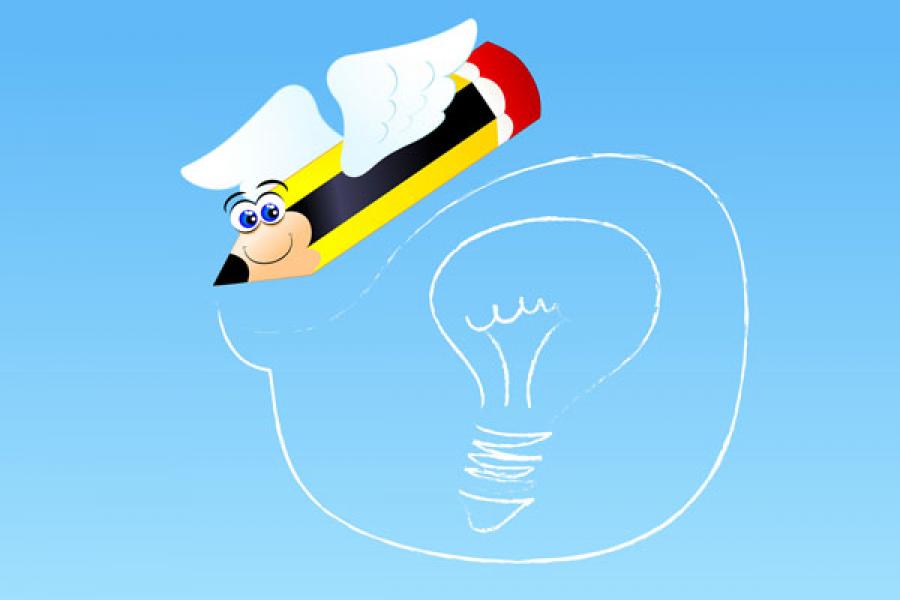 In a well-marked line from the movie The Social Network, Facebook founder Mark Zuckerberg turns to the Winklevoss twins, who are suing him for stealing their invention, and says: "If you guys were the inventors of Facebook, you'd have invented Facebook." The words speak volumes about the origins of one of the most successful companies on the planet, but are also a commentary on the origins of any invention.

"Anytime you invent something, you have really invented two things—the thing itself, and an idea," says Harvard Business School visiting professor Gautam Ahuja, a professor of strategy at the Ross School of Business at the University of Michigan. In the case of Zuckerberg vs. the Winklevosses, the twins may have had created a simple interface for college kids to connect with one another, but it took Zuckerberg to take the idea and turn it into that of a worldwide social network that would allow everyone to share their lives with one another across geographies.

In a paper published last year in the Academy of Management Review called "The Second Face of Appropriability: Generative Appropriability and Its Determinants," Ahuja makes distinctions between two types of value: "primary appropriability," or a company's' ability to exploit the opportunity of an invention by turning it into a product, and "generative appropriability," a firm's ability to capture the later value inherent in the idea.

"Often companies don't fully exploit the latest ideas that their product has created," says Ahuja, who wrote the paper with Curba Lampert of Florida International University and Elena Novelli of City University London. "They go on and create new products and inventions without realizing the potential for building new products out of their existing inventions."

Take Xerox, for example. Its research center, Xerox PARC, famously had invented the graphical user interface, mouse, laser printing, and other technologies that would later become commonplace in modern computing, but did not commercialize the innovations. It was Steve Jobs and his Apple team that saw the possibilities during visits in 1979 and made them the cornerstone of the Macintosh. In other words, while Xerox may have invented many wonderful things, it did not necessarily profit from them in terms of either primary or generative appropriability.

By contrast, years later, Apple broke new ground in the creation of the iPod, a simple portable device that allowed users to play music through a digital library. But it didn't stop there. Realizing the potential of the invention, Apple employed many of the ideas used in the iPod as a foundation for an entirely new product, the iPhone. And then it increased the size and added functions to create the iPad, a portable tablet computer.

"It was already halfway to becoming a computer, and they completed the job," says Ahuja. "Apple is a company with good generative appropriability that is constantly building on its ideas to create new products."

When Ideas Conflict
While such ingenuity may seem like a simple process of brainstorming on current inventions to create new ones, it comes with a catch. Oftentimes, says Ahuja, primary and generative appropriability are in conflict with one another. "Very often, the things that help you make the most money out of an invention are in conflict with the things that help you create most value out of an idea."

Look no further than Facebook's rival MySpace to see how too strong a focus on the former can hurt the latter. Acquired by NewsCorp in 2005, MySpace exploited the commercial potential of social networking by selling ads to create profit; however, in focusing on commercialization too early it arguably failed to adequately develop the full potential of the concept. Facebook, by contrast, has been very careful about monetizing its site only gradually over time through the collection of customer data—all the while developing the idea by layering on new services such as messaging, photo sharing, and location tagging that continue to make it increasingly valuable to users.

Companies also have to weigh the importance of protecting the primary versus the generative value of a product. The natural way to protect an idea is to patent it, but that mechanism is not always effective. Epilady invented a new way of shaving that involved wrapping hair on a spring and pulling it out of the skin instead of cutting it. By patenting that process, however, it gave competitors insight into the idea. Competitors with deeper pockets used the same concept with elaborated features that would go beyond the ones patented to outperform Epilady in the market, and the company eventually lost out.

In this case, says Ahuja, the company may have been better off giving up its product and instead profiting by licensing the idea to Gillette or another large company. "Companies patent something to prevent others from coming into their space, but often patents are not effective against follow-on inventions and sometimes patenting eases the task for other to design around them," says Ahuja. "Whenever you invent something, you open up a trajectory and people are going to come after you. And if they have better assets to solve the problem, they can come up with a better product."

The other choice companies have is to keep an idea secret in order to protect the value of the idea and maximize generative appropriability. Of course, that course can lead to its own pitfalls, since it leaves companies little recourse in the event that someone else steals their idea.

But there are things they can do to protect their idea while still keeping it secret, says Ahuja—for example, dispersing research activities across different geographic locations to keep competitors in a certain area from capitalizing on the R&D infrastructure you set up. Ahuja also advises creating moderately sized research teams; not too large that they become bureaucratic and unproductive, but not too small that one person can take the idea out the door when they leave for another job. "If you have a research team of three people, someone hired away has 33 percent of the idea. But if you subdivide it into eight people, each one of those people becomes less attractive to a competitor."

Setting the Right Conditions
For companies looking to increase their generative appropriabilty, Ahuja offers advice as well. "Push for stretch goals in innovation," he says. Under pressure to produce in a short period of time, research teams are necessarily forced to go back and find new value in what has already been done than reinventing the wheel.

Likewise, firms are better off providing moderate levels of resources—not too much and not too little—to research teams. "If the budget is too small, there is little possibility of creating new products," says Ahuja. "But if it's too high, there is no incentive to go back and look at your own ideas." With a level in the middle, R&D teams will both forced to look at current ideas and able to take them in new directions.

Finally, says Ahuja, it's essential to put a knowledge management system in place that provides incentives for new designers to talk to old-guard engineers rather than just reading about their inventions on paper. He cites the words of former Hewlett-Packard CEO Lew Platt: "If only HP knew what HP knows, we would be three times more productive." Just the interchange between old and new designers can help generate new ideas from old ones.

That's not to say that companies should only look to the past, but follow guidelines like these, says Ahuja, and companies will be in the best position to get the most out of the ideas they invent.

"Inventions can be cumulative," says Ahuja. "You can build new inventions based on your past inventions. One part of the company is going out there to make the money, and the other part is staying behind saying now that we solved that problem, what else can we do with this?" Answering that question can create brave new inventions out of ideas you've already had.

Tweets by @forbesindia
Metacognition and the utility of Self-awareness
Leaders Of Diverse Teams: Making People Diversity Blind Or Mindful?