Even when group members are psychologically aware of their demographic differences, teams under charismatic leadership do not translate their awareness of being different into poor task performance 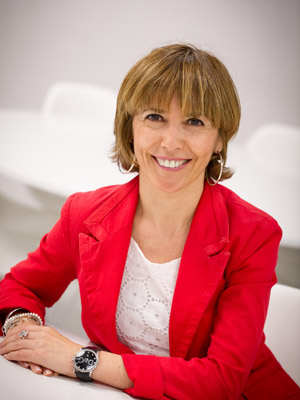 Diversity has become a fact of life for many organizations. The changing nature of the workforce and the popularity of work teams means that more of us are working with people from different demographic backgrounds. This increased diversity is one of the main challenges of today’s organizations.  Demographic diversity can be a positive influence when differences in perspectives stimulate in-depth understanding of the issues at hand, and can promote better quality and more innovative solutions to problems and decisions. At the same time, demographic diversity can likewise result in interpersonal tensions and factional thinking that is detrimental to team performance. An important challenge is thus to prevent the negative effects of team diversity and to stimulate the positives – a challenge that puts the role of team leaders at center stage.

My co-authors (Daan van Knippenberg from Erasmus University and Shainaz Firfiray from Warwick Business School) and I propose that team members’ perceptions of leaders’ charisma can minimize the negative effects of diversity on evaluations of team performance in two very different ways. First, it is possible that seeing charisma in their leaders makes team members “diversity blind” so that they do not “see” these differences because of the group members elevated sense of identification with their leaders and their values. Alternatively, it is also possible that while objective differences are perceived, the sense of power and confidence attributed to charismatic leaders makes team members “diversity mindful” so that they appreciate their differences overcoming the propensity to negatively evaluate their team performance.

Our approach differs from traditional diversity research in that we put emphasis on psychological aspects of diversity. We examine for the first time the salience of social categories such as sex and race in the minds of group members. We develop a novel measure applying methods from artificial intelligence to determine the degree to which the categories of sex and race are psychologically significant in the mind of team members. In doing so, we are able to study how charismatic leadership can serve as an antidote to intergroup biases often associated to diversity.

Conventional wisdom suggests that sex or race differences between team members would inevitable invite social categorization in term of own group and other groups, and such categorizations would certainly invite intergroup biases that would disrupt performance by reducing the willingness to collaborate with demographically different team members producing breakdowns in communication. However, we propose and empirically test that if a leader is perceived to have sufficiently high levels of charisma, followers may begin to turn a blind eye towards the demographic differences that distinguish them from others within the group. Furthermore, it is also possible that even when group members are psychologically aware of their demographic differences, teams under charismatic leadership do not translate their awareness of being different into poor task performance.

In our study of gender and race diversity in 42 manufacturing teams in the United States, comprising 287 members, we test these two competing ideas: the “diversity blind” hypothesis and the “diversity mindful” hypothesis. In addition to the objective distribution of sex and race attributes within the team, we also consider fautlines of sex and race. Diversity in work teams is very complex and does not only comprise of single attributes, but rather the compositional dynamics of multiple demographic attributes that can potentially subdivide groups. Groups that have identical dispersion of demographic attributes can still have different dynamics if those characteristics are aligned among the individuals in the group so that when the group is divided on the basis of one attribute (e.g., sex), then these subgroups are very similar with respect to other attribute (e.g., race). For example, in a group of five, all three females are white and all two males are black. Thus, we consider the degree of sex diversity, race diversity in the group as well as the strength of faultline between sex and race.

Our results show that perceptions of team leader charisma makes people both sex and color-blind, so that they become oblivious to these differences, supporting a diversity blind effect of charisma when the group is highly diverse in terms of sex and race faultline. In other words, diversity-blind responses inspired by charismatic leadership preempt intergroup bias by suppressing social categorization of both sex and race in combination. However, we find a mindful response to diversity when the group is diverse only in terms of sex differences. Under conditions of sex diversity – even when members are psychologically aware of their sex identities – perceptions of charisma in the leader make people mindful about their differences reversing the negative consequences of sex identity salience on evaluations of team performance, supporting a reduction of intergroup bias inspired by charismatic leadership.

Our results shed new light supporting the idea that the effects of diversity on team performance is in part contingent on charismatic leadership. In strong sex-race faultine groups, charisma makes team members diversity blind. Team members’ personal identification with the leader helps them establish an emotional bond with the leader that may blind followers to their differences. The ability to connect to people in a charismatic way may create among followers a sense of belongingness and a willingness to set aside individual differences that over time may become unnoticeable. The perception of charisma in the leader becomes the unifying glass through which team members see each other, undermining visible demographic differences. Although a diversity-blind response reduces potential negative biases associated with strong sex-race faultline groups, by the same token, they discourage proactive engagement with diversity as an informational resource.

In mixed-sex groups, in contrast, charisma makes team members diversity mindful. Charismatic leadership buffers intergroup biases to sex diversity even when they are psychologically aware of their sex differences. The sense of respect and pride that charismatic leaders instill in their followers is often reinforced by leaders collective vision that further enhances team identification among followers and they may pay less attention to their differences and more emphasis to the unifying and collective vision provided by the leader. Followers of charismatic leaders may begin to transcend their own short-term self-interest or their own identities for the sake of their workgroup.

Our findings provide practitioners with valuable insights on how to manage diverse work teams. Diversity has long been associated with dysfunctional team dynamics. However, if managed effectively, sex and race differences among team members can be exploited to achieve superior team outcomes.  As managers and organizations grapple with the challenge of diverse workforces, understanding the role of salience can allow them to adapt their leadership approaches to the contexts of different diverse teams. Much of the literature on diversity has not explicitly examined salience in diverse work teams and our study fills this void by illustrating not only how charismatic leadership influences the emergence of salience but also its impact on team performance. Our findings imply that to effectively manage diverse work teams, managers need to move beyond examining observable indicators of diversity and pay attention to the psychological salience of diversity and how charismatic leadership can counteract intergroup biases.

In particular, our study shows how the charismatic qualities of leaders can inhibit the emergence of salience in teams with strong sex and race faultines. Moreover, it also shows that in the presence of sex diversity, charismatic leadership can make their followers mindful of their differences to work towards outcomes that are beneficial for the entire team or collective. These findings underscore the need for leaders to establish a charismatic relationship with members of diverse teams as such relationship can either make team members blind to their demographic differences or make them mindful of their unique differences to contribute towards the shared goals of the team. Organizations can invest in leadership development programs that help managers develop strong emotional and interpersonal bonds with their followers and reconcile the occasionally negative influences of diversity within their organizations.