Should Pay-for-Performance Compensation be Replaced?

Pay for performance sounds right. It aligns managers and investors. It has been the gold standard for compensation at least since proponents of agency theory 25 years ago began advocating the use of stock options in compensation packages. Its use is a source of praise in the evaluation of governance by rating agencies that provide guidance to shareholders in proxy voting.

As a result, pay for performance is almost universally employed in the US and increasingly elsewhere, even though the forms it takes ebb and flow. But now questions are being raised about whether pay for performance at its core is fatally flawed or at least misused. 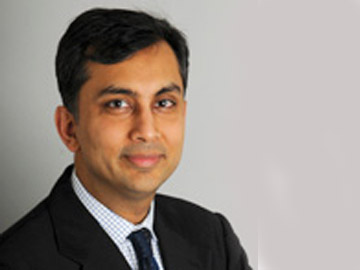 Mihir A. Desai is the Mizuho Financial Group Professor of Business Administration at Harvard Business School
Mihir Desai, the Mizuho Financial Group Professor of Finance at Harvard Business School, has written recently decrying the practice of tying executive compensation to a company's stock price. He equates P4P to "outsourcing" the appraisal of management to compensation committees—a practice that encourages managers to act for near-term success of the business. This pleases investors who have a short-term interest, at the expense of the long-term performance of the company.

One way to address this issue would be to remove the irrationality of the markets (itself a controversial topic) from the calculation of compensation by linking performance-based pay to numbers such as operating profit. This does not mitigate the argument against short-term incentives. Nor does it address the tendency of compensation committees to rely on numbers rather than judgment. Going even further, perhaps nonfinancial measures, such as those related to product quality, customer perceptions of service quality, or success in developing talent, should be injected in some way into the calculation.

Regardless of the solution favored, Daniel Pink reminds us that all of these practices run counter to a great deal of research questioning the value of extrinsic (monetary) incentives in influencing desired effort, especially if they are routinely expected and aimed at managers who may be relatively insensitive to added monetary awards.

Any effort to inject long-term thinking into pay for performance requires some amount of judgment on the part of those responsible for compensation. For example, awards can be made subject to performance, however it is measured, over longer periods of time. But what is the right length of time? How much of the total compensation should it involve? How is it explained clearly to managers who are not financially oriented? Longer-term incentives involve delays in compensation that may make a job much less attractive to managers with shorter-term needs or interests. On the other hand, it may serve as a way of sorting out managers with a longer-term view of the job.

What we can conclude from the discussion is that no single approach to paying for performance fits every organization. But the discussion suggests several pertinent questions:

Is "pay for performance" losing its allure? What do you think?

Tweets by @forbes_india
John Little: The Man behind Marketing Science
The Dell Foundation and its Queen Susan