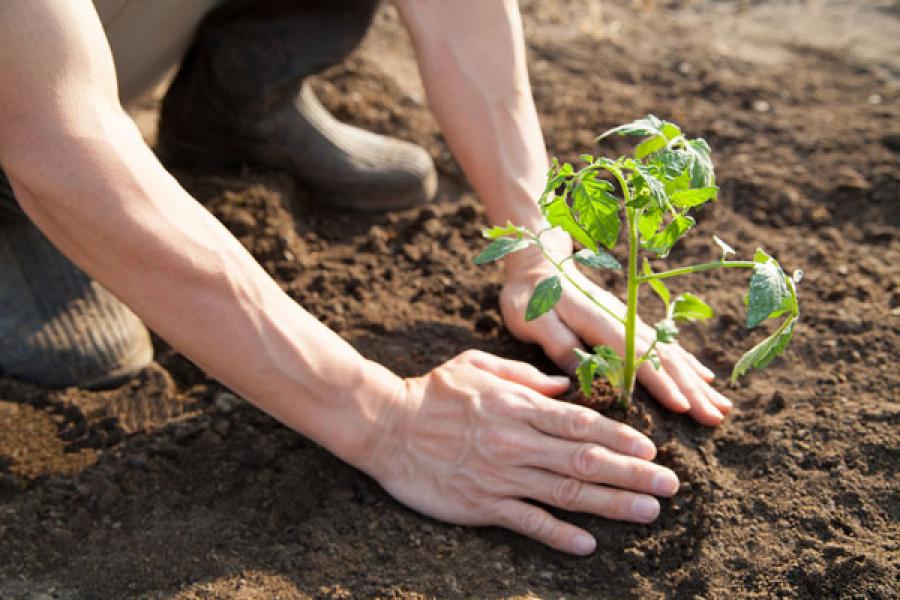 In the course of her work, Rebecca Henderson meets business executives who don't address the threat of climate change because they don't believe that it exists. Her recommendation: They should consider investments in environmental sustainability anyway, assuming that they do believe in generating revenue for their companies.

"For many firms, it's possible to act sustainably and make money at the same time," says Henderson, the John and Natty McArthur University Professor at Harvard University who has a joint appointment in the General Management and Strategy units at Harvard Business School and serves as co-chair of the HBS Business and Environment Initiative.

In her working paper Making the Business Case for Environmental Sustainability, Henderson explains how companies like Unilever, Coca-Cola, and Zipcar approach environmental issues with profit margins in mind. The paper lays out three ways for firms to profit from investing in sustainability: forestalling risk, increasing operational efficiency, and selling to the environmental niche.

"The business case for making [environmental investments] cannot only rely on immediate, short term returns," Henderson writes in the paper. "Instead it rests on a sophisticated understanding of the risks entailed in doing nothing and on the opportunities inherent in moving early to prepare for a range of plausible futures."

Henderson notes that corporate history is chockablock with companies whose potentially risky bets paid off in the long term. "Take DuPont's investment in nylon," she says. "They spent many years stabilizing the process and learning to scale it up. And of course once they introduced it, it was an amazing success. Or there's Corning's investment in fiber optics. The entire history of Corning is a history of really significant investments taking a while to pay out. Another really nice example is Walmart's investments in its IT systems, which were quite costly and made over many years. In the beginning, people didn't think Walmart was such a big deal. But then of course it became the largest firm in the world."

Forestalling risk, increasing operational efficiency, and targeting a niche
In terms of environmental sustainability, forestalling risk can mean proactively taking environmental measures in anticipation of future regulatory requirements—thus preserving the legal right to keep operating the company. It also can mean preventing damage to the brand.

Take the Coca-Cola Company, whose brand is worth more than $81.5 billion, the third most valuable in the world, according to a 2014 report from Interbrand. Following complaints that Coca-Cola was depleting and poisoning local water supplies, the company announced in 2007 plans to achieve "water neutrality" by 2020—meaning Coca-Cola will replenish all the water it uses in beverage production. "They're minimizing the political and consumer risks they face from people who say, 'You're taking all the water,' or 'You're polluting local water supplies,'" Henderson says.

Regarding operational efficiency, Henderson lists several companies that saved money by saving energy or reducing waste. For example, IBM reduced its electricity consumption by 6.4 billion kilowatt-hours between 1990 and 2013, during which time it saved $513 million through energy conservation alone, according to the company website. Walmart reports having saved more than $200 million annually through its waste reduction efforts.

"The idea that in particular reducing your waste stream might be profitable is quite well established, going back to research on the chemical industry 30 years ago," Henderson says. "And there's a lot of suggestive evidence that saving energy is also often quite a profitable thing to do."

On the topic of consumer marketing, Henderson acknowledges that the majority of shoppers still aren't willing to pay a premium for sustainable products. However, the environmentally minded minority make up a growing, powerful niche.

According to a 2014 report from Boston Consulting Group, some two-thirds of total growth in the grocery sector has come from "responsible consumption" products. For example, organic grocer Whole Foods' annual revenues have increased steadily in the past five years, from $9.01 billion in 2010 to $14.9 billion in 2014. BCG recommended that conventional brands would do well to enter the environmentally friendly product market, as Clorox did by launching its Green Works line of cleaning products, or as Unilever did by acquiring Ben & Jerry's-which recently announced plans to stop using genetically modified organisms in its ice cream.

There's also the booming "sharing economy," which is built around the concept of monetizing shared resources, thus cutting down on carbon consumption and other environmental manufacturing costs. Henderson cites the car-sharing service Zipcar, which Avis recently bought for $96 million, as well as home rental service Airbnb, noting, "Why build new hotels when we've got all this spare capacity?"

Henderson works closely with the STAR Lab, a new initiative focused on research about environmental consumer behavior. "We're looking at the best way to communicate sustainability efforts to consumers," she says. "Part of the challenge is figuring out why they care."

For instance, MIT and Harvard researchers studied whether jeans would sell better if labeled with information that they had been manufactured in an environmentally conscious facility. Field experiments at 419 Gap stores and 155 Gap Outlet stores revealed that these labels increased sales by 8 percent among female shoppers in the retail stores. Among male retail shoppers and all Gap Outlet store shoppers, however, the labels had no discernable effect.

Conducting a scenario analysis
In the paper, Henderson recommends using scenario analysis to identify possible profitable opportunities—a systematic process for considering multiple possible ways that the future might unfold. Henderson says when she works through the process with executives, they're often surprised to find that their "business as usual" strategy has less than a 50 percent probability of panning out.

"What sustainability analysis does is to really make [executives] stop and think," she says. "'Will consumers start to care about this? Will we face new regulatory pressures? Are there new opportunities we're overlooking?' It moves from being an all-or-nothing religious war—'Global warming's not happening so we don't need to react' vs. 'Yes, it absolutely is'—to a thoughtful process: 'Well, maybe it is happening, or maybe our customers are going to start worrying about it.' It's a very productive way to up both the conversation and the strategic space.

"When every major national academy and every major scientific peer-reviewed paper suggests that there's a significant risk to doing nothing, to me investing in sustainable ways is a calculated risk calculation that as businesspeople we should all be comfortable exploring," she says. "The scientists may be wrong, but do we want to gamble 100 percent that they're wrong? You don't have to be a believer, you just have to hedge your bets. That's good business practice."

Tweets by @forbesindia
Why globalisation is failing, and what to do about it
Billionaires behind the bar