Fight Traffic From The Comfort of Your Car

Combat traffic from inside your car 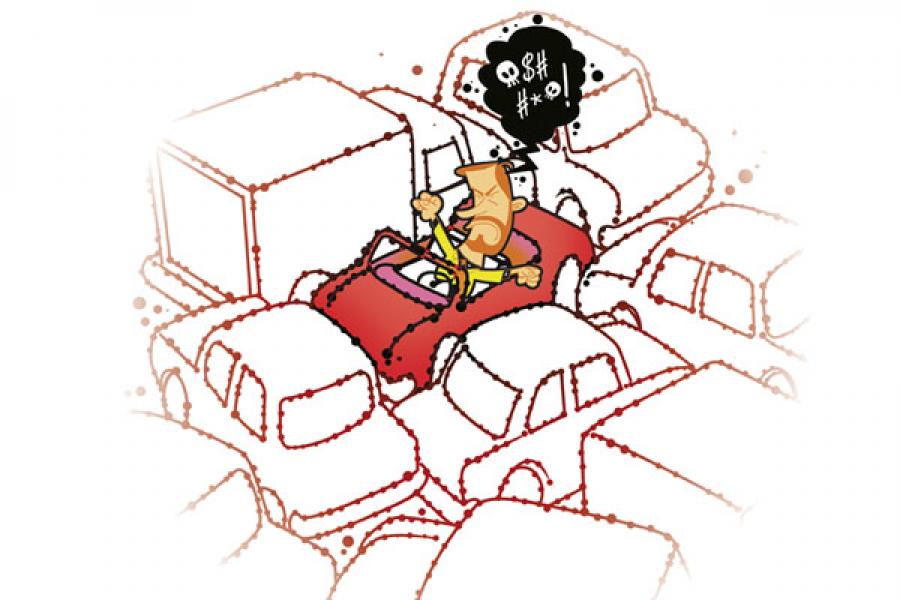 Alfred Hitchcock once said that conversation is the enemy of good wine and food.  I wonder what he’d say about conversations on the weather. Or in our days, about conversations on traffic. In much of the world that has been snared by its clutches, traffic has become the new weather that occupies our bored banter. Unfortunately, the images of China’s now-regular 100-kilometre jams bode poorly for even the most planned developing economies. Traffic is the cherry on top of the double digit growths.

Beyond the nuisance, is there anything wrong with a little traffic? Turns out that traffic can cause an increase in blood pressure, heart rate and stress. A study that examined heart attack survivors found that being stuck in traffic was an independent risk factor and that the patients had more than double the risk for a heart attack when they were in traffic right before their event. Is it the stress of traffic, or its associated increased pollution that precipitated the heart attacks? Probably both; but just as there is little we can do from the comfort of our cars to combat traffic, we are pretty helpless about levels of pollution as well. What we can combat is our stress. Here are some tricks that you can pick, depending on whether you are driving, or being driven.

The Sweet Smell of…
New research shows that the smell of cinnamon or peppermint may curb driver fatigue, increase alertness, and ease frustration behind the wheel. Chew on some cloves, or use air fresheners or auto diffusers with fragrances of their essential oils to keep you calm.

Take it Easy
Load Traffic Rush onto your iPhone and play the role of a virtual traffic cop superhero, serving as a traffic monitor for a busy intersection in some proverbial large city. The goal of the game is to prevent an accident and the fun ends once the first one occurs. If you don’t have an iPhone, pick from any of the other lesser games preloaded on your phone. Or as my friend Roshan Abbas suggests, “Work from home and play car racing video games. At least somewhere you will find empty streets!”

Block out the Noise
Turns out that one of the major causes of stress during traffic jams is the associated noise. People who live near noisy roads are more likely to report that they suffer from high blood pressure. Block out the noise with noise cancelling headsets.

Pranayama
In his book, Mend the Mind, Mind the Body, Meet the Soul, Dr. Raj Kapoor advises deep diaphragmatic breathing as a way to ease stress. More the traffic, more the yoga. Keep it up and you won’t need to wake up for your early morning yoga sessions any more. Yippee!

Be Productive
Be prepared with some meaningful podcasts loaded on your portable MP3 player.  Nightingale.com has a treasure trove of self development podcasts, ted.com will always make you realise how out of touch you are (thank Traffic for the chance it gives you to catch up!), and even Forbes India has special features that become podcasts for your traffic pleasure on business.in.com/audiolist.php .

Think Different
Driving against the traffic is one of those rare occasions when the word ‘pleasure’ could be used in the same breath as ‘traffic’. Take a longer route with less traffic.  And what we all want to do, but probably never will: Chuck the double digit growth and settle for slow growth places with less talk about the traffic.

Let us know what gets you through traffic!

(This story appears in the 24 September, 2010 issue of Forbes India. You can buy our tablet version from Magzter.com. To visit our Archives, click here.)