What do the six companies that follow have in common? Confidence in their plan and the ability to translate that into business success

By their very definition, hidden gems are not easy to find. These companies aren’t, well, in-your-face. For the most part, they aren’t regulars in the limelight; they prefer patient capital and a few investors who understand their business and are not in a hurry to make a quick exit. They have a more measured approach as against the frenzied valuation and investment play that bring many startups into popular gaze.

The pages that follow present a selection of six such companies in our annual Hidden Gems issue. These names are part of a long list suggested by industry experts, investors and analysts, who have their ears to the ground.
Simply put, to qualify as a hidden gem, they had to have:
(The last criterion automatically excludes ecommerce companies and most startups.) 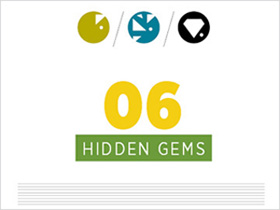 This year, a part of our selection has tended towards companies that are trying to solve real issues. For instance, take financial inclusion. Opening a bank account and borrowing money through the formal banking channel isn’t possible for 35 percent of the population, according to research agency Financial Inclusion Insight. To meet this need, companies like IFMR Capital and Janalakshmi Financial Services created their own innovative processes to tackle the credit demand at the bottom of the pyramid. These companies are headed by people from a banking background who could have chosen to build investment banking companies and enjoyed the fat margins. But they decided to take the tougher route, and are now seeing high growth and profits too.

Another company, ACT Fibernet, is bringing high speed wired broadband to Indians at close to half the price offered by competitors; and taking significant steps towards addressing problems related to data constraints.

ACT has created a business by choosing a wired network with fibre-to-the-home technology, and has become, in eight years, the fourth-largest broadband ISP in the country with plans to go bigger still.

Higher broadband speeds would greatly help companies like Nazara, a mobile gaming venture that has used a subscription-based model to attract new gamers. With India being the third biggest market for mobile phones, the potential for growth for Nazara is huge. The user-base will get fuelled by the fact that smartphones are getting more powerful in terms of their processing power, and that the education sector wants to create gaming-like content to make students understand complex concepts. Another company using the ‘fun’ quotient to take education to the youth is Byju’s, which has moved from being a coaching class for CAT to a mobile learning app with over 5 million downloads and two lakh paid subscribers.

One of the selected six, Vini Cosmetics, is a case study in a homegrown challenger taking on, and winning, against the big MNC. Through the success of Fogg deodorant, Darshan Patel, the promoter of Vini Cosmetics, showed his understanding of the consumer’s mind.

His advertising campaign that communicated the longevity of his products over the competitor’s proved crucial. In just four years, the company has a sales turnover of Rs 600 crore and is continuing to expand at a fast rate.

The common thread across the six is representative of the smart entrepreneur who sticks to the traditions of profit-seeking and risk-taking, and manages to convince others—in this case, investors—to come along for the ride.