The tumultuous era that made Far Eastern Economic Review so relevant, is gone

Dow Jones’ announcement last September that it was closing down the Far Eastern Economic Review didn’t exactly come as a surprise. The 64-year-old publication had been limping along since October 2004 when the entire staff was let go and the weekly news magazine was converted into a monthly (if that) contributor-based commentary on the region’s public affairs.

Several recent articles, mostly by former Review journalists, have attributed the passing of the region’s most influential current affairs magazine to the steady erosion of its independence and unique journalistic style as Dow Jones steadily tightened its grip. That’s an overstatement. 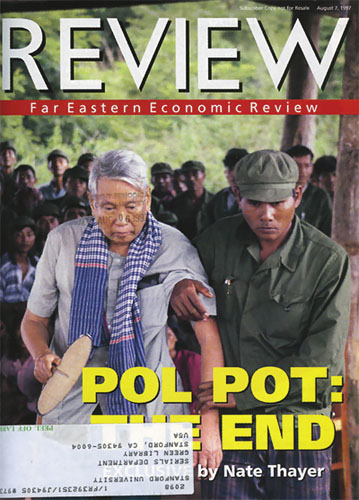 Launched soon after World War II, the Review was a quirky magazine of record, documenting and explaining the region’s amazing transformation over the next half century
Launched soon after World War II, the Review was a quirky magazine of record, documenting and explaining the region’s amazing transformation over the next half century. The Review was driven almost entirely by the enterprise and vision of its reporters in the field. It was a grassroots magazine compiled and edited in Hong Kong from the contributions of writers who knew their subject first hand and wrote solely about what they considered relevant.
Their dedication produced ground-breaking stories, amongst the best known of which were Nate Thayer’s interview with Pol Pot, fugitive leader of the genocidal Khmer Rouge, John McBeth’s profile of an unknown Army captain named Susilo Bambang Yudhoyuno and Ahmed Rashid’s prediction that a ragtag militia of ex-seminarians called the Taliban could one day rule Afghanistan.
As all three stories suggest, the Review was at its best when capturing a region at war with itself, under martial law and ruled by authoritarian regimes of one hue or another from China and Vietnam to Malaysia, Singapore, Indonesia and the Philippines. Reporting politics from Cambodia, Myanmar, Laos or anywhere else in East Asia (barring Japan) then was nothing short of heroic.
But the region changed. Japan’s reconstruction and the wars in Korea and Vietnam brought huge investments into the region and sparked an economic resurgence that lasted almost 40 years. In time Asia’s autocracies, whether in South Korea, Taiwan, the Philippines, Thailand or Indonesia made way for democracies and, except in intractable pockets such as Mindanao, Aceh and East Timor, peace and the rule of law.
By the time Dow Jones took control of the Review in 1992, Asia was a transformed place. It was home to the Asian Tigers, the fastest growing group of economies in history, and a China that had embarked on a course that would rescue the largest ever number of people from poverty. The Asian financial crisis briefly interrupted the party but the region’s transformation into a modern, market-driven society was now a given.
It was inevitable that as Asia changed, the Review would too. It became just another news and current affairs magazine. To succeed, the magazine had to apply its ingenuity to the Asia of the day: Reporting routine political skulduggery or exposes of crony capitalism that the Asian financial crisis had revealed. The risk was no longer bullets or arrest but legal writs.
The Review tried its best, but the thrill was gone. Of course there were vast swathes of Asia still unreported and stories yet to tell. But the Review’s core markets didn’t seem interested. Dow Jones downsized the magazine, merged the Review’s editorial staff with that of the Asian Wall Street Journal and pushed it into covering uncharted territory such as technology and lifestyle.
Worse, even as traditional rival Asiaweek folded, newcomers in the region like The Economist seemed to be doing a better job of covering the region’s business and politics and, incredibly, making money out of it. That was galling. Here was an international English newsmagazine succeeding where the home-grown Asian one was floundering.
The Review was never about business journalism and the business of East Asia had become little else but business.
The author was the business editor of Far Eastern Economic Review