A Lean Production System is Bad for Workers 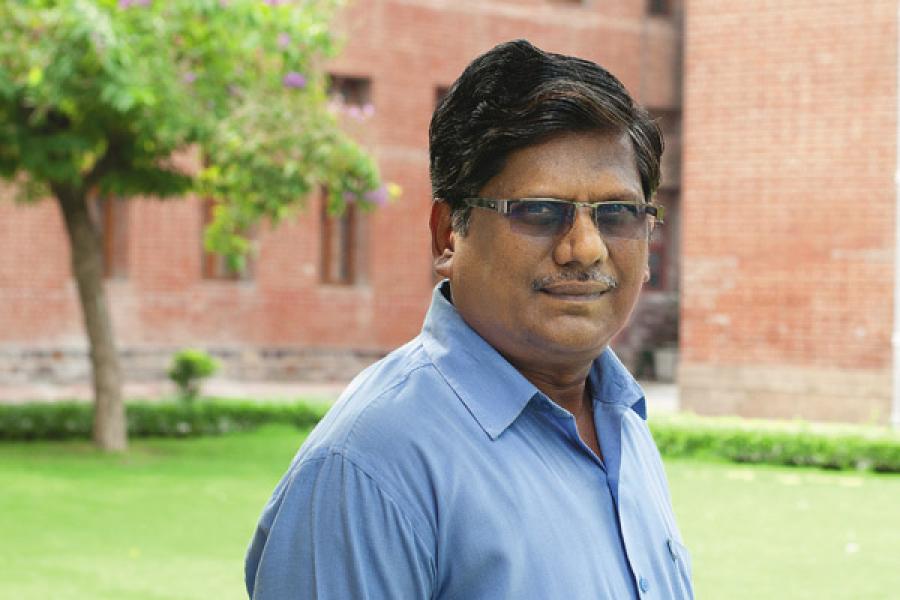 In 1936, Charlie Chaplin released his movie Modern Times. The film starts with the shot of a herd of jostling pigs followed by a frame that captures a swarm of workers entering a steel factory. It makes a telling statement on the similarity in the behaviour of animals and humans. The movie then goes on to tell the story of Chaplin, whose job as a factory worker involves tightening nuts on a piece of machinery on the assembly line. After a few hours, as the line accelerates and work picks up a frenetic pace, Chaplin suffers a nervous breakdown, creates terror on the floor and ends up in hospital. Three quarters of a century later, nothing seems to have changed.

Sitting in the library of Delhi’s Shri Ram College of Commerce (SRCC), Professor Annavajhula J C Bose says the human mind goes through severe stress when it has to do the same task over and over again for more than eight hours a day and for over 350 days a year. Repetitive function, along with a punishing work environment and ridiculously low wages, saps a worker mentally and physically. “It is no surprise that these factories need young guys who can slave that much. But, by the time you are 35, you are done,” he says.

Bose is associate professor in the department of economics at SRCC. Over the past 10 years, he has trawled the factories and villages of Gurgaon, Noida and Faridabad to study the condition of workers in one of the largest automobile clusters in India. In his PhD thesis, which he submitted in July, Bose has uncovered shocking realities of the life of a worker and the pitfalls of following the Japanese lean production system blindly.

In the past four years, there has been an alarming rise in industrial conflicts in the National Capital Region. Skirmishes between workers and the management at Honda, Maruti Suzuki and Pricol factories have led to the loss of hundreds of jobs and many lives. What has caused such catastrophe? Bose blames it on the much-touted Japanese lean production system that, he says, has failed to deliver on its promised benefits. Not just in India but across the world. “People said there will be innovation in the automobile industry all over the world and they talked about lean production as its basis. A lot of people also said the industry will be the bellwether of employability in terms of labour relations,” says Bose. He, along with a few researchers, decided to check if there was any empirical evidence to back this claim.

What they found was startling. During the golden era of capitalism in the 60s and the 70s, all top Japanese companies ensured job security, wages based on seniority, enterprise unionism and consultative decision making—components that make up labour-friendly working conditions. They quickly junked the model when economic recession set in in the 1990s. What they proposed instead was a restructuring, dubbing it the ‘Japanese style of management in a new era’ and throwing job security and seniority-based pay system out of the window. According to the new principle, each firm should figure out how to separate ‘stock’ and ‘flow’ workers and decide pay strictly on the basis of performance.

Bose contends that this new form of lean production led to the rise of exploitation of contract labour. He explains how. On the pretext of maintaining a flexible workforce, the owner of a unit creates a fake contractor from among the supervisors and managers. The contractor is not registered as it would entail valid records, regular wages and other entitlements. He then informs the labourers that they are contract workers, pays them a pittance and never makes them permanent. “Doing field research on this is very difficult. Nobody wants to talk about the contractors. My own sense tells me they are dangerous people,” adds Bose.

A case in point is Maruti Suzuki. At the carmaker’s Gurgaon plant, the number of contract workers increased from about 40 percent of the workforce in 1983 to 70 percent (4,000) in 2007. Bose says the rest of the workers, about 1,800, were old and under pressure from the management to accept voluntary retirement. At its new plant in Manesar, the company had 85 percent contract workers in 2007. Two other automobile companies also have similar proportions—while Ford India has 75 per cent contract workers, the figure at Hyundai stands at 82 per cent.

Director of Industrial Relations Institute of India Dr R Krishna Murthy, who has seen Bose’s study, speaks of another problem that, till now, has been brushed under the carpet. He says several companies get trainees to do regular work for years, but without proper training. “There is barely any training for these individuals who work extra hours without getting paid. This is the other tinderbox waiting to explode,” he said.  Bose and Murthy say that for several years Maruti, too, has followed such a practice. “This is dangerous and against labour laws,” says a former CII official who has followed the automobile industry for several years.

Murthy believes the contract workers perform better than the permanent ones. Yet, the latter are paid three to four times more than what contractors pay the former. “There is severe resentment and anger among them. What makes it worse is that the company turns down their demand for dealing with their union. However, the company is within its rights to say it won’t negotiate with workmen engaged by a contractor, which is exactly what Maruti did when the first round of violence took place,” he said.

In his research, Bose has revealed another alarming practice at Suzuki Motor Corporation. During his field research in 2007, workers told him that on the pretext of training, they, along with others from units in Pakistan, Bangladesh, Indonesia, Hungary and Thailand, were sent to the parent factory in Japan for mainline work. Only a quarter of the workforce at the factory is permanent. The rest are temps, and included the trainees who had to put up with a gruelling schedule, humiliation and an additional pay of Rs 1.25 lakh (over three to six months) along with their usual salary. Maruti dismisses this claim outright. In a reply to an emailed questionnaire, the company says that when Suzuki set up a facility in India, one of the objectives was to establish Japanese manufacturing practices, like kaizen, 5S, 3G etc. However, most of the locals recruited were from a rural background, with limited skills obtained at technical institutes. They had no exposure to either Japanese manufacturing practices, or to elements of Japanese work culture, like team work, common uniforms and canteens and so on.

“In fact, these were practically unknown across corporate India,’’ the spokesperson writes. “It was decided that the best way to inculcate these values in the workers, and train them in the manufacturing practices, would be by giving them first-hand exposure. Unless they worked on the shop floor and saw for themselves, they would never appreciate these practices. Rather than classroom lectures, it would be far more effective if they experienced some of these practices and values as they were being applied on a shop floor in Japan.’’

Bose says this is information that workers have shared with him. He pursued the Maruti management for three years for meetings but the company did not oblige. “I have stood at the factory gates for hours. Once, I even got a meeting but they were acting funny, in a sense implying that they don’t entertain researchers,” he says. If this is the condition of the mother unit, Bose wonders what happens to workers down the supply chain. “World over, people are aware that there is a three-tier structure for sub-contracting. By the time you come to the third tier in India, you can see production in slums, semi-rural settings, household and unregistered illegal units… you are in a completely invisible world,’’ he says. “Discovering this structure is hell.’’