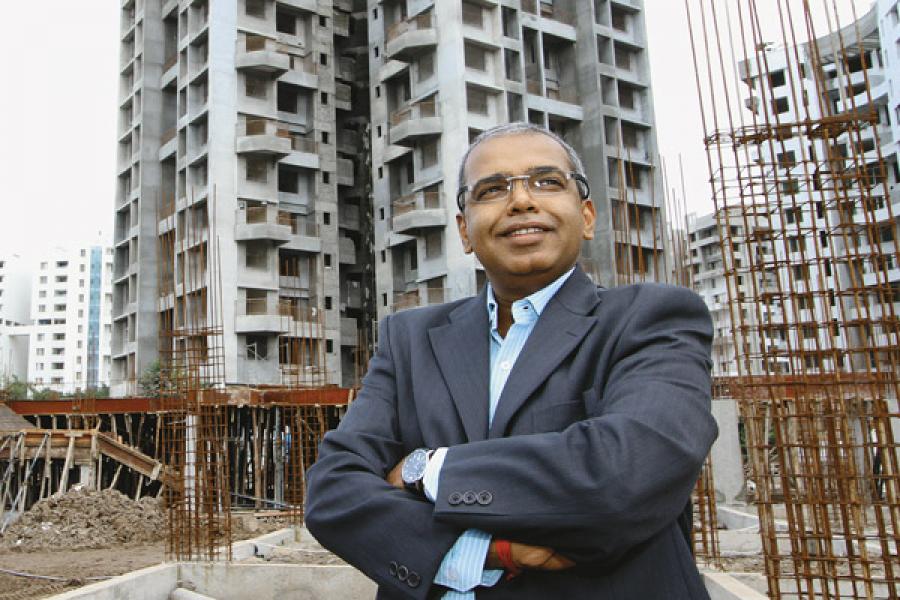 If buyers can come together to get bulk discounts on expensive cars or trips abroad, why don’t they use the same principle while buying their own house?

This is a question Nitin Degaonkar asks anybody who wants to buy a flat in big cities where real estate has become unaffordable. Individual buyers, he feels, neither have the time nor the information to grab the best deals within their budget. This makes them sitting ducks for developers who operate in a cartel. It is to bypass this nexus that Degaonkar set up the Home Buyers Combine.

Over the past few years, the turmoil in the global economy has brought bad tidings for realtors. Yet, they are scared to lower prices as they feel that it will reduce the profit of their businesses as well as of the early-stage investors who financed them. Degaonkar feels a combined buying approach will help both the buyers as well as developers as early-stage investing and marketing costs will be taken care of. “With combined buying, buyers get a discount of around 15 percent and developers can reduce dependence on PE firms and high networth individuals who invest in the projects and need a fixed rate of return,” he says.

The idea of the Home Buyers Combine came as an epiphany to Degaonkar. In 2010, he was working as a project manager at Infosys Technologies in Pune where he was handling a team of around 800. He noticed that almost half of the salary of his young teammates was going towards paying EMIs. He realised that most of the buyers did not have a say on the price at which they bought their flats. That’s when he started to convince the locals in Hinjewadi to be part of his plan. Soon, he  gathered 160 people and placed an advertisement in a national daily. The ad drew the attention of five developers. Degaonkar zeroed in on Vilas Javdekar Ecohomes, a well-known developer from Pune, and started the Yashwin project in which the buyers paid an advance of Rs 10 crore against the total project cost of Rs 60 crore. When they ended up with a 15 percent discount on the market price, Degaonkar knew his idea held tremendous potential. He floated his firm in January 2011 and, in about a year and a half, it has about 12,000 members.

In his first project, he went through the process of searching for an appropriate plot and built the property from scratch. In the others, he approached developers with ready apartments and got bulk discounts of around 15 percent. Degaonkar, who charges a fee of 3 percent of the total price after going professional, feels his idea is being used by many brokers and portals. “But, unlike them, Home Buyers Combine doesn’t tie up with any developer or broker. We only cater to the interest of the buyer,” he says. Till date, Degaonkar has worked on five projects in Pune. Now, he plans to move to Bangalore, Mumbai, Chennai, NCR, Ahmedabad and Hyderabad—in that order. Today, around 2.5 lakh houses are sold in top cities every year. Degaonkar expects this number to touch 4 lakh in five years. By then, he hopes, his revenue would touch Rs 350 crore.

Tweets by @forbesindia
Snapshots of the Fortnight (August 15-29, 2012)
A Lean Production System is Bad for Workers