The World Is Truly A Global Village

Communication and transportation technologies have changed the world and migration 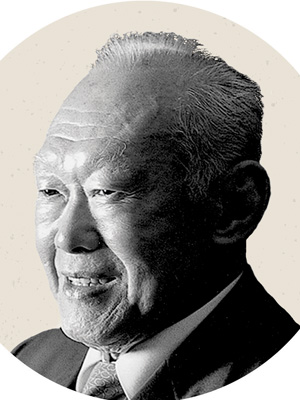 We in Singapore are grateful that we have, so far, been buffered from the economic turmoil in Europe. Singapore’s GDP in 2011 reached $259.8 billion, or $50,123 per capita. The economy, which grew at 4.9 percent in 2011, is expected to grow modestly at 1 percent to 3 percent in 2012. Greece’s debt crisis, which could destabilise other European economies, could also set back Singapore’s growth because its economy is heavily dependent on exports to the US and the EU, particularly in electronics, information technology products, pharmaceuticals and the service sector.

Had Greece borrowed in drachmas instead of euros, lenders would have been cautious in lending to such a high-risk borrower, and Greece would have had to pay higher interest rates to reflect the risk of a depreciation to its currency. If Greece defaults on its debts or withdraws from the euro zone, the contagion could spread to other member countries, with widespread repercussions and upheavals.

With 27 independent finance ministers and with each country having its own separate and independent policies, the euro zone was bound to run into problems. The only way to resolve them is to form a deeper union, granting a central controlling authority the power to resolve conflicts between member countries, like the way the Federal Reserve Bank and the US Treasury function in the US.

The Europeans have been told that the euro problem is their problem, that it should be solved by Europeans. At present the US is not in a strong enough position to rescue the euro. However, modern technology has linked the economies, markets and stock exchanges of the world, so no country can be insulated from problems occurring elsewhere. Only large continental countries with huge populations like China’s and India’s can ramp up their domestic consumption to avoid being much affected by the current economic turmoil. The impact may also not be as severe on the US because it is the world’s largest economy and relies on the domestic consumption of its large, high-income-earning middle class.

NO GOING BACK
When I was a child—one of eight—in the 1930s, it took me two hours to travel 4 miles by bullock cart on dirt tracks from my home in Bedok to my grandfather’s rubber estate at Chai Chee. Today that same trip takes 10 minutes by car on paved roads.

The change in communication methods is also astonishing. As a student in Singapore I used to wait on Fridays for ships to dock so I could pick up copies of British magazines that were over a month old. Now they arrive via a 12-hour direct flight from London. And when I was a student at Cambridge University in 1946, letters to and from Singapore took five days. Now they also travel on that 12-hour flight. But even easier and faster is sending instant messages and receiving replies via SMS, BlackBerry, Skype or Google Chat.

Communication and transportation technologies have changed the world. The poorer populations in Asia and Africa do not enjoy the comforts of life that most Americans and Europeans do, but because of technology they are aware of what others have that they do not. It’s no wonder there’s an endless line of legal and illegal migrants crossing borders to improve their lives. Professional middlemen—or “snakeheads”, as they are called in China—can arrange to sneak mainland Chinese into the UK and the EU by various ingenious means, including packing people into shipping containers. There’s no going back to what was. We cannot disinvent the airplane, iPhone or iPad. These inventions have made the world a true global village. And the richer countries will always have groups of ethnically different peoples from poorer countries seeking entry and then putting down stakes in their midst.

Lee Kuan Yew is the former Prime Minister of Singapore

Tweets by @forbesindia
Foreign Shores Beckon
Do Online Dating Platforms Help Those Who Need Them Most?