Do Online Dating Platforms Help Those Who Need Them Most?

Over the past decade, socially-focused websites have attracted hundreds of millions of users and changed the social fabric in fundamental ways. The likes of eHarmony and Match.com enable us meet new people. Platforms including Facebook, Path, and Zynga help us strengthen relationships with people we already know. The functionality of these businesses is clear, but their immense popularity can be perplexing. After all, people managed to get married and maintain friendships for eons before the Web ever existed.

So, are these virtual social platforms truly necessary? And whom do they really help—those who face most problems interacting in the offline world, or those who generally have little trouble meeting people? Does the Web serve to equalize access to potential relationships, or does it make the playing field even harder? 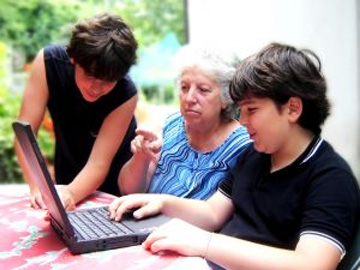 Harvard Business School Associate Professor Mikolaj Piskorski has studied these questions for the last five years, and he finds that the answers depend on the platform. Some products help those who need the most help. Some help only those who have little trouble interacting in the real world anyway. And some platforms offer certain features that help those who need it most, along with other features that offer help to those who need it least. (He is documenting his findings in a book, due to come out in 2013.)
In a recent seminar at HBS, Piskorksi shared some findings on the online dating industry, where the research opportunities are nearly endless for a scholar of social platforms. Along with old standards like eHarmony.com and Match.com , there's Farmers Only , aimed at rural lonely hearts; The Atlasphere , connecting Ayn Rand fans since 2003; and EquestrianCupid.com , for lovelorn riding enthusiasts. In fact, the $2 billion online dating industry comprises more than 14,000 businesses, according to the consultancy IBISWorld.com.

Piskorski decided to home in on OKCupid , a general-interest dating site that boasts more than 3 million members. The site allows all of its users to browse each other's profiles, but uses comprehensive quizzes and algorithms to help them find the most compatible matches.

The company provided Piskorski with information about its members, covering user demographics such as age, gender, height, and body type. The data also included usage patterns—how users learned about one another's profiles, how many profiles they viewed on average, and how many introductory messages they sent after viewing those profiles. (The data were anonymized, scrambled, and password-protected to protect user privacy.)

The initial results showed that older, shorter, and relatively overweight men tended to view more profiles than their younger, taller, slimmer counterparts. With the female sample, tall women were the ones who tended to view the most profiles. (In the seminar, he reported only the results related to heterosexual matching.)

"I was very encouraged by these results," Piskorski said. "It is presumably harder for older and overweight people to identify potential partners in the offline world, and the online worlds are helping them do that, thereby potentially equalizing access to romantic relationships."

Piskorski found that the older, shorter, overweight crowd sent out relatively few messages after viewing hundreds of profiles, as compared to the taller, sportier men. "Basically, the big finding is that men who view most profiles are least likely to message." Piskorski said. "These results show that people who expect rejection may simply refrain from writing, unless the site gives them an encouragement to do so."

The results were similarly discouraging for female users. "Even though women look at as many profiles as men do, they message men much less," Piskorksi said. "It seems that these sites have done little to overcome a very restrictive social norm that makes it inappropriate for women to make the first move."

Quiver, Visitor, and QuickMatch
OKCupid already provides such encouragement through some dedicated functions. First, there is the "Quiver" function, whereby the company algorithm recommends three members it deems most compatible with the seeker. Piskorski found that women, and in particular older ones, were most likely to write to a man once they saw him through Quiver. This finding suggested that the Quiver functionality helped women to overcome the normative restriction of making the first move. Quiver essentially made the first move for them, providing more of an excuse for contact.

Second, there is the "Visitor" function, which lets members know when someone visits their profile. Piskorski found that this function was effective in getting men to write to women, and this was particularly the case for the shorter, older, and overweight men in the sample. "This was a great finding, because it indicated that social sites can encourage people to contact each other, particularly those who would be least likely to do so in the offline world," Piskorski said.

But other features on the site were actually detrimental to those who needed the most help in the dating world. Take for example OKCupid's optional "QuickMatch" feature, which lets you rate other members on a scale of one to five. If you bestow a four or five rating on someone's profile, that member will receive an automatic message that says you think he or she is hot. This feature is seemingly helpful in that it serves as a time-saver; an automatic message is quicker than a manual one. But data showed that only the young, athletic men were very likely to take advantage of QuickMatch.

"For women, if it's already normatively incorrect to send a personal message first, an impersonal automatic message is even more in-your-face," Piskorski explained. "Guys who are short and a little overweight are also shying away from this feature, suggesting that the feature is not helping those who search for others most."

Piskorski hopes that entrepreneurs and academics alike will keep these findings in mind when evaluating and building online social platforms in the future.

"If you're asking whether these sites help the people who need the most help to communicate, the answer is that it really depends on the individual site and the functionality it provides," he said. "We have incredible amount of control in structuring these online environments and we should use this power to meet social needs of those who cannot get them met elsewhere."

Tweets by @forbesindia
The World Is Truly A Global Village
Being Global: How to Think, Act and Lead in a Transformed World