Careers in the Wake of Corporate Scandals

The Impact of "Stigmatizing events" on career paths

Corporate reputations have a significant impact on professionals’ career paths and career success. Individuals who move out of organizations with an outstanding reputation manage to earn higher promotions upon transferring to a new employer than individuals affiliated with less reputable employers. In addition, reputable organizations channel their employees toward the most important corporate posts in national economies. A survey of chief financial officers in CFO Magazine, for example, showed that 89 percent of the CFOs of the largest US corporations started their career with such reputable employers as Bain & Company, General Electric, General Motors, Pepsi, IBM, or McKinsey & Company.

But what happens to individual careers when reputable organizations undergo crises? Do crises blight the career prospects of the professionals who are leaving in the wake of the crisis, or, on the contrary, do superior corporate reputations shield employees as they move to a new employer? The business press presents evidence for both scenarios: former employees of Arthur Andersen and Enron were advised by career counselors to “act humbly” and “minimize their ties” with the troubled organizations. At the same time, other accounts portray professionals at both these firms easily found new employment due to the superior skills that they had acquired on the job. 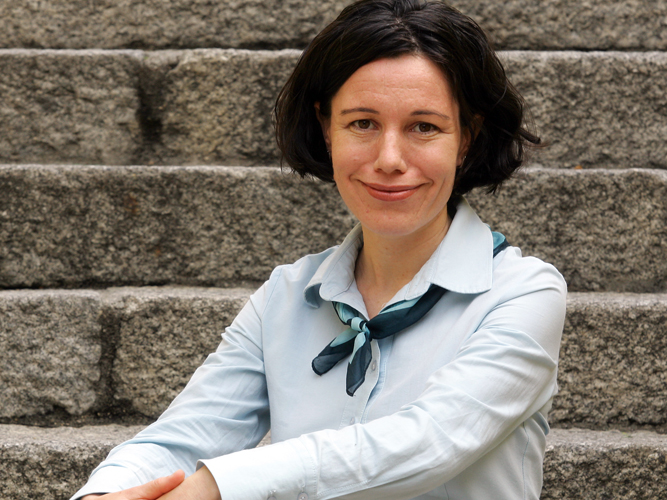 In order to take an in-depth look at these issues, I analyzed the career of over 900 individuals who worked for one of the five most reputable financial services firms on Wall Street and made at least one career move between 1992 and 2002. I compared the career of those who moved out of these five firms in the wake of “stigmatizing events” (i. e. events that may negatively affect the perception of these organizations) with the career of those who did not experience such an event. (I used the news archives of the Wall Street Journal to identify these events. They fell under six types: a drop in the firm’s net income; criticism of the organization in the business press; downsizing; the resignation of key executives from the organization; lawsuits launched by public authorities, competitors, or customers; and lawsuits launched by the employees of these firms.)
The results revealed that individuals who departed from an organization in the wake of a net income drop experienced very severe costs to their career. The resignation of key executives from the organization, negative news stories in the media on the firm, and downsizing also significantly harmed individuals’ career prospects as they were changing employers – but the effect on the outcome of career moves was weaker than the effect of a net income drop. Interestingly, neither lawsuits by public authorities, competitors, and customers, nor lawsuits by employees had any effect on the career prospects of those who were changing employers after these events. Therefore, the events that directly (e.g. net income drop) or indirectly (e.g. resignation of key individuals) signaled that the performance or capabilities of the organization deteriorated were the most devastating for the careers of organization members.
Interestingly, lawsuits against the organization had no effect on the career of those who moved out of the organization. Apparently, outsiders did not attend to signals about the ethical or social conduct of the organization. This observation, while surprising, is probably because lawsuits do not represent an unusual event for financial services firms (the descriptive data reveal that the average firm in the dataset had an annual 1.4 news articles in the Wall Street Journal on its involvement in lawsuits between 1992 and 2002).
Second, I also explored whether an individual’s position or level in the organizational hierarchy affected the relationship between the various events and the outcome of his or her subsequent career moves. Surprisingly, most of the “stigmatizing” events affected the career paths of individuals in a similar way, no matter where they were in the organizational hierarchy.
What do these results reveal about corporate reputations and careers? They point to the fact that even superior corporate reputations do not shield the members of the organization from the judgment of outsiders in the wake of “stigmatizing” events. If the event suggests that the performance and capabilities of the organization may have declined, even individuals affiliated with the most reputable companies incur a career-related penalty. Outsiders sensitively monitor reputable companies and are quick to adjust their judgment of these companies after such events.
Second, my findings reveal that the individual reputation of professionals, managers and executives is very closely intertwined with the reputation of their employer. Outsiders often equate individual competencies with organizational ones or weigh the signals related to an individual’s organizations more heavily than the individual’s performance in this organization. In addition, outsiders may be so sensitive to the cues coming from organizations that they change their perception not only after corporate scandals or crises, but also in the wake of events of a less radical nature such as a drop in the firm’s earnings.