Culture.com: What is at risk is not the industry, but the user

What is most worrying is not the future of music, literature or cinema, but rather the future of listeners, readers and spectators

I have always thought that countries should measure themselves by the scale of their intellectual tradition. For example, a worthy goal for a nation is to find itself in the ’Culture’ pages of a newspaper rather than the ‘Economy’ . However, the fact is that the economy grips us ever more, like an uncomfortable scarf four sizes too small, while the culture industry confronts an apparently endless collapse. But, what is the worrying thing about this collapse? Is it the data they shower us with on precipitate falls in disc, film and book sales or news of the closure of big publishers? No, I do not think so.

Neither will we find the main problem in piracy, which arises from an unstoppable technological progress, so useful for the easy and varied enjoyment of cultural content. The problem goes much deeper and lies in the social facet, the educational aspect. The Internet brings newspapers into our homes already unfolded, which means that we buy the real paper thing only when we are going to paint the kitchen or we have a new dog. In much the same way, the respect we hold for artefacts like discs, films, or books has already become marginal. 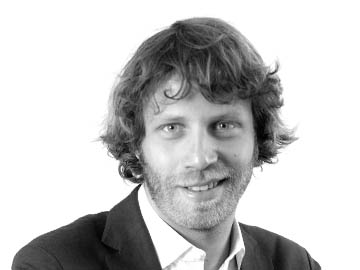 Pedro Letai Weissenberg, Professor of Law at IE University and IE Business School
Music, films, and TV series are nowadays only files we download free from any of the infinite web pages and P2P systems available to us, storing in our machines, in a kind of Diogenes Syndrome 2.0, such an amount of content that the natural deaths of our grandchildren would occur before we get the chance to see the latest episode of the latest series we have recorded – and even then we would not have had time to listen to the thirty-five Bob Dylan studio discs that we’ve saved in our queue. By the way, Tempest seems to me another masterpiece from the great Dylan.

Proponents of ‘free’ access to culture argue that it is highly beneficial to everyone, that now we can watch Truffaut and read Hemmingway without getting up from the sofa, even though we are penniless. But the true meaning of ’free’ here is ‘for nothing’, and in practice much of what the consumer are devoted to nowadays is Miley Cyrus, Katy Perry, and Justin Bieber, leaning towards the Disney lifestyle of pale humour and appalling ‘politically correct’ thinking, the desire to extend the tepidness of the time of Peter Pan.

What is most worrying is not the future of music, literature or cinema, but rather the future of listeners, readers and spectators. The word future always has a poor response, and although we live in a world full of fortune-tellers of the past, who analyse after the event what they already knew would happen, we should reflect from the present.

What is the future of culture in this digital world we live in? What will happen when everything, as it is bound to happen sooner or later, is digital only? In principle, everything will be advantages and conveniences, beyond the explanations we can link to the romanticism of reading a book on paper, smelling its pages, or opening a CD case and perusing the booklet with enjoyment. But, moreover, we will no longer have the problem of searching the ends of the earth for that out-of-print film or the book published in another country.

At one time, it was common to like a particular singer or a certain genre of music. You went into the records shop and brought them home and listened to them, appreciating their nuances because it would be a long time before those artists published new material again. In the end, you had the feeling and even the certainty of knowing what happened on and in that disc. Nowadays, we carry an MP3 player with us with 67,000 songs of which we listen to two tunes from the group of the moment and then, as easy as looking to the other side of a restaurant menu, we choose to listen to something totally different, almost the opposite. We live paralysed by abundance.

Curiously, this excess of information does no more than stupefy us. We have the feeling that we know more than ever, but in reality we know less. We peck here and there, we read headlines, watch trailers and listen to odd songs, but rarely do we go deeper. We think we know it all because we retain slivers of news, with traces of its contents. With one foot in everything. Being aware is a very poor version of knowing.

Publishers, who are now faced with the rise of the electronic book, can learn something from music publishers. The latter were willing to charge us twice for the same thing and ended up with first-hand experience of the most brutal digital piracy. They do not seem to be reacting at the moment in the literary industry and I wager that no one, when buying that last long-awaited novel, also took advantage of an available download code and read the book on tablet too. From this greed come floods of tears later.

Piracy is fought with a culture of new ideas and with a social conscience, not by putting people in prison or cutting their internet connection, much less by yielding to the huge and rich intermediate service providers which are gifted plentiful exclusions of responsibility in the legislation behind which they hide.

Let’s assume that people who consume culture, and even entertainment, are in general a civilised bunch. And, as such, they must understand that they hold the future of the whole works in their hands. We, the users, are the ones who pay the publishers and the industry. So the responsibility lies with us – even more so when the powers that be cannot manage to minimise the presumed collapse of their own sectors.

Believe me, Federico García Lorca is just as wonderful a poet on paper as on an iPad. The problem is not where we consume, but how. Whereas before we used to read Poet in New York and enjoyed it extraordinarily, we are now tempted to simply leaf through it, to pick at it on our devices. And that, out-and-out defenders of the digital and the free, is a radical slight to culture itself and those who want to live from their work.

Those artists who have a feeling for their work will continue creating. We writers will keep on fighting to the death for that one adjective or adverb to finish a paragraph. But what about the consumers? Are we still capable of sitting for long afternoons immersed in a good book or listening carefully to the musical works we have saved? Will we be? That is the question.