Intelligence More Than Ever

The solution for Europe is to be innovative, be competitive, and differentiate. To do that intelligence is key 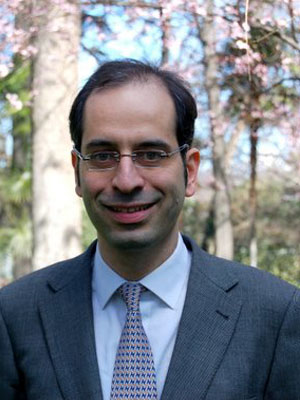 Yes, these days we find ourselves in Europe in a complicated situation, with a risk of stagnation and an economy less and less competitive compared with other powerhouses, India among them. The etymology of the word “crisis” (from the Greek 'κρίσις') makes reference to that which is separated, an abrupt change, a mutation, and therefore implicates an analysis as to why the word came about and how its original meaning includes an evolution to a better state. Just as the example of the word "review" evokes for us an exam or an analysis and "criteria" evokes the measure for finding the truth, so the word "crisis" leaves a smidgen of hope for optimism.

In Europe, we're in a crisis due to, among other reasons, a crisis of ethical values, fiscal and banking mechanisms in the European Union still incomplete, a change of cycles... The reality is that we're not competitive: our costs are greater than those in international markets we can't renounce decades of advances in labor conditions, and we can't compete in a destructive spiral of price wars where there's always someone willing to do more work for less. And even if we could change the labour conditions, we wouldn't want to because we don´t want to lose our standard of life.

Thus, the solution for Europe is to be innovative, be competitive, and differentiate. To do that intelligence is key.

The truth is that, in these times of crisis, businesses and citizens of Europe have learned that we need to improve the economic model, and that this model should adapt to a more globalized and competitive marketplace of social networks and media influences, where intangibles, information analysis and knowledge are progressively gaining influence. Furthermore, not only do countries need to deal with political or military risks and threats, increasingly they are faced with economic benchmarks that figure heavily on the scene, which causes national security to be displaced to another centre: the economic. In this new centre the lows are measured in the unemployed, evicted homeowners, or citizens living below the poverty line.

Large corporations have always applied military strategies and tactics throughout their divisions, deploying sales forces in the conquest of markets, now have a new model to replicate some of their techniques. And as a consequence, the systematic application of the “Intelligence Cycle” (direction, collection, processing, and dissemination) which transformsinformation into intelligence and, as a consequence, recognizes patterns and relations, creates scenarios, and using data and intuition, makes a business how will be toward the future with time to tailor it to their needs and helps top management with decision making. This is why intelligence is important for companies because not only it helps about how to protect the company´s key information but it also helps to analyze the situation and to make appropriate decisions for companies.

It is important to note that all of these tactics should be always within the boundaries of ethics and legality - coinciding with a process of openness and transparency.

So as not to confuse terms, Competitive Intelligence focuses on understanding the company’s business environment, its competitors, key contacts, lobbying efforts, and the general market. Information is catalogued according to verifiability and its level of trust, with quality prevailing over quantity.

On the other hand, Business Intelligence is the method in which businesses use raw data to generate an overview of internal activity. A quantitative focus prevails, unlike competitive intelligence, which mainly analyzes information from external data where a qualitative focus prevails by means of the utilization of ideas and the human factor. Business Intelligence highlights data of the company’s own activity, producing internal vision of the organization based on a massive gathering of data using software such as data collection or a business warehouse. Economic Intelligence is the intelligence of economic content drawn up by the governments as control and protection of strategic information for economic agents, within the limits of public interference in the open market and of public/private collaboration to strengthen the national business fabric.

Lastly Counterintelligence protects companies from external threats by rival intelligences. For example, access to relevant information, asset protection or discredit and defamation through media poisoning which calls into question the credibility of an organization. The recent democratization of information through social networks means that anyone can know what happens anywhere in the world in two clips and it  is difficult to control, so counterintelligence is even more important.

For example, with the globalization the classic structure of the supply chain has changed. A business is not still controlling through all its value chain, now the chain is interspersed with different offshorings in countries with a cheaper labour force and a better regulation and it is also interspersed with subcontractors from another companies due to the outsourcing of different process. This lack of control means that many different companies can access to key information and could transform them, in the future, into serious competition.

Each of these share the word “intelligence” (from the latin ‘inter’, or between, and ‘legere’, or choose) - that quality which permits us to evolve, which permits us to know which are the adequate decisions to take. As Aristotle would say: to know which is the right person to be angry with, to the exact degree, at the most opportune moment, with the right purpose and in the proper fashion; to know how to choose.

Now, Europe is in the bottom of a crisis. It is the moment to the companies to use all their skills and resources, to adapt to the new scenario and to evolute with “criteria” to a better state. Europe needs to increase its competitive level without reducing its standard of living, and one of these skills,  in an era of information overload, easily accessible to everyone through open sources, a world where the competitive advantage is not having information, in a perhaps increasingly complicated backdrop, where the rules of the game have possibly changed and citizens are most likely capable of doing more for less, the truth is that to evolve through this crisis, one these skills that we need, more than ever, is to have intelligence.


The author,Héctor Fernando Izquierdo Triana is professor of Operations Management

Tweets by @forbesindia
Build Your Own Style House
Mission vs Ambition