The short-term experience of performing tasks by choice and getting paid immediately is gratifying. However, there may be less apparent long-term consequences

By Anjana Karumathil and Ritu Tripathi 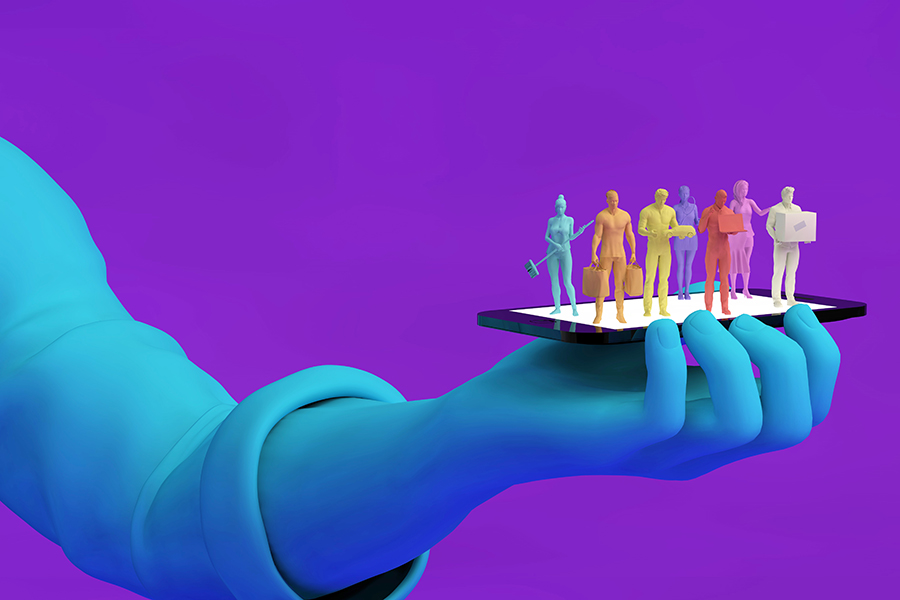 The Associated Chambers of Commerce and Industry of India assesses that India’s gig economy is worth $1 billion, comprising 15 million workers and growing annually at 14 percent Image: Shutterstock

Artificial intelligence has disrupted traditional work structures worldwide. First, it has automated millions of jobs and forced skilled professionals into unemployment or underemployment. Second, employers can now fragment large volumes of skilled work into small, repeatable modules called gigs and use algorithms to control how workers perform them. Third, long-term employment becomes unnecessary: Why pay people long-term benefits and higher wages when they can be hired for cheap and on-demand using clicks on an app? Millennials, who comprise much of the gig workforce, appear to enjoy the flexibility and choice offered by this arrangement. When they get to select their work and deliver it how and where they want, they experience control over their time and eventually their professional destiny. Such autonomy—for employers and gig workers—is the cornerstone of gig work.

Is everything as smooth as it appears for the gig worker?

The short-term experience of performing tasks by choice and getting paid immediately is gratifying. However, there may be less apparent long-term consequences. There are definite benefits to being in an organisational setting, including career path, work friends, and assured income. In its absence, gig workers may repeat tasks for years and get frustrated because they don’t see themselves ‘moving up the ladder’. Work is usually delivered online and working remotely at home means no water cooler conversations or peers to share one’s worries with. Since gig workers are not affiliated with an organisation, they lack a career trajectory to aspire to and mentoring and guidance from senior colleagues. Finally, finding enough work to stay financially afloat always remains uncertain, especially for those who rely on gigs as a primary source of income.

Therefore, Millennials or Zoomers looking to build careers as gig workers must make informed choices. Skilled gig workers on platforms like Upwork or Fiverr fall into two categories: Those who enter the gig economy after their corporate career and those who enter it before a corporate career. Those in the former category are there by design: They are older, financially independent, and seek the flexibility to be available to employers on their own terms. For those in the latter category, it’s a different story: They are younger, likely unable to find traditional jobs and rely on gigs for income.

Such gig workers may end up glued to their devices, always online, lacking work-life balance, and constantly on edge seeking their next gig to make more cash. By the time they realise they’ve been sucked down this rabbit hole, it may be too late. This is what management scholars call the autonomy paradox, meaning that the flexibility perceived by gig workers may be, in fact, tightly controlled and manipulated. This has spillover effects on the physical and mental health of gig workers. Being online for long periods has detrimental effects on sleep and eyesight. It is shown to cause frequent emotional oscillation at higher intensity, meaning they quickly switch from positive to negative emotions and lack composure. Add to this loneliness and unavoidable comparisons with peers pursuing traditional career paths, and there is a recipe for a downward spiralling career.

There aren’t easy solutions available, but reframing the situation may help. Plan out your career for the next five years and make an honest assessment of whether gig work paves a visible path to your end goal. If you choose the gig route, actively enforcing boundaries between life and work is vital. Building relationships with other gig workers through social media appears to be a common trend but with limited results. Learn new skills on your own, especially if your work is IT and management related. Finally, build solid relationships with the people in your life; this will keep you happy, healthy and productive.


Anjana Karumathil has received her PhD in organizational behaviour from the Indian Institute of Management, Bangalore, MBA with Distinction from the University of Strathclyde, Glasgow and BTech from the National Institute of Technology. Her research focuses on worker motivation in the gig economy. She has 15 years of industry experience in organizations including Deloitte Tax Services & Tata Consultancy Services Limited.

Ritu Tripathi is an Assistant Professor at the Indian Institute of Management, Bangalore. She received her BA and MA in Psychology from the University of Allahabad, India, and another Master’s and a PhD in Psychology from the University of Illinois at Chicago, USA, where she was also the recipient of the Dean’s Scholar Award. Her research focuses on how the experience and expression of common psychological phenomena such as achievement motivation, autonomy, and emotions, vary across diverse national cultures.