Ensuring Nutrition Security: What the government can do

In 2012, India lost over $12 billion in GDP to vitamin and mineral deficiencies. Scaling up core micronutrient interventions would cost less than $574 million per year, the World Bank says.

By Souvik Dutta and Arpita Mukherjee 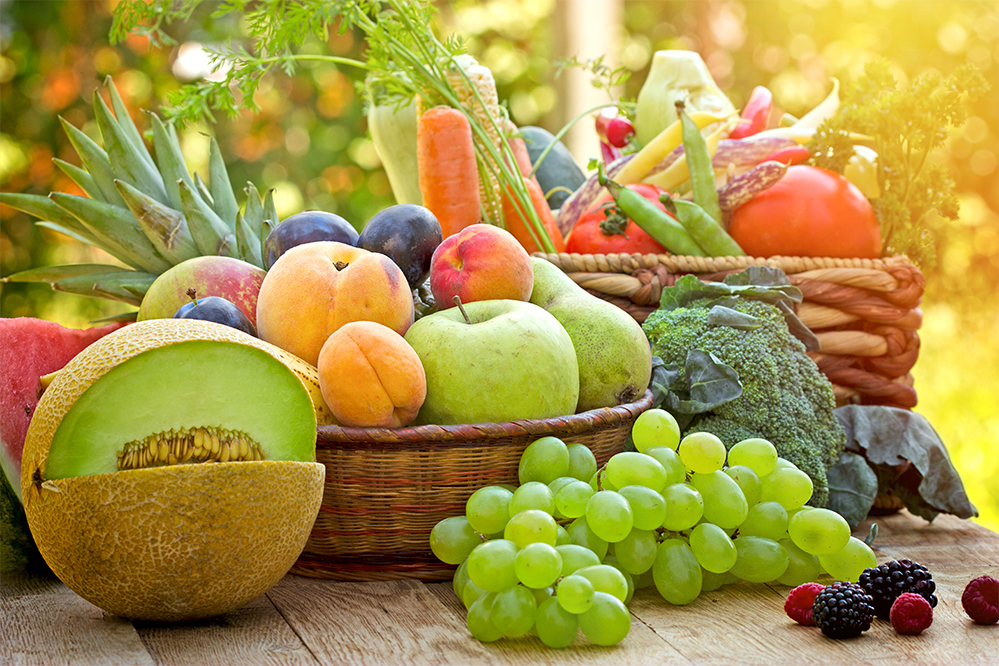 Image: Shutterstock
India is home to over 1.3 billion people which accounts for 17.6 percent of the global population. As a developing country with a large population, India is facing the challenge of ‘nutrition security’ or provision of the right and balanced diet to its citizens. Several studies have shown that Indian consumers are falling short of their daily calorie requirement which increases the likelihood of diseases. For example, a survey conducted by the National Sample Survey Organisation (NSSO) on Nutritional Intake in India (2011-12) found that, since the year 2000, there has been a sharp decline in calorie intake in both urban and rural India resulting in low nutrition levels. The survey found that on an average, fruits and vegetables contributed only around 9 percent of the calorie intake. A pioneering study by the World Health Organization (WHO) panel on diet, nutrition and prevention of chronic diseases recommended an intake of at least 400 grams or five daily servings of fruits and vegetables (excluding potatoes, cassava and other starchy tubers) with an average serving size of 80 grams, to prevent diet-related chronic diseases and micronutrient deficiencies. Using this as a benchmark, the authors surveyed 1,001 individuals in the financial year 2015-16 across five cities of India covering high- and middle-income groups to understand their consumption patterns. The survey found that even educated Indian consumers are consuming less than the WHO ‘recommended’ quantity of fruits and vegetables. While the average intake of fruits and vegetables in a typical day for all the survey respondents taken together was 3.5 servings, which is lower than the WHO recommendation of 5 servings of fruits and vegetables, 18-25 year-olds were consuming only around 2.97 servings. This is a cause for concern.
Linking dietary shortfalls to poor health conditions, a number of studies by the World Bank and others such as P.V Kotecha have highlighted that vitamins and micronutrient deficiencies have led to the death of children in India. The perceived loss due to micronutrient deficiencies is very high. It costs India one percent of its gross domestic product (GDP), which amounts to a loss of ₹277.2 billion per annum in terms of productivity, illness, increased health care costs and death. In 2012, India lost over $12 billion in GDP to vitamin and mineral deficiencies. Compared to this, scaling up core micronutrient interventions would cost less than $574 million per year according to the World Bank.With the growing nutritional deficiency in the country and the rising cost of malnutrition, the National Health Policy (2017) has emphasised on the need to reduce malnutrition and particularly micronutrient deficiencies from India. The NITI Aayog recently came up with a vision of ‘Malnutrition Free India’ which would reduce all forms of malnutrition by the year 2030. In 2015, the Food Safety and Standards Authority of India (FSSAI) issued Draft Guidelines for Making Available Wholesome, Nutritious, Safe and Hygienic Food to School Children in India, which involved tackling childhood obesity by targeting the right diet through school canteens. More recently, in 2017, the FSSAI has proposed a set of measures, including tax, strict labeling norms and banning of advertisements on children’s shows, to check the consumption of foods high in fat, sugar and salt.
Although these measures are commendable, it is important to note what factors have led to the shortfall in consumption and how to increase the consumption of nutritious food. Interestingly, the 2015-2016 survey found that although 95 percent of adult Indian educated urban consumers were aware of the benefits of fruits and vegetables consumption, 89 percent of the survey participants did not know about the WHO recommendations. Thus, there is a gap in knowledge about what the ideal the daily consumption of fruits and vegetables should be. Such awareness can be raised through campaigns such as “Jago Grahak Jago” of the Ministry of Consumers Affairs, Food and Public Distribution. The government may partner private sector to come out with programmes and advertisements that can be used to educate consumers about benefits of fruits and vegetables consumption as well as the associated health problems that arise if a nutritious diet is not followed. In this context, India can learn from the experiences of other countries. For example, the Supplemental Nutrition Assistance Program (SNAP) of the United States Department of Agriculture brings together different stakeholders including food and nutrition service providers, state agencies, nutritionists and retailers, among others, to offer nutrition assistance to low income individual and families. Launched in 2009, the Change4Life programme of the UK brought together people from the National Health Service, local authorities, businesses, charities, schools and community leaders  to play a part in improving the nation's health and well-being by encouraging everyone to eat well.

The extreme weather conditions in India, the fragmented supply chain and poor storage conditions may make it difficult to store and consume fruits and vegetables in chopped or salad format during work hours or in schools. Further, hectic lifestyle in urban areas may make it difficult to take time out to cut fruits, cook vegetables or make salads. Therefore, corporates may be encouraged to come up with fortified fruits and vegetables juices, which can be an alternative and can be made available through school and college canteens and work cafeterias. A number of companies, including global multinationals have already shown interest in launching fortified juices in India. On its part, the government can encourage such investment by keeping the taxes on fortified juices low so that they are made affordable for consumption. This will increase the availability and choice for consumers and reduce the nutrient shortfalls.- By Souvik Dutta, Assistant Professor, Indian Institute of Management Bangalore
Arpita Mukherjee, Professor, Indian Council for Research on International Economic Relations (ICRIER)