Averting a steep rupee drop would have been in sync with the RBI's stated intention of curbing exchange rate volatility, fully accepting its sensible policy of not having any specific exchange rate target 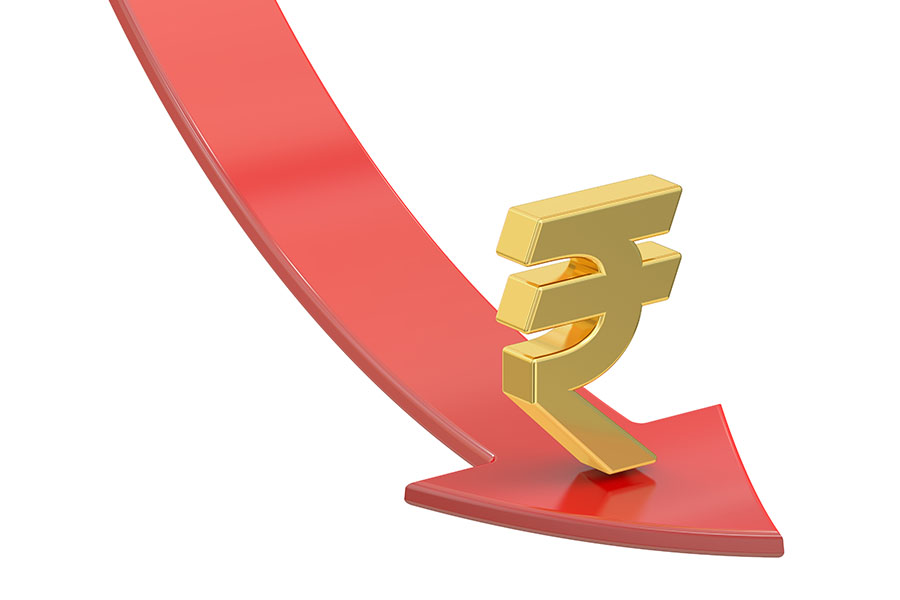 On Friday October 5th, the RBI’s Monetary Policy Committee announced at 2:30 pm its decision to keep the repo rate unchanged, while changing the monetary policy stance from neutral to tightening.  A 25basis point repo rate hike to 6.75% was broadly expected by the market and recommended by many analysts and economists.  Following this decision, the rupee tanked by about 50 paise to an all-time low of below 74.20 per US dollar, and then recovered to around Rs 73.60 late in the trading day, most likely due to substantial dollar sales.

In the financial markets as a whole, there was a bloodbath on what has been called Black Friday. The Sensex lost about 800 points (about 2.3% on Friday, and 5.1% during the week).  The rupee itself lost 1.73 % during the first week of October 2018.  This comes on the heels of over a 13 % decline against the greenback from April to September, the first half of the fiscal year.

There already is a flurry of commentary criticizing the RBI for its failure to hike rates to (try to) defend the rupee.  Expect more in the days ahead. It should be emphasized that there is no guarantee that a currency will rise when short term policy rate is hiked, although such an outcome is very likely.  What can be labelled, as I have in my lectures, the WIRE effect for currencies (Weaken if Rates Ease; conversely strengthen if rates rise) does not always hold.

My own view is that the RBI should have hiked the repo rate by 25 basis points. It is likely the rupee would not have dropped so steeply, even if it did not strengthen. A similar outcome would have been likely for the Sensex.  Averting a steep rupee drop would have been in sync with the RBI’s stated intention of curbing exchange rate volatility, fully accepting its sensible policy of not having any specific exchange rate target. The comparison with the Turkish lira made by Prof Ashima Goyal, in an interview with mint a few days later, is rather far-fetched.

Let us take as given the inflation targeting policy.  [The Raghuram Rajan initiated Urjit Patel January 2014 Report, justifiably attracted huge criticism on diverse grounds.  For my critique then, in sharp contradistinction to the prevailing chorus that India’s inflation is due to food supply shocks and cannot be lowered by monetary policy, see October 2014 entry, economicsperiscope.com]. One can still chastise the RBI for its Friday decision.  This would require a detailed empirical assessment of RBI’s claim, laid out in its Monetary Policy Statement, that developments since its last meeting led it to lower its inflation outlook.  Such an assessment is not possible here.

The purpose of this article is mainly to evaluate whether the Monetary Policy Statement, henceforth MPS, (not to be confused with the textbook Keynesian variable) adequately discusses relevant developments since its last meeting.  The conclusion is a resounding no.

The last meeting ended on 1st August.  Since then, there have been four major developments. First, the continuing slide in the rupee (almost 10% between end July to September 30th); second, the rise in crude oil prices; and third, the continuing slide in the Sensex, about 3% over this same period.  Fourth, the dangerous loan defaults of Infrastructure Leasing and Services, which has Rs. 90,000 crore of debt outstanding, and a complex setup of over 150 subsidiaries. The last set of events is not even mentioned in Friday’s MPS. With an inflation targeting mandate, the RBI has to ignore IL&FS in its policy rate decision.  Nevertheless, some mention of it in the MPS was warranted.

With regard to the Sensex and the rupee, the failure to discuss them, especially the latter, is inexcusable. A falling Sensex usually has a negative impact on the rupee, as Foreign Portfolio Investors withdraw their investments. The rupee drop has a direct impact on inflation.  Yet, the only explicit mention of it is one sentence starting, “Tailwinds following the recent depreciation of the rupee could be muted by...” while there is another sentence ending “….with EME (i.e. Emerging Market Economies) currencies depreciating significantly.”  Crude oil prices fare better with regard to basic facts…” the price of the Indian basket has risen sharply, by US $13 a barrel since the last August resolution”.

One would expect the roughly Rs. 5 per $ drop in rupee and about $ 13 rise in crude oil prices since the last meeting to raise the inflation outlook.  This would be so despite the “unusually benign” food inflation highlighted in the MPS.   However, the RBI has concluded to the contrary, The MPS has failed to provide a concrete assessment of the impact of negatives (rupee and oil) versus positives (abundant kharif crop estimated and rise in live reservoir capacity) on its inflation projections.  With one dissent, it decided accordingly.

With about 3,100 words of text, the six-page MPS is too wordy.  It discusses growth outcomes and prospects in the advanced economies and more so in the BRICS, far too much.  Consider the following sentence, “The South African economy slipped into recession in Q2:2018, pulled down by the negative contribution from agriculture on account of an unfavourable base effect”.  What bearing does this have on the accompanying repo rate decision.  Alas!  One needs to point out that the acronym MPC stands not only for Monetary Policy Committee but also for Mostly Pointless Commentary.

Professor Vivek Moorthy is a faculty of Economics and Social Sciences area at IIM Bangalore and earlier was in the Foreign Exchange Function at the Federal Reserve Bank of New York.