HeartFlow has raised $467 million for a test to detect heart disease. Problem: It might not make patients better off 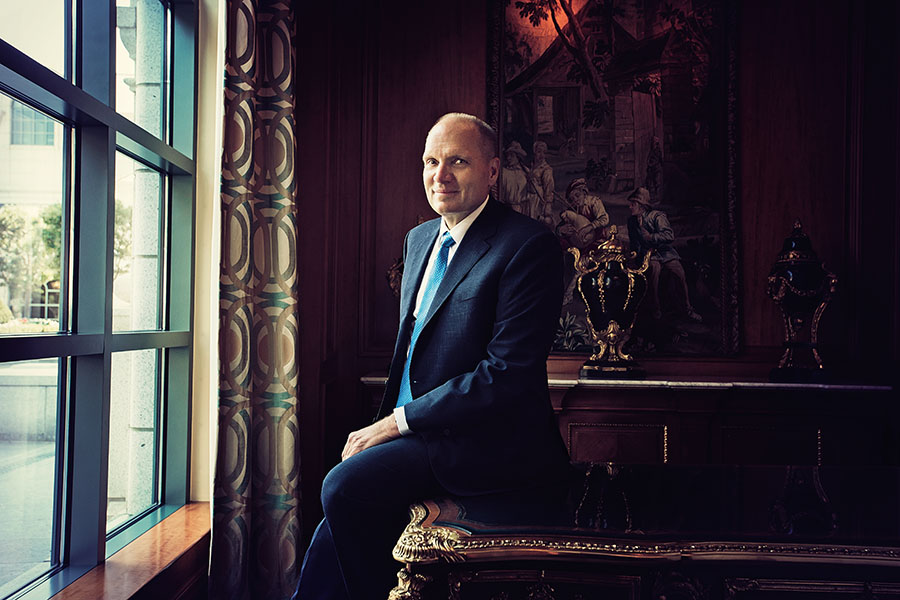 Image: Tim Pannell for Forbes
John Stevens’ corner office in Redwood City, California, has a nice view of the San Francisco-Oakland Bay Bridge. His desk, though, is a hand-me-down, and the cracked leather upholstery on the chairs reveals their history as Ikea floor models. “We can probably afford some new chairs now,” he says.

You’d think. HeartFlow, the health-tech startup of which Stevens is chief executive and president, has raised $467 million, most recently at a $1.5 billion valuation, from investors such as Wellington Management, ­Baillie Gifford & Co, GE Ventures and BlueCross BlueShield Ventures, according to Pitchbook.

The valuation is based on a big idea: A noninvasive test that peers into a patient’s ­coronary arteries to see how blocked they are. Right now, such a test involves threading a catheter from the groin up to the heart and measuring blood flow, a slightly risky procedure called fractional flow reserve (FFR) that is done a million times a year worldwide to decide whether a patient needs a stent to open a clogged artery. Using software trained with a deep-learning algorithm, HeartFlow says it can get a similar measurement from a CT scan, a lower-risk, three-dimensional picture of the heart constructed with X-rays. Medicare reimburses HeartFlow $1,450 per test.

“This will be the most effective way of looking at cardiovascular disease and safer than anything else on the market,” says Bill Weldon, HeartFlow’s chairman and the former chief executive of Johnson & Johnson. “And when you put those together, it’s a combination you can’t beat.” He sees the test being used routinely.

Skeptics are legion. “Over time, these kinds of technologies get hyped, and when they get studied, reality sets in,” says Steven Nissen, the chairman of cardiology at the Cleveland ­Clinic. “Someone takes an idea that seems very sexy and attractive, but when you get down to the science, it isn’t solid.”

The technology’s usefulness may come down to a deeper question: How effective are stents for treating heart disease, and do you even need to know whether an artery is open or not?

HeartFlow was started by Charles Taylor, who as a PhD student in the 1990s was studying how wind coursed over the wings of fighter jets. Could the same mathematics explain blood moving through the heart? He hooked up with Christopher Zarins, the chief of vascular surgery at Stanford’s School of Medicine, earning a PhD for the cardiology work and becoming a professor at Stanford himself. Together, they founded HeartFlow in 2007.

Taylor, HeartFlow’s chief technology officer, did a study of his early software on a dozen patients in Latvia and raised $2 million in venture capital. Stevens had been inspired to become a surgeon as a boy, after a pitchfork went through his toe, but quit his job doing heart operations for the startup life two decades ago. He joined Taylor in 2010.

In a 2014 study, HeartFlow’s software analysed the CT scans of 254 patients, ­matching FFR 84 percent of the time in detecting a clog and 86 percent when blood was flowing freely. Later that year the Food and Drug Administration approved HeartFlow’s software as a medical device to evaluate the symptoms of ­coronary artery disease.

Experts use the HeartFlow test mainly in ­ambiguous cases. Hank Plain, 60, a health care ­investor who focuses on medical devices, got a CT scan that showed calcified plaque in his coronary arteries, but a stress test (a walk on a treadmill with electrodes on his chest) ­indicated no problems. Then a CT scan was put through HeartFlow’s software, which revealed two partial block­ages. His doctor decided to insert two stents. “It’s very scary to know you have coronary artery disease, knowing it played out with other family members,” Plain says. “It’s good to be back, focussed on life.”

An open question is when stents are worth their cost and risk. They save lives when placed during a heart attack and ease chest pain. But a 2,287-patient study a decade ago and a more recent comparison to a sham procedure raised doubts that they are better than medication. So does using HeartFlow prevent unnecessary procedures or cause them?

For every $1,450 test, HeartFlow says, it prevents $4,000 in costs. But “do patients live longer and have fewer heart attacks when you do this approach, as opposed to something more routine?” asks Venkatesh Murthy, a cardiologist at the University of Michigan. Indeed, do patients need a cardiac flow measurement at all?

“I don’t wake up in the middle of the night thinking can we do an FFR in more people,” says Ethan J Weiss, a cardiologist at UC San Francisco.

Then there are technical doubts. HeartFlow calculates flow by looking at the shape of a blood vessel, as one might guess the speed of a stream from the shape of its banks. “Trying to measure FFR from a CT scan is like trying to run a marathon on one leg,” says Darrel Francis, a professor of cardiology at the National Heart & Lung Institute in the UK. According to a report in JAMA Cardiology, analyses that used CT scans to measure flow, including but not limited to HeartFlow, were much less accurate in sicker patients. HeartFlow says the report is “fundamentally flawed”.

There are also many believers, like Robert D Safian, a cardiologist at Beaumont Health in Royal Oak, Michigan, who has received $3,000 from HeartFlow for travel. “Initially, I was one of the worst sceptics, but now I’m completely converted and I think it’s amazing technology,” he says. He’s used HeartFlow for the past three years on 2,000 patients.

Most large US insurers pay for HeartFlow’s test, as does the ever-sceptical UK National Health Service. Medicare is paying for it except in the western US. Says Stevens, the chief executive, “At the end of the day, the data will win.”

Matthew Herper contributed to this story