What is stopping the Indian Railways from adopting technological solutions in this day and age to ensure infrastructure and human errors don't cause fatal accidents? 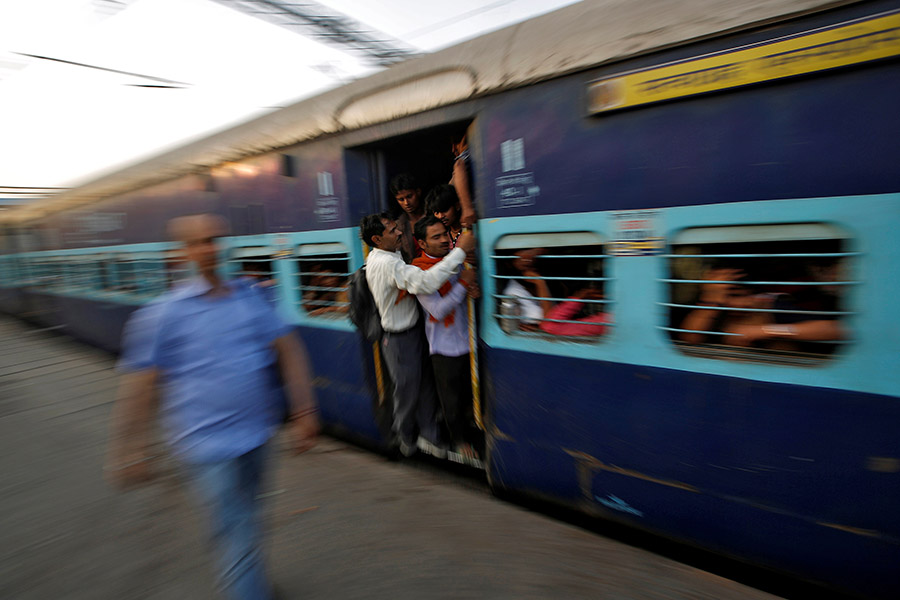 Image: Adnan Abidi / Reuters
Safety is a significant issue in the context of mobility and needs needs special attention both, at the strategic and operational levels. In a 'controlled' environment like rail transportation, if safety is compromised, it is not acceptable. There have been four major accidents involving passenger trains within the past one year, three of which resulted in fatalities. The two most recent ones happened on August 19th evening and August 23, in the early morning. There have been a string of many more accidents, which as per the Railways' statistics, have been dropping year-on-year on an annual basis. However, the nature of these accidents, caused by avoidable failures of infrastructure or human error is worrisome. What is of greater concern is the reaction of having heads roll and directing that responsibility be fixed by the ‘end of day’. This would fail to address the basic problems. As a consequence, after the accident of August 23, Ashwani Lohani, an officer of the Indian Railways Service of Mechanical Engineers, serving as the Chairman of Air India, was brought in as the Chairman of the Railway Board.
Interestingly, Lohani, had posted a comment about the August 19 accident on Facebook, on August 20: “The tragic railway disaster is a glaring symptom of the crying need for structural and process reform cutting across hierarchies down up to the ground level that this great organization needs, along with a genuine focus on HR.”
I would wish him all the best in getting the Indian Railways to really have a sharp focus on safety.
In this context, there are three main challenges to the Indian Railways. The first is of adopting technology in a missionary manner. The second is of appropriate human resources discipline, and systems and processes for coordination. And the third is improved physical infrastructure.
In a controlled environment like rail transportation, there is no reason why tracks and locomotives cannot be electronically connected so that any disruption sends a warning signal to approaching trains and, if required, even automatically slows them down and brings them to a halt. It would appear that the accidents of August 19, 2017, and August 23, 2017, caused by disruptions on the track, could have been avoided.
There is no reason why each passing train cannot have sensors to ‘sense’ both the track and its own rolling conditions. This would trigger critical information for maintenance requirements, both immediate and long-term. An outsider’s understanding would be that the accidents of November 2016 and January 2017, caused by rail fractures could have been avoided.
Such technologies would not only improve safety in the above conditions but also in a variety of other situations like fog and natural disasters.
The accident of August 19 is a classic example of coordination or communication failure between maintenance and operations. While technology once again can minimise vulnerability to human errors, there is no getting away from the issue that at some level, human alertness, discipline and communication would be critical. This needs to be achieved through continual training and leadership driving values of discipline.
Physical infrastructure has also not kept pace with the increasing levels of traffic. It is not clear whether many traditional ‘secondary’ lines which now carry more traffic have been upgraded to the required levels. It is also not clear whether systems of maintenance, including periodicity and quality, of both track and rolling stock is keeping pace with the increased levels of usage.
While there has been focus on reducing unmanned and even manned level crossings, it is important to move to grade separated road and rail crossings, again in a missionary manner. Better physical infrastructure to ensure streamlined flow of trains would reduce stresses on the rolling stock, track, operators and controllers. This would involve reducing speed differential between trains, locomotives with higher acceleration and deceleration capabilities, streamlined turnouts, and constructing many more bypasses and flyovers to reduce conflicts in train movements. Many of the above solutions, apart from increasing safety, would also increase capacity. However, the main issue is getting the investment priorities right, many of which require strategic and corporate (inter-functional) perspectives.
Overall, Indian Railways needs a focus of going back to basics, by strengthening their building blocks in the context of higher traffic with better use of technology. A major stumbling block often is the turf wars between the various functional departments. While there are positions to ensure inter-departmental coordination, the cadre loyalty runs deep and strong, sometimes even up to the level of the Chairman. There have been many recommendations to merge cadres all the way through, or soon after the first couple of levels where functional expertise is predominant. However, these have not been implemented. Further, the railway technocracy is significantly inward looking since there is no lateral entry. While ideally, the Railway Minster should be providing political and external interface, and the Chairman, as a CEO should be taking all important decisions, the nature of the organisation places more demand on Railway Minister.
As a report card for Suresh Prabhu, otherwise a very focused minister, there have been concerns of him not giving enough attention to inherent functional lacunae of the Railways. It remains to be seen whether Lohani, who comes with a rich experience of a world outside the Railways, can help overcome these. Apart from grassroots level focus, key structural changes, right from the top, even in terms of restructuring the roles of the Railway Board would be critical. I hope that the Minister and the Chairman can work together to drive the safety agenda with the right systems and strategy. The author is Director, IIM Bangalore and Former Indian Railways Chair Professor