The prison of the perfectionist - Is it time to break those walls down? 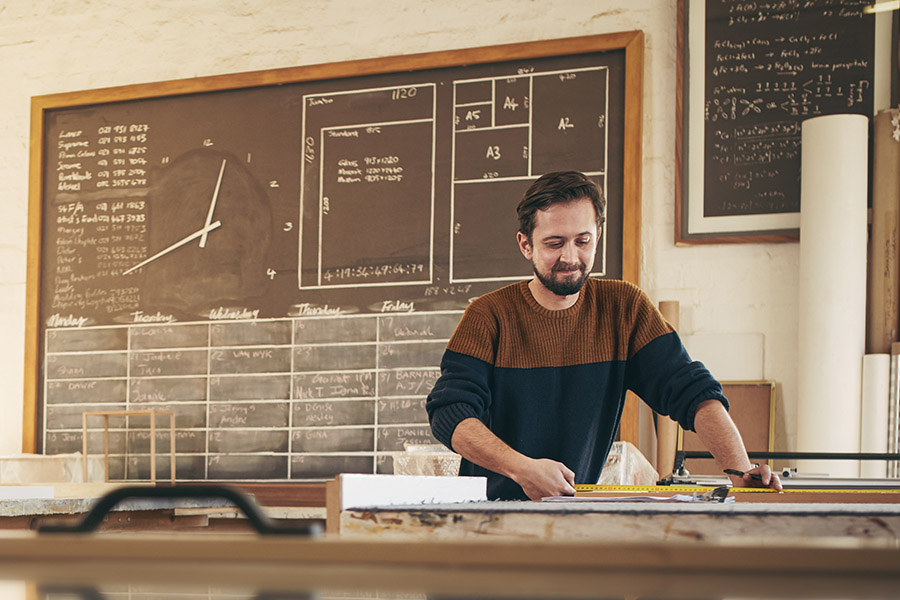 While a perfectionist is someone who has no tolerance for failure and mistakes, an optimalist is more open to viewing failure as feedback and part of the process
Image: Shutterstock (For illustrative purposes only)
I remember the time when I was an MBA student at IIM Ahmedabad and our seniors were coaching us for the placement interviews. We were advised that when asked about our weaknesses, we should not mention an actual weakness but use that opportunity to highlight something that was a desirable quality (by camouflaging it as a weakness). The favorite choice for most of us was, ‘I am a Perfectionist’. The prevalent thinking at that time was that claiming to be a perfectionist was actually just a modest way of claiming to be diligent, hardworking and someone who was truly in pursuit of excellence.

More than fifteen years later I still see MBA students and executives upholding ‘perfectionism’ in pretty much the same light. Indeed quite often I hear someone proclaim quite proudly that they are a perfectionist. I have also discovered that on the other side of the table, the recruiter perspective on this issue spans a wide spectrum. While some recruiters are still holding on to the straight jacketed image of a perfectionist as someone who will work hardest and create the best results, others are looking to hire individuals who have tasted failure, demonstrated resilience and are willing to experiment, even fail, and learn from their experience.

While the world of practice might be unsure of whether to look at perfectionism as a strength or a weakness, academic research has found that perfectionists are much more susceptible to certain disorders and challenges when compared to non-perfectionists. These include eating disorders, sexual dysfunction, obsessive compulsive disorder, panic disorder as well as alcoholism. Perfectionists are also more likely to suffer from depression, anxiety, low self-esteem, and psychosomatic problems. When it comes to more direct impact on their work, perfectionists have been found to show chronic fatigue syndrome as well as a paralyzing tendency to procrastinate.

Given all the problems and challenges faced with perfectionism, one might wonder why students, employees and employers display a tendency to wear their badge of perfectionism with such pride. Is it because they are not aware of the consequences of perfectionism or is it because the myths surrounding perfectionism have over-written the wisdom of people’s own experiences? In my opinion it is a combination of both of the above. The way forward to change this is to educate people more about the challenges and disorders related to perfectionism - not just from the point of view of health and wellbeing but also from the point of view of workplace performance. The second step is to empower people to understand that though perfectionism is often looked upon as an unchangeable trait, in truth it is more of a mindset, which can be driven by choice.

While early academic research treated perfectionism more as an inherent trait more recent research in positive psychology is showing that perfectionism (like other mindsets), is more of a mental attitude that can be changed. Further, positive psychologists who have studied the thinking patterns and attitudes of healthy individuals and high achievers have been able to identify an alternate approach to perfectionism (one they call optimalism) which alleviates most of the problems associated with perfectionism without compromising on performance or excellence.

While a perfectionist is someone who has no tolerance for failure and mistakes, an optimalist is more open to viewing failure as feedback and part of the process. In terms of thinking patterns, a perfectionist tends to adopt an ‘all-or-nothing approach’ while an optimalist shows more nuanced and complex thinking. It is important to note that perfectionists and optimalists are not different in terms of the goals and ambitions that they set for themselves or in their desire and motivation to achieve it. The key difference is in their approach towards achieving those goals and while perfectionists tend to see their journey as a straight line optimalists are more likely to see their journey as an irregular spiral moving in the direction of their destination. This makes an optimalist less defensive and critical (both of self and others) and more open to suggestions and feedback. He or she is also more adaptable and dynamic and tends to be more of a benefit finder rather than a fault finder when the going gets rough.

So the next time you come across someone flaunting a badge of perfectionism, ask them if they truly understand the consequences of being a perfectionist. Ask them if they realise that like other things, perfectionism is also a choice (a mental attitude that is rooted in the fear and non-acceptance of failure). Ask them if it is realistic to have an expectation of ‘zero mistakes and failures’ either for themselves or for others. Ask them if they have ever failed and have learnt and grown because of it. Ask them if there might be a more gentle path towards success and excellence and if there was one, would they be willing to choose that instead.

Tweets by @forbes_india
Donald Trump's passage to India
In Trump they trust: The president's global web of business partners