Covid-19 and Vaccine Equity: Does a patent waiver matter?

While a patent waiver may be good news in the long-term, it may not translate into any meaningful gains for India, professor of public policy and management group, IIM Calcutta writes, adding vaccine equity may be an elusive dream 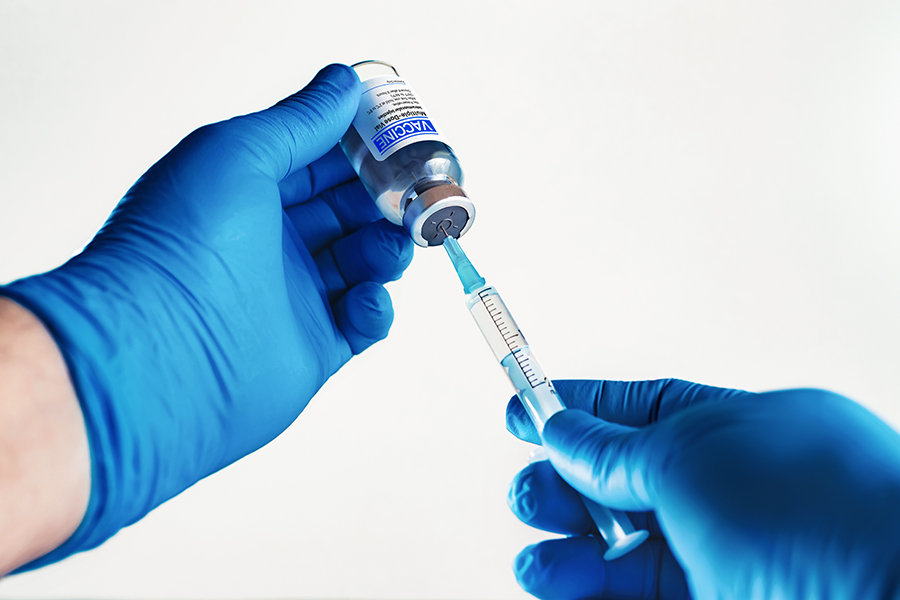 On October 2, 2020, India and South Africa made a proposal that members of the World Trade Organisation (WTO) should “work together to ensure that intellectual property rights such as patents, industrial designs, copyright and protection of undisclosed information do not create barriers to the timely access to affordable medical products including vaccines and medicines or to scaling-up of research, development, manufacturing and supply of medical products essential to combat Covid-19”. The proposal was to waive certain obligations of the Trade Related Aspects of Intellectual Property Rights (TRIPS) Agreement until widespread vaccination was in place globally, and the majority of the world’s population had developed immunity. On May 5, 2021, the US government in a historic step announced that it was in favour of waiving Intellectual Property (IP) protection for Covid-19 vaccines, a measure intended to boost vaccine supplies which will help people around the world to get their jabs.

There is a major difference between the proposal made by India/South Africa and that made by the US government. While the former would enable countries to bypass the monopoly of IPR holders by authorising the manufacturing of cheaper generic drugs and all anti-Covid-19 technologies, the latter covers vaccines only and does not deal with anti-Covid-19 technologies like ventilators, respirators etc. At this stage, this is just a US proposal and it will take many rounds of negotiations at the WTO to develop a broad-based consensus. While this is positive news in the long term, this may not translate into any meaningful gains for countries like India because of two major reasons mentioned below.

Q. Would waiving IP/patent protection speed up and or/ scale up manufacturing and distribution of the vaccine?
The answer is no. Across the globe the principal reason behind the delays in ramping up of vaccine manufacturing capability is raw material shortage and inadequate production facilities. This problem gets compounded because of the highly sophisticated manufacturing processes used in the case of viral vector-based vaccines like Covishield, Sputnik V, J&J, and mRNA based vaccines made by Pfizer and Moderna. Patent system has no role to play in this delay. Vaccine manufacturing is not a plug-and-play system and these vaccines have to be made in bio-reactors that has high degree of sophistication for obtaining the necessary regulatory approvals.

With regard to the two vaccines launched in India i.e Covishield and Covaxin, no patent has been granted to the products in India. Companies might have applied for patents and it might take about three years for the Indian patent office to decide on this. However, it is possible that some patents might have been granted on certain platform technologies used in the vaccine manufacturing process. In case of such patents various kinds of licensing options including compulsory licensing are possible under the Indian Patents Act 1970. Furthermore, in the case of Covaxin, Government of India (GoI) co-owns all property rights including the right to apply for a patent and all associated rights with respect to its licensing/further commercialization etc. GoI should do everything possible to bring many more vaccine/pharma companies from India and abroad to manufacture the vaccine on the basis of technology transfer. Even in the case of Covishield, GoI can encourage AstraZeneca-Oxford/ Serum Institute to rope in more manufacturers on the basis of technology transfer/know-how.

Such licenses on transfer of know-how are very much needed to exploit complex technologies in the field of viral vector platforms. As part of vaccine development, companies like Pfizer, Moderna, AstraZeneca, Bharat Biotech etc have built a vast repository of know-how that is necessary for efficient vaccine manufacturing. When parties agree to have a voluntary license, the underlying know-how is transferred through non-disclosure agreements. Under a patent waiver, there is no incentive for the developers of these vaccines to provide such know-how to those who want to produce the vaccine and this in turn can significantly slow down the vaccine roll out.

Q. Whether waiver of patent rights will result in the waiver of other regulatory requirements for vaccine approval?
Here also the answer is no. Vaccines are biologics which means that they are large molecule protein-based drugs which are produced from living organisms or contain components of living organisms. They are made using extremely complex manufacturing processes which involves living cells while non-biologic or small-molecule medicines like Aspirin are made through chemical processes. Since these biologics are large complex molecules, it is much more difficult to reverse engineer them and launch their generic versions (called biosimilars) in the market. Any company which plans to sell a medicine for human use shall obtain a marketing approval from drug authorities. If one were to compare, the approval process of the generic version of a small molecule drug like Aspirin with a biologic like Adalimumab or Rituximab, the approval process for biologics is very stringent and time-consuming. For example, the drug Rituximab used to treat certain kinds of cancers and rheumatoid arthritis got the approval from the US regulator in 1997 but it took almost ten years for the Indian company Dr. Reddy’s to develop its biosimilar and launch in India under the brand name Reditux.

Companies which have already developed the vaccines can help their local partners to get the marketing authorisation by providing the requisite data and know-how. But a patent waiver can complicate this instead of accelerating the supply of vaccine because there is a great possibility of non-co-operation by those companies who made these vaccines and this can delay the efforts which are intended to improve the supply of vaccines.

Concluding Thoughts
The patent system highlights the inherent trade-off between innovation incentives and access to affordable medicines, which has been debated on multiple occasions without any clear-cut answers or solutions. It is very difficult to believe that the proposed patent/IP waiver contains anything significant to resolve this basic challenge that is faced by the patent system. As the proposed patent/IP waiver faces serious opposition within the developed countries, it would be very unrealistic to expect any positive changes with respect to accessibility or affordability to vaccines or drugs. For the moment it appears that the concept of ‘vaccine equity’ is an elusive dream.

Tweets by @forbesindia
Cyclone Tauktae: India very vulnerable to climate displacements
We will win in India: Abigail Pringle of Wendy's