Rebooting an economy by learning from others

It is very important that Egypt should succeed: not only for the 85 million Egyptians (expected to be 100 million by 2025), but also for the entire Arab world (currently at 350 million, expected to reach 590 million by 2050). There will be a huge Arab youth bulge. This could either provide a huge opportunity or lead to a disaster. In the Arab firmament, Egypt counts enormously; partly because it is by far the biggest Arab nation as well as for historical and strategic reasons.

Forty-fifty years ago Egypt was a highly promising and prominent country. It was richer than many developing countries. The revolution of Tahrir Square has been termed the “Egyptian awakening” as following the demise of Nasser in 1970 Egypt entered a long slumber. In 1970 Egypt and Turkey’s economies were of equivalent size; today the Turkish economy is the world’s 17th biggest and at a GDP of $740 billion which is more than three times that of Egypt, the world’s 41st biggest economy, at $218 billion. In GDP per capita terms, once prosperous Egypt now wallows in 119th position, while Turkey is 57th and South Korea, which in 1970 was poor compared to Egypt, is 33rd. The Mubarak decades were an unmitigated calamity, mainly because it was incapable of delivering proper standards of living to the vast majority of the Egyptian people. 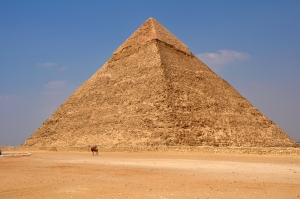 In having got rid of the dictatorship, Egypt needs to quickly re-boot its long stagnant economy. No country has succeeded in developing without learning from others. There is no model that any country, let alone Egypt with all its history and complexities, can adapt lock-stock-and-barrel. But there are inspirations that can serve as useful policy inputs. Where to look?

The UN Commission on Growth and Development found only 13 economies from 1950 to 2005 that achieved an average annual growth of 7% per annum for 25 years or more. These are targets Egypt should be aiming for in order to absorb a reasonable proportion of new entrants into the labor force. Growth has to be high, robust, sustainable, inclusive and equitable. Youth unemployment will be the country’s greatest threat.

Out of the 13, Botswana, Malta and Oman, due to their particular circumstances and very small populations, are not relevant to Egypt. A fourth, Brazil, is somewhat of an old story, with the growth having occurred between 1950 and 1980. The shared feature of the remaining nine is that they are all East Asian: China, Hong Kong, Indonesia, Japan, Korea, Malaysia, Singapore, Taiwan and Thailand. Note should be made in passing that Indonesia is the largest Muslim country, while Malaysia is predominantly Muslim; hence proving the notion that Islam and growth are incompatible is rubbish.

1. Openness to the world
The World Bank characterised the East Asian economies as “outward looking” in contrast to the many inward-looking developing economies relying on import-substitution industrialization. There is an undisputed correlation between openness, competitiveness and growth. Currently Egypt ranks 61st among export nations, in between Azerbaijan (8 million inhabitants, 1/10th of Egypt) and Slovenia (2 million population, 1/40th of Egypt!).

Egypt needs to open up to the world in every sense of the term. It has also to be the regional dynamo in generating intra-regional trade and investments.

2. Investment in education
The more successful East Asian economies made a huge investment in education allowing them to develop competitiveness at home and abroad and to go up the value-added chain quickly. In contrast, the Mubarak decades have seen a “dumbing-down” of the Egyptian population, resulting in high levels of illiteracy and poor quality of education. The very important point that Egyptian policy makers must heed, however, is that it is not just the quantity of education, but quality that counts. Education must develop human capital with analytical minds and with efficient execution capabilities.

3. Pragmatism versus ideology
The great architect of China’s economic reform programme, Deng Xiaoping, is famous for his aphorism: “it does not matter whether a cat is black or white, so long as it catches mice it is a good cat.” So policy makers should focus on catching the mice, rather than the color of the cat. In saying that, however, let it be emphasized that these high growth East Asian societies did not in any way reject their past traditions. Indeed in many cases the high growth resulted in a cultural renaissance. There is, for example, a quite remarkable revival of Confucianism in China today. Tradition and growth need not be incompatible, so long as the former does not interfere through dogmatic intransigence in the latter.

4. Role of government as the coach, captain or referee
East Asian economies developed an original notion of government-industry relations that have, on balance, served them well. Different models can be described by analogy as follows: in the central command and control economies the government acts as captain, it is out on the field, and runs with (often monopolizes) the ball. In the Anglo-Saxon laissez-faire model, the government is the referee, standing on the sidelines, only interfering if there are abuses (eg anti-trust). In the East Asian model, the government is the coach, it is on the sidelines, but it gives directions to the team. Of course in order to do so, the government has to be staffed with highly capable technocrats. If the coach is an idiot, the team will lose.

5. Brain gain versus brain drain
The diaspora of brain-drainers can be a tremendous asset to society. When the brain-drainers return, with the knowledge, network and capital they have acquired, the brain drain can be transformed into a brain gain. But this does not happen automatically. They have to be lured back. Korea and Taiwan have been especially successful in obtaining brain gain. In the 1960s and 70s for every 10 Taiwanese going to study abroad, 2 returned. In 1980 the Taiwan government set up the Hsinchu National Science Park, seeking to replicate some of the features and facilities of Silicon Valley. The result was a massive return of many Taiwanese scientists, engineers and entrepreneurs. In the last few years, the People’s Republic of China has also enjoyed success in getting some of its sharper brains to return from the US.

These five elements are closely inter-related. The quality and scope of education in an open society will obviously differ radically from that of a closed society. The role of government can only be effective if there is an overall policy direction based on pragmatism. Similarly a closed ideology driven society is unlikely to achieve much, if any, brain gain!

This is going to be tough. However if these five lessons from the East Asian experience serve as inspiration for Egyptian policy makers, the chances of success are good. We look forward in a decade or so to read the many publications on the “Egyptian economic miracle”, which will serve as an inspiration to other nations, especially in the Arab region.

Tweets by @forbes_india
Effective Management In International Development: What works and what Doesn’t
Impact investing: Harbinger of A Brighter Future and A Friendlier Bond Market?