From Google in China to the Google of China

Will Baidu take on Google at its own game outside China as well as in it?

Google is undoubtedly the big gun in global search. Or is it? In the Western world it is such a dominant force that in some places the company’s name has become a synonym for searching the internet. But it’s not the biggest player everywhere. In China, a company called Baidu controls 70% of the market – considerably more than that held by Google’s Chinese arm.

Why does Baidu dominate what will surely become the largest internet market in the world? Will Baidu take on Google at its own game outside China as well as in it? 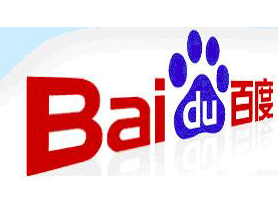 While Baidu has denied plans to move into Europe, it is already operating in Japan. Robin Yanhong Li, Baidu’s co-founder, has previously said that the company’s success in China means that it is “natural” for Baidu to turn to overseas markets.
Few companies have been able to resist the advances of Google on the internet search market. Just ask Microsoft or Yahoo. When Baidu was founded in 2000 – four years after Google – it began as a provider of internet search solutions for other Chinese portals. It then tapped into the unexplored Chinese online search market. It gained a first mover advantage by creating a search engine that provided information in Chinese.
To do this, it adopted some of the characteristics associated with its bigger rival, such as a home page that provides a search bar at the center of a mostly blank page. Baidu also echoes Google in offering a range of products and services designed to improve the search experience for users while increasing the length of time that they stay on the site and the number of times they return to it.

The two companies use virtually the same general business model – selling advertising tied to user searches. They even expanded their platforms in much the same way by building revenue-sharing arrangements with networks of third-party websites that incorporate the Baidu or Google search box into their own site. This allows both companies to use their advertising platforms to generate user traffic and enlarge their paid search networks.

Baidu differentiated itself in ways that have been strong at defending the China fortress from the Google attacks. First, it came with a strong Chinese identity, as its name reveals. Baidu, literally meaning “hundreds of times”, is inspired by an ancient Chinese poem and represents the persistent search for the ideal. Baidu uses an algorithm that takes into account the complexity of the Chinese language in better ways than Google’s algorithm can (Chinese characters require two bytes of storage versus one byte for western syllables).  But more fundamentally, the smaller firm uses its local knowledge of the Chinese market to shape its business approach. For example, it built up a direct-sales force of more than 3,000 people in seven major cities to help customers get used to the idea of e-commerce. It also has a much higher penetration of distributors than Google. The people-intensive strategy meets the demand of a market where much education is required for potential participants to be comfortable with the system. This may have been a good part of the success at defending the Chinese market from the Google intrusion.

Otherwise, the growth strategies of the two firms are similar, with both acquiring businesses, assets and technologies that complement their existing strategies. (Funnily enough, Google acquired a 2.6% stake in Baidu in 2004 for $5 million, but sold it after the Chinese government gave it permission to open its own offices in the country.) Both companies also formed alliances with market leaders in other sectors to broaden their own customer bases and the products and services that they offered.

One significant difference, however, is Baidu’s approach to copyright issues. A big part of the site’s continuing popularity stems from its wide multimedia offering, particularly downloadable music and movies. However, this has led to criticism for being weak on piracy. Advertising is another area where major differences can be found between the companies. While both rely on advertising, only Baidu offers a “pay for placement” option. This means that companies can pay to have links to their websites listed higher than those of competitors when customers search for particular key words. Google does not do this, insisting that advertising results produced by searches are always clearly identified as sponsored links and are displayed in a separate list to the right of the main results, which are independent.

One of Baidu’s significant early advantages over Google in the Chinese market was the trouble that the US giant had in getting permission to operate there. It launched a Chinese-language version in 2000 but it was blocked by the Chinese government in 2002. After agreeing to censor its search results, Google was allowed back into the country in 2005. By the time Baidu completed its IPO on Nasdaq in the summer of 2005, investors were so impressed that its share price soared to $122.54 – a 354% increase on the IPO price of $27. As of September 15, 2009, it was trading at $389.64, compared with Google’s $475.04. It has recouped its pre-crisis prices while Google is still lagging significantly. But in terms of market cap, the Chinese contender is still a tiny player compared to the US gorilla – it represents less than 10% of the value of Google. Today, Google has more cash on hand than what Baidu is worth!  But cash has rarely been a strong competitive advantage, and Baidu’s ability to smartly navigate the Chinese market could well be the promise of the future.

Both companies face significant risks. There are suggestions that the Chinese government may require search engines to list links only to legal music sources, not to pirated songs. If so, this would force Baidu to compete on somewhat more equal terms with Google. More fundamentally, the business profitability itself may be challenged as Traffic Acquisition Costs increase (notably because of the larger proportion coming from so-called Baidu Union Members).

These are still wonderful times for search. But the lessons of successful businesses is that for long-term success, discipline needs to come in good times, when easiest and most differentiating, rather than in the bad times when all restructure. As Traffic Acquisition Costs of Baidu continue to rise, will the fantastic growth be accompanied with the required business discipline? This is a fair question to Google as well, which is buffered by an amazing pile of cash. Baidu has shown that a Chinese company is able to compete with a seemingly unbeatable western multi-national leader such as Google. By following Google’s model and adapting it smartly within the market in China, Baidu has proven that the world of search also has its own unique Chinese characteristics. And if internet search has strong differentiation in China, what business will not?