From Science To Business

How firms create value by partnering with universities 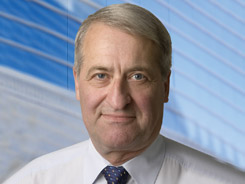 There are various ways that companies can tap into the new knowledge and technology generated by universities – from hiring graduates to commissioning contract research. But, only a small fraction of universities in Europe and the US participate in collaborative research with companies. According to a 2009 AUTM report (www.autm.org), in the most active cases, the amount funded by the private sector represents only about 6% of the total research budget of those universities. Most research funding comes from the public sector, with a very small number of universities capturing the bulk of private sector funding. When it comes to patent-based licensing and/or selling intellectual property (IP), most universities do not generate enough income to cover the expenses of their technology licensing office. A noted exception is Northwestern University, which received more than $480 million in licensing income and royalties in 2008. Additionally, universities typically don’t have the business acumen to embark on the complex process of spinning out companies. Therefore, they tend to engage external partners to help them commercialize their research outcomes. The pharmaceuticals and biotech sectors are prime examples of companies that engage in such science-to-cash processes.

Partnerships between companies and universities are particularly critical as we face mounting issues around energy, water, food and climate. Never before have non-business issues been so relevant to business. Industry and academia must team up to move our world towards a more sustainable future. Only China, Germany and Japan have made substantial commitments in this area. And never before have non-technical innovations been so critical to business success – innovations such as novel business models or managerial practices that are often enabled by information and communication technologies.
The changing landscape for universities and industry
Universities worldwide are confronted with diminishing growth in public funding (e.g. Japan is decreasing by 1% per year), and they are being forced to adapt by raising funds from private sources. But, as the above figures indicate, they probably can’t count on a commercialization bonanza in the foreseeable future. However, they must take steps to make the difficult transition by changing their academic mindsets and moving towards becoming more firm friendly and solutions-oriented.
But it’s not just universities; industry is also changing at a fast pace. With increasing pressure to focus internal R&D activities on short-term payoffs, many companies are beginning to pursue their long-term strategies through collaborations with universities. As a result, new partnerships are emerging that will ultimately change the roles of both.
So, what are smart companies doing to facilitate knowledge transfer?
With everything to gain, a growing number of companies are making changes to the way they do business thanks to academic input. Following are a number of tips and examples of some of activities that companies are pursuing:
Match your objectives with the right institution. Once a company has defined its business development objectives, it must then identify those institutions with which it should engage. It is important for firms to make sure China and India are on their radar screens, as universities in these countries are emerging as bona fide contributors of innovation. But companies must have the wisdom to take advantage of what these and other universities have to offer.
Leverage graduate students. Every year, the 40-staff start-up, HiFiCom (disguised name) in Copenhagen, welcomes 20 graduate students from a local engineering school. Managers from the company also do sessions for the Master’s course, which enables them to spot good candidates to work with the company on their Master’s thesis. A few of these students are hired, and as a result of the constant flow of fresh talent and their ideas for new commercial offerings, the company has been growing steadily.
Participate in collaborative research. HP has more than 100 collaborations with universities worldwide. Many of these are with leading Chinese universities, such as Beijing and Tsinghua. The collaborative research is often focused on difficult issues, often related to long-term research. Even though the projects are often peripheral to HP’s business, they frequently result in the modification of the business development plans of specific business units.
Buy licence or IP. NovImmune, a Geneva-based company active in the area of therapeutic monoclonal antibodies to treat patients suffering from immune-related disorders, was founded in 1998 after obtaining a licence from the University of Geneva. With 70 staff, it is now profitable and relies on an array of collaborations for innovative discoveries to further develop its core activity of producing therapeutic monoclonal antibodies.
Create spin out companies.The University of Cambridge, which had five start-ups in 2009, has had several successful spin outs, including Metalysis, which has commercialized a technological process to produce high-value, specialist metals and alloys that are used in applications in the electronics, medical, marine, aerospace, chemical and defense sectors. The technology facilitates cheaper production with a significantly lower environmental footprint.
Beyond the financial returns, there are may other benefits of knowledge transfer for universities, businesses and society as a whole. For example, collaboration will help universities focus their research on the wider needs of society and industry. And it could also have a socio-economic impact in the form of new jobs, new companies and new products such as life-saving pharmaceuticals. It’s a win-win situation for all parties, and our future may depend on it!
Georges Haour is Professor of Innovation and Technology Management at IMD. He teaches in the Driving Strategic Innovation program and in the MBA module on innovation & entrepreneurship. He acts as advisor to many companies.

Tweets by @forbes_india
Integrating Sustainability And Innovation
Managing Information, People And IT to Improve Business Performance