Rethinking the playing field: How can companies attract and keep the employees of the future?

The playing field in which companies operate is changing. So too are the players, their roles, and even the game itself. Leaders who continue to act as if the old rules apply will find themselves and their organizations sidelined or left behind. Old mindsets will need to be abandoned and replaced with a fresh approach based on what the world is becoming, not what it used to be.

Doing this is about much more than thinking outside the box; it is about throwing away the boxes entirely. Boundaries—those between industries and companies, and those that differentiate between colleague and competitor—are collapsing. Arm's length relationships are giving way to complex, connected ecosystems. 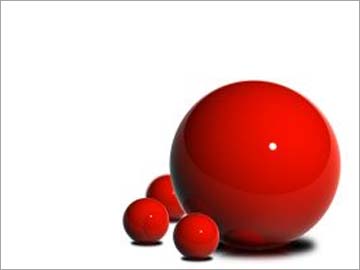 Understanding this changing playing field is a crucial part of preparing a business for the future. Leaders must consider five main areas:
Competitors. Competition is no longer limited to other firms that look, act, and think like you do. It's now a fight across industries.
Growth markets. The battle for high-growth geographic markets is not just between companies. It's also a clash of mindsets, reflecting different business models and economic systems.
Consumers. Businesses talk about fighting to own the consumer, but it is consumers themselves who are gaining power, influence and choice.
Society. Social expectations of business are changing. Companies must make a positive contribution to society if they want "permission" to operate.
Talent. Talented employees want more than a paycheck and the chance to do what they're told for 40 years. Old notions of loyalty based on time served are irrelevant today. It's commitment that counts. To give this, employees want jobs that are exciting and meaningful at organizations that care about more than money.

The talent issue was a constant theme when we interviewed 156 CEOs and other senior business leaders from around the world for our new book. Who are the employees of the future, and what do their expectations mean for employers?

The generation game
It was the baby boomers, born between 1946-64, who got businesses thinking about how different generations behaved. They entered a workplace dominated by the "traditionalist" generation (born between 1900-45), who had loyal, patriotic mindsets, preferred top-down decision-making, and trusted institutions. The incoming boomers, by contrast, tended to question authority and wanted to put their own stamp on institutions.

Then came members of Generation X (1965-80), who are even more skeptical of institutions and more self-reliant than their predecessors. Now the focus is on Generation Y (1981-94), which is typically described as globally concerned, cyber-literate and media savvy. This group wants meaningful work, prefers a partnering style of leadership, and takes a collaborative approach to communication.

"The remarkable thing is how Gen Y approaches balance," Shelly Lazarus, the chairman emeritus of Ogilvy & Mather, told us. "The generation before the boomers lived to work, the boomers worked to live, and Gen Y just lives."

Generation Y also thinks and works in a much more instinctively collaborative way, said Feike Sijbesma, the chairman and CEO of DSM, a life sciences business. "They have completely different ways of using information and working…we will need to organize ourselves differently into a much more networked style of organization, which is different than the way we are structured now with one guy on the top."

Soon they will be followed by the most digitally integrated generation ever: Generation Z (born from 1995 onward). Members of this generation have never known a world in which they could not be in conversation with anyone, anywhere, anytime. For them, boundaries between physical and virtual worlds simply do not exist. But it's not just technology that has shaped them: they have grown up in an era of globalization, global terrorism, and the worst financial crisis since the 1930s.

Keep them interested
Expectations of business are increasing, whether from employees, society or consumers. Along with these comes an increased desire for engagement in relationships. Businesses need a shift in mindset, to focus on the quality of their interactions during relationships, not how long they last.

"You have to start first by recognizing that there is no premium on loyalty but there is a huge premium on commitment," Harish Manwani, Unilever's COO, said of employees. "When young people who join the company ask me, 'How long have you been in the company?' I say, 'I've worked here for more than 30 years, but I don't expect to get a medal just for being here that long.' The medal I would expect to get is for spending these years being committed. So I say, 'My expectation from you, as young managers, is not your loyalty, but your commitment. When you are working with Unilever, are you 100% committed?'"

Employers can secure the commitment of workers from these younger generations by offering ways to solve issues that stretch their abilities without pigeonholing them.

"Gen Y are always thinking about the next thing…[their] average tenure is 16 months," said Lazarus. "What you have to do is figure out whatever it is they're seeking [by moving]. Can you provide those episodes within the organization? Can you move them fast enough, with enough difference of assignment, to make it the same thing as changing companies? We have to move people fast so they are always challenged, they're always learning – and they don't have time to start talking to other people about jobs."

It's also important to offer work that is more than a job, added Patrik Andersson, the former CEO of Rieber & Son, the food company. "Corporate social responsibility and the values of the company are going to become much more important," he said. "The younger generations want to know what your company stands for, what it does, and how it behaves. That's going to be crucial in attracting them."

Younger generations are not the only ones that matter. Longer working lives mean that organizations will soon have workforces with people from most, or even all, of these generations. As they rethink their playing fields, business leaders must adapt their talent strategies to attract and motivate each of them.

“This is an edited extract from Ready: The 3Rs of Preparing Your Organization for the Future. Find out more about the book at www.3RsReady.com. This is the second in a series of articles looking at how leaders can prepare themselves, and their organizations, for the future.”

Thomas Malnight is professor of strategy and general management at IMD. Tracey Keys is the director of Strategy Dynamics Global SA, a consultancy. Kees van der Graaf is a former senior Unilever executive who now holds a number of non-executive directorships. Thomas and Tracey are also the authors and publisher of www.GlobalTrends.com.