Thinking, East and West: Western companies and executives need a much deeper understanding of China

If western firms and their top executives are to meet this Chinese challenge, they need to think more deeply about how they do business with China 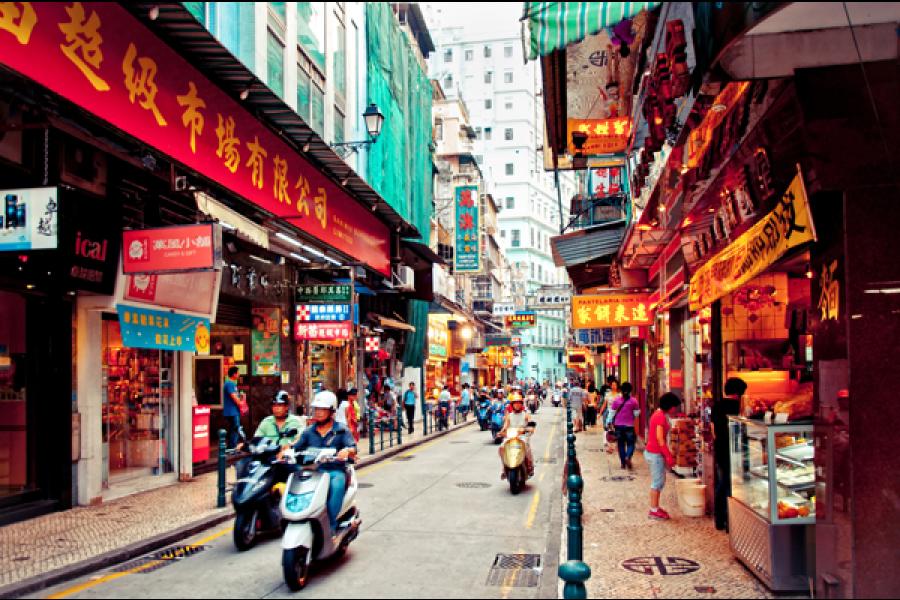 For years, western multinationals have seen China as a source of cheap inputs, or as a growing market for their products. China is still both of these things, but nowadays it’s also something else: an increasingly serious competitor. Chinese firms are investing billions to compete with established companies in western markets, and almost every industry is affected.

Haier (home appliances), Huawei (telecoms equipment) and Lenovo (PCs) are perhaps the best-known Chinese firms in the west, but they are far from alone. In the automotive sector, Geelynow owns both Volvo and Manganese Bronze, the UK-based firm that makes the famous London black cabs. In the food industry, Shuanghui International bought US pork producer Smithfield Foods last year. In heavy equipment, Chinese firm Sany is now one of the largest producers in the world and acquired German pump maker Putzmeister in 2012. Chinese companies are also global players in solar panels and wind turbines, while Xiaomi could be the next big thing in mobile phones. And so on.

If western firms and their top executives are to meet this Chinese challenge, they need to think more deeply about how they do business with China. This involves going beyond simple lists, reexamining their first principles, looking again at strategy, and taking a fresh view of education.

The quality of this thinking, and the decisions that follow, will be crucial.  China will soon overtake the US as the world's largest economy on a purchasing power parity basis, perhaps even this year. This increasing economic weight means that China’s corporate expansion will continue to shape the world of business in the years and decades ahead. The rise of China is not a passing fad.

Going beyond dos and don’ts
Doing successful business with China involves a different way of working. For a start, it requires much more than just observing formalities and making lists of dos and don’ts for dealing with “them”. Sure, hold your business card in two hands when presenting it to a new Chinese contact, respect hierarchy in table seating plans, and don’t spill your tea. That’s all fine, and these points are not unimportant.

But this sort of “five things to keep in mind” approach is superficial and insufficient. Simple-sounding lists of tips and bullet points crowd out a deeper understanding of business in China, which is profoundly different to that in the west.

Question your basic assumptions
Take the market economy. To the western mind, it’s natural that individuals interact freely in the market, without some kind of overriding entity above them. This view is closely linked to the concept of universal suffrage and checks on the power of rulers. Firms, meanwhile, compete for capital and profits and are accountable to their shareholders. And companies exist in the first place because they reduce transaction costs—meaning that they can do some things more cheaply than individuals can.

But this is certainly not a universal view. The starting point in China is not individuals acting freely, but rather notions of hierarchy, duty, responsibility and deference. Basic concepts of the firm and profit are also different, reflecting Chinese views of leadership, power, and the role of the state.

Strategy: chess or wei-chi?
These deep-rooted differences extend to corporate strategy and competition with rival firms, as reflected by the board games that are often used as metaphors for this.

In the west, strategic thinking is frequently compared to chess. All the pieces are on the board at the start of the game, and then players deploy these to attack their opponent. Each player tries to remove the other’s pieces and capture the opposition king.

But in China, wei-chi (known in the west as Go) is a more popular game. In contrast to chess, players start with an empty board and put pieces on it with the goal of encircling and surrounding their opponent. Wei-chi is a slow, patient game, and it’s not always easy to tell who is ahead. The key point is that players seek a longer-term positional advantage rather than a short-term gain. This is something western companies and executives need to bear in mind.

First, think
Western executives also need to be patient in learning about China. It’s no longer good enough—if indeed it ever was—to apply a standard EMBA program structure to China and then dive straight into management basics such as accounting and marketing on day one.

Instead, executives should start by understanding the historical, social and philosophical systems that underpin the Chinese way of thinking. Western managers also need to use programs to build the personal contacts and networks (guanxi) that are so important to doing business with China. These too will deepen their understanding of east-west differences.

Opportunities and threats
A generation ago, western companies wanted to know how to do business with Japan. This thirst for knowledge reflected not only potential business opportunities, but also fear of the competitive threat from Japanese firms. If American and West European companies didn’t wise up quickly, the thinking went, Japanese rivals would soon eat their lunch.

Today, western firms need to think about China, and for similar reasons. But whereas Japan has had a difficult couple of decades since the late 1980s, China’s economic and corporate influence continues to grow. This means more and more western executives must learn to think in a different way.

Phil Rosenzweig is professor of strategy and international management at IMD. He co-directs the IMD-CKGSB Dual Executive MBA, which is designed for high-potential, internationally minded executives who are deeply committed to pursuing a career that leads the way between China and the world.