Is There Life After an MBA?

Whatever you expected when you entered the degree programme, it all looks different ten years hence. An INSEAD case study draws lessons on career success and personal fulfillment from the lives and work of the MBA class of 2002

MBA graduates in the popular imagination probably look something like this: a man or woman in a custom-tailored Italian suit losing sleep on spreadsheets and racing through airports racking up frequent flyer miles while rising through the ranks of a consulting firm (or a multinational or a global bank). He or she boasts a hefty pay packet and a meager personal life, enjoyed on the fly in-between mega-deals.

But a new INSEAD case study peeks behind the veil of such clichés to reveal a richer and more nuanced picture of the lives and work of MBA graduates. 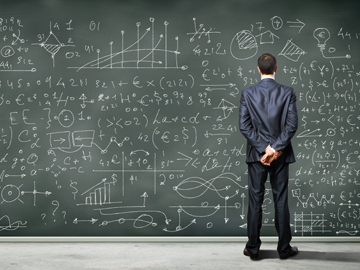 Image: Shutterstock
“The stereotypes people have of MBA graduates ― and that includes people who are applying for or attending an MBA ― are often far from and narrower than the truth,” said INSEAD Professor Jennifer Petriglieri, who together with her colleague and husband Gianpiero Petriglieri compiled the reminiscences of 19 INSEAD graduates in a case study entitled Memoirs of Life and Work a Decade after an MBA. As part of her research on high-potential managers and dual-career couples, Petriglieri, decided to document the real lives of MBAs post graduation. Unlike a typical case study, the narratives are written by the case protagonists themselves so the sentiments and style of each individual shines through.
“We wanted to let these graduates share their story with the students who are sitting in the same classrooms were they once sat, with as little filtering as possible,” said Petriglieri, “We often witness our students getting so caught up with trying to meet traditional expectations of what their career and lives ought to look like after graduation, that their MBA starts to feel more like an obligation than an opportunity. The narratives in the case are a reminder there are many paths to success, many ways to lose and find ourselves, and plenty of surprises along the way.”

Ten Years On
Petriglieri polled the graduates in the class of 2002, asking them to share their personal stories of how their careers and lives had evolved since leaving INSEAD. What struck her most in these stories was their variety. “The amazing thing about the stories is their diversity. They come from people who live on every continent, who work in corporations, not-for-profits, who have started their own entrepreneurial ventures. Each has his or her own personal joys and longings.”

Here are a few snippets from the narratives that demonstrate the breadth and depth of work and life experiences (the names have been changed to ensure privacy):

Chloe Gardener, en route to her dream job as a global CFO, spent time marketing a small wellness centre she started with a friend, and changed jobs while pregnant to be in the same city as her husband.

David Bouchard moved to Madrid for a better life for his family, and after finding himself jobless due to a rift between shareholders and management at his company, decided to find a job that would make a difference: organising the Volvo Ocean Race.

Eddy Hartono, after many international postings with a multinational, is now seeking a better work-life balance in a city that will offer his children good education opportunities and allow him to care for aging parents.

Georges Maillet, who collapsed due to heart failure in a Paris airport, left his high-flying consulting gig for regular hours and better work-life balance at an energy giant, but working on an issue he cares about, climate change.

The ways in which men and women manoeuvered through work-life challenges was more similar than many would predict, Petriglieri found: “Often, when people talk about men and women in the workplace, they talk as if they have different aspirations, face different dilemmas, seek different career paths… when my students read these stories, however, many said that if you took the names away and some of the personal details, it would be very difficult to tell whether each protagonist was a man or woman.”

Meaning and Balance
Men and women alike reported facing two main dilemmas in their lives and work. One was crafting a career trajectory that was both successful and meaningful to them. The second was achieving better balance not just between family and work, but also to care for aging parents, develop hobbies and realise other dreams.

“These narratives shatter stereotypes of MBAs single-mindedly pursuing status and wealth simply for their own gain,” Petriglieri said. One of the most interesting patterns was the class of 2002’s quest for meaning.   Petriglieri said the narratives showed these people were seeking more alignment between who they were and the job they did. “This plays out in many ways ― whether it’s someone who starts a business in an industry that they have a passion for, like alternative energy, or whether it is someone in a large corporation who specifically takes a new role because it will involve mentoring junior colleagues,” she points out.

For the current class of 2013 (who took Petriglieri’s class in March) reading the narratives offered some signposts of what can happen. “For some of them this is an ‘Aha’ moment of a possible future for them, for others quite frankly it can be a warning sign of potential pitfalls ahead,” Petriglieri said. “These graduates, like everybody, had ups and downs. Some of them went through periods really working too hard, and for some that caused health problems, or they realised that it was harming their personal lives.”

Many of Petriglieri’s current students found it reassuring when they saw that other MBAs had not gotten their lives all sorted out. “My first thought on reading the case studies was one of relief. To see that other classmates didn’t have their lives entirely sorted out at the point where they were leaving. But also, even ten years down the line they were still in some kind of flux,” one student observed.

In writing their own narratives for the next ten years, some current MBA students saw the need to plan for major changes they hadn’t anticipated before. “When I actually looked at a longer time horizon, I found out that when I get older, I probably will want to go home,” one classmate said. “That was a new finding for me.”

Some students had remaining questions they would still like to ask the class of 2002. “Is there anything you regret? Was there a point where you made a big mistake?” one student said, a query echoed by fellow classmates.

Petriglieri herself received an MBA nine years ago. What does her own narrative look like?

“I would tell a story of moving from the corporate world into academia, of romance and marriage, of three international moves, two trilingual children, and all the excitement and worry that goes with that.  Work wise, I’ve been extremely fortunate to find a career that is meaningful to me and that I genuinely love,” she said.

“I think what it’s taught me is, it’s not necessarily the big things I’ve achieved or the big failures I’ve had that’s made it meaningful. It’s more the twists and turns along the way, and how I’ve negotiated those that have brought a sense of meaning.

“I’ve also learned that if I look at work-life balance in terms of time, I always feel as if I’m failing. I never feel that I’m dedicating enough time to my husband, my kids, myself or my career. But if I look at it in terms of energy between the various domains that are important to me, I realise that actually they feed and enable one another. So for me, a lot of this is about framing, how you look at things.” As the case hints, meaning is not out there to be found. It must be made everyday.

Tweets by @forbesindia
Should You Build, Borrow or Buy?
Analysis: Reputational Risk in the Supply Chain