Historically companies have created market dominance by following traditional monopoly practices that are based on limiting access, setting a high price and engaging in price skimming. But is that the case for most companies today? 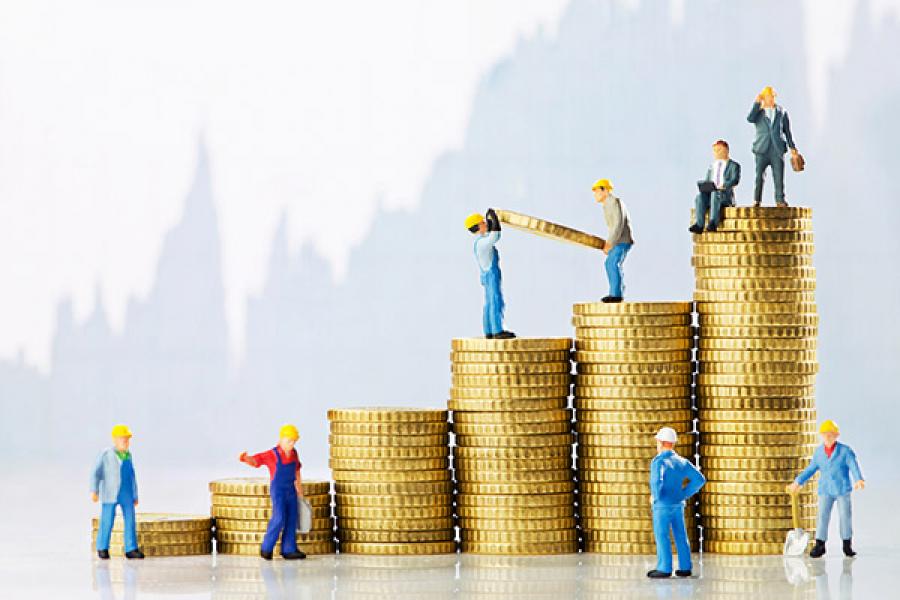 The market dynamics of value innovation

No company wants perfect competition. It’s tough. There’s no money in it. Perfect competition drives profits down to close to zero. Instead, what companies strive for is market dominance. They want to stand apart, be the best and, ideally, the most profitable. But how to achieve this? In a world of non-exclusive goods and services, hasn’t head-on competition become the norm? Or is there another way? In other words: is there a formula for market dominance after all?

Historically companies have created market dominance by following traditional monopoly practices that are based on limiting access, setting a high price and engaging in price skimming. This works well when you possess exclusive assets or critical patents. Just think of the pharmaceutical industry. It can boast hefty profits and benefit from long-term patents that protect them from being challenged by other players. But is that the case for most companies today? The answer is no.

In today’s knowledge economy, based on ideas rather than resources, traditional monopoly practices are hardly effective. Almost everything can be replicated or imitated, often better and cheaper. Is market dominance still possible then? Yes. Just think about how Starbucks redefined the traditional coffee place or how Curves went about and challenged the highly competitive fitness industry. These companies were not built on traditional monopolist terms. Yet everyone will agree that they dominate their markets. So how did they do it?

The characteristics of dominant firms
What these companies – and others who created blue oceans – have in common, is that they benefited from the market dynamics of value innovation. Their strategies deviate from the norm in three important ways, as seen in the figure below:

1.     They shift the demand curve out by offering a leap in value;

2.     They set a strategic price so that people not only want to buy the product or service but can also afford it.

3.     They lower the long-run average cost curve so the company can expand its ability to profit and discourage free riding imitation while offering buyers a leap in value at a strategic price.

Let’s walk through this using Figure 1 below. Value innovation radically increases the appeal of a good, shifting the demand curve from D1 to D2. The price is set strategically and in this case, shifted from P1 to P2 to capture the mass of target buyers in the expanded market. This increases the quantity sold from Q1 to Q2 and builds strong brand recognition for unprecedented value. In addition, the company engages in target costing to simultaneously reduce the long-run average cost curve from LRAC1 to LRAC2 to expand its ability to profit while discouraging imitation. Hence, buyers receive a leap in value, shifting the consumer surplus from axb to eyf. And the company earns a leap in profit and growth, shifting the profit zone from abcd to efgh. 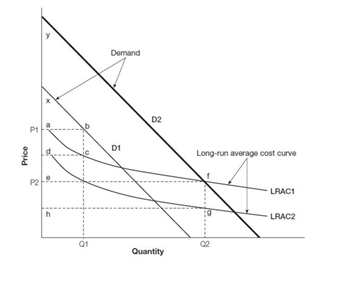 What follows is win-win market dynamics, where companies earn dominant positions while buyers also come out big winners. The society benefits from improved efficiency as well, due to a focus on reducing costs, not only at the start but also over time.

Conventional monopolistic practices, on the other hand, set high prices and exercise price skimming to maximise profits, limiting peoples’ ability to buy. At the same time, due to the lack of viable competition in the market, they often fail to focus on efficiency and reducing costs and hence consume more resources. Because of the artificially high price imposed on consumers, the consumer surplus decreases and by inefficiently consuming more of society’s resources, they also incur a deadweight loss in the economy. As traditional monopolist practices in most instances work against consumers and the efficient use of resources, there are regulations against them with some exceptions in cases such as pharmaceuticals and other technology intensive industries where patents encourage large long-term investments in R&D and resulting monopolies.

The bottom line is: Market dominance through monopolistic practices tends to come at the expense of society and consumers. Value innovation, in contrast, creates a win all around. That’s why consumers tend to fall in love with companies that achieve it.

Take a look at Zappos, a company which achieved value innovation and market dominance in a saturated industry, selling something which is almost considered a commodity: shoes.

They shifted out the demand curve
When Zappos started out in 1999, it could have easily become one of many online stores benefiting off the dotcom bubble. But that was never the goal. Instead, the company focused on offering a leap in value by combining the best of a traditional shoe store with the best of an online retailer. In traditional brick-and-mortar shoe stores, one out of three sales was lost due to the unavailability of the right size for customers. Zappos instead offered a large selection of shoes, in a wide variety of sizes and colors. But Zappos didn’t stop there.  It also offered top-notch customer service, fast delivery and an easy and free of charge return policy. By doing so, it brought choice, convenience and a personally tailored shopping experience to the buyer, a combination which neither physical nor online stores managed to offer.

They lowered long-run average costs
Instead of paying for a prime location in a shopping mall, Zappos invested in a state-of-the-art inventory warehouse. This way they could keep stocks themselves and deliver shoes faster to the customer, without relying on the manufacturer. A big cost saving was achieved by shifting from traditional marketing to online marketing. SEO and affiliate marketing turned out to be much cheaper and more effective. On top of this Zappos benefited from word-of-mouth through their customers-turned-fans. Lastly, Zappos developed an extraordinary company culture, with highly effective employees and a turnover significantly below the industry average. All these measures enabled Zappos to lower their long-run average costs and improve their margins.

What Zappos achieved is Value innovation. It is what enables companies to make the competition irrelevant and create and dominate blue oceans of new market space.

In the case of Zappos it delivers such extraordinary value that it doesn’t have customers, it has fans as all blue ocean companies do. That’s the reason why over 75 percent of their customers are repeat buyers and the company generated over $2 billion in sales in 2015. At the same time, they set a strategic price and deploy a unique business model which not only ensures them a good margin but also makes them almost impossible to beat. At the end of the day, that’s what blue ocean strategy is all about: don’t fight the competition; make it irrelevant.

W. Chan Kim and Renée Mauborgne are professors of strategy at INSEAD and co-directors of the INSEAD Blue Ocean Strategy Institute. They are the authors of Blue Ocean Strategy, which has sold over 3.5 million copies, is being published in a record-breaking 43 languages, and is a bestseller across five continents. They are ranked in the top 3 in the Thinkers50 listing of the world’s top management gurus and are the recipients of numerous academic and management awards including the Nobels Colloquia Prize for Leadership on Business and Economic Thinking, the Carl S. Sloane Award by the Association of Management Consulting Firms, the Leadership Hall of Fame by Fast Company, and the Eldridge Haynes Prize by the Academy of International Business among others. Kim is an advisor to several national governments and Mauborgne is a member of President Barack Obama’s Board of Advisors on education.