mVisa places no costs on the merchants, unlike point-of-sale machines used to swipe cards 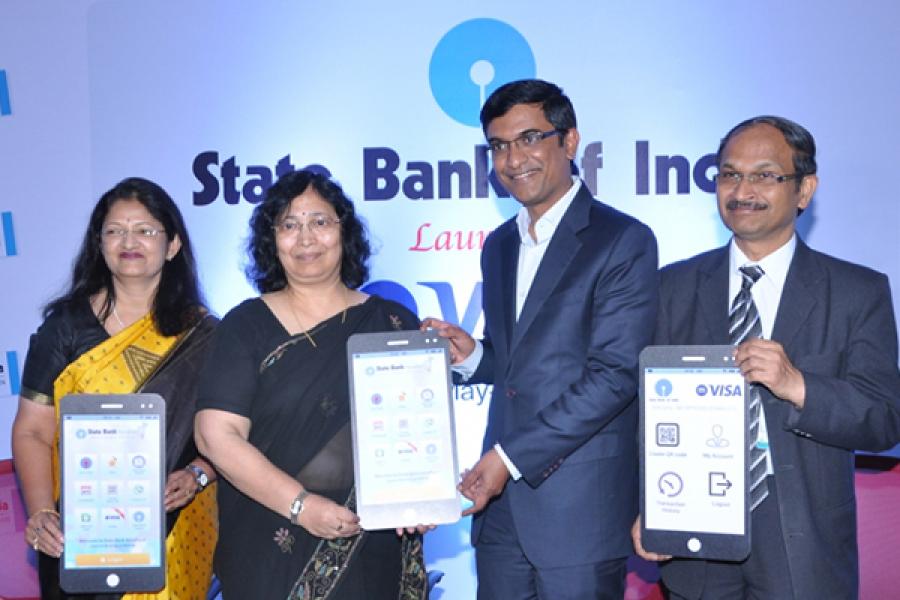 State Bank of India, the country’s largest bank, joined a group of banks that have rolled out the mVisa smartphone app and technology, by opening up the option to merchants and customers initially in Bengaluru, at an event on Thursday.

The effort is aimed at enlisting millions of small merchants and their customers into the digital payments ecosystem, and uses a QR code-based solution developed by payments services provider Visa Inc. Unlike point-of-sale machines such as those that are used to swipe credit or debit cards, mVisa places no upfront costs on the merchants, while charging a commission on transactions not dissimilar to the card-based payments.

“mVisa is a very handy solution in a situation where merchants and customers are both reluctant to bear the capital cost of a card-acceptance infrastructure,” Manju Agarwal, deputy managing director for corporate strategy and new business at SBI, said.

The solution fits in with the bank’s larger strategy of using technology to free up branches to focus on value-added services and “cross-selling and up-selling our products and those of our subsidiaries,” Agarwal said. “Going forward we wouldn’t want branches to devote their time on transactions, we would want transactions to be migrated to ‘anytime’ channel,” she added.

“It’s a very powerful initiative, where the merchant’s smartphone becomes his point-of-sale machine. You can virtually convert everyone from a paan-wallah to a taxi driver to a grocer into a merchant who is ready to accept your transaction in a digital form,” she said.

Similarly, the consumer would be equally “in complete control” of her transaction, as her phone never leaves her hands — unlike a card which has to be handed over, and one risks data theft — nor is the mobile PIN ever shared.

The mVisa project was first made public in September last year. In addition to SBI, Visa has partnered some of the country’s top private sector banks, including ICICI Bank, HDFC Bank and Axis Bank, which have all rolled out their own mVisa smartphone apps. The solution is also bank-agnostic, which means a consumer with one bank’s mVisa app can go ahead pay a merchant who banks with a different bank.

Consumers will be able to download the mVisa application to their smart or feature phone and securely link their Visa debit, credit or prepaid account to the mVisa application, Visa had said in a press release in September last year. The banks in India, however, have mostly focused on the smartphone option, and SBI’s mVisa app currently is only available on the Android operating system as most smartphones in India run on Android.

SBI does have plans to make mVisa available on Apple’s iPhones also, the banks officials said at the launch event in Bangalore.

Merchants can download their version of the app, and will need to clear the same know-your-customer process required for the card-swipe machines, SBI officials said. That done, each merchant gets a unique QR code generated at the bank’s and Visa’s backend, which they then display at their establishments.

Customers will also need a one-time registration after they’ve downloaded the app, and then they get to scan the merchant’s QR-code, use their Internet banking credentials, enter the payment amount and hit go. Additionally, mVisa users will be able to pay bills and send funds to other Visa account holders. The transactions are processed via Visa’s global network, VisaNet.

Tweets by @forbes_india
Can customer reviews be 'managed?'
Three Steps Towards Market Domination