Investing in top talent in India is not cheap: Pete Lau 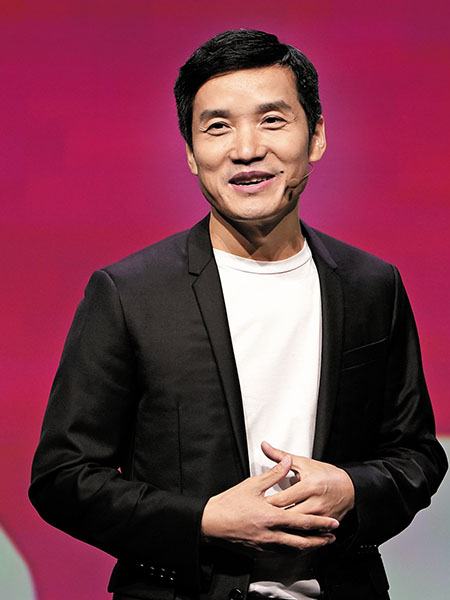 OnePlus CEO Pete Lau is looking to buy office space in Bengaluru
Image: Carlo Allegri/Reuters
Pete Lau, founder and CEO of OnePlus, was in India recently, scouting for research talent and office space in the country. India accounts for about one-third of the revenues of the Chinese smartphone maker and is now home to the Shenzhen-based company’s fourth research and development (R&D) centre. While its India R&D team is being bulked up in Hyderabad, Lau is looking to buy office space in Bengaluru, the headquarters of OnePlus in India. “A lot of companies take the route of renting [office space], but we are focussed on the long term, so it makes sense [to invest],” Lau, 43, tells Forbes India in a 40-minute interview. Edited excerpts:

Q. What have been the big developments for OnePlus in India over the last six months?
India is still our largest market and China comes second. So, India is as exciting as ever. The last time we met [in May-June], we didn’t have the Q2 and Q3 data. In both the quarters, OnePlus has been the number one [smartphone brand] in the premium segment in India [capturing 40 percent and 30 percent of the said segment market, respectively, according to data from Counterpoint Research].

In terms of growth, we have already achieved our CY18 sales in nine months this year; we are 30 to 35 percent higher compared to last year and at least 50 percent more in absolute business. Both our models, OnePlus 6 and 6T, have done well.

We had two months of no-sale period. The OnePlus 5T was sold out almost 45 days before the 6 was launched. And for about a month, specifically during Diwali, there were no sales as the OnePlus 6 was sold out prior to the launch of 6T. We would have had higher sales if we had enough stock during these two critical phases.

Q. In the past, you have spoken about India being your home market. Do you have plans to strengthen your presence here in terms of manufacturing, sourcing and R&D?
In terms of device manufacturing, from OnePlus 3T onwards, 100 percent of our devices that are sold in India are made in India [through contract manufacturing]. It’s not something that will change. Then there is the establishment of our R&D centre in Hyderabad, which has happened over the last six months. We have a team of under 100 people and are in the process of scaling that up. Last week we were at IIT-Delhi to recruit talent.

Q. What work would the India R&D facility undertake and how different would it be compared to your other centres?
We have R&D centres in Shenzhen, Taiwan and a small one in the US. The India R&D centre will be focussed on software [development] and will closely work with our R&D teams in Shenzhen and Taiwan. The point about being closely linked with the other teams is that the R&D development is not just to serve India, but to serve OnePlus globally.

Having said that, the India R&D centre would have a focus on artificial intelligence (AI) and how to use it to improve our product experience. In three years India will have our largest R&D centre [now it’s Shenzhen].

Q. What would be your investment in the R&D facility?
R&D is an investment in people… I have tasked our India team to find the best possible talent. A lot of companies like to talk about how they are investing hundreds of millions in their R&D centres, but that’s not our style. Investing in top talent in India is certainly not cheap, so considering that it won’t be a small investment.

We looked at Hyderabad as we see a significant pool of talent there. Also, important partners of ours like Qualcomm are based there.

This year, we have partnered with Amazon in six European countries: The UK, France, Germany, Italy, Spain and The Netherlands. In North America, we continue to have our online channel. Also, with the launch of OnePlus 6T, we partnered with T-Mobile, which gives us [better] access to consumers in the US in a more mainstream way.

Q. You see OnePlus as being a disrupter to Apple. Given that Apple has signed a global agreement with Amazon for the sale of its products, does it alter your partnership with the ecommerce giant in India and Europe?
From what we have observed so far there has been no impact. Each brand has its own unique positioning and characteristics. More brands going online strengthens the entire ecommerce system, which is good.

Q. From making smartphones you are now looking to manufacture TVs. Why?
We have been observing the TV industry for quite a while and looking at how the internet functions in different environments—office, home, car and mobile. Over the last 20 years there hasn’t been a tremendous change in TV functionality. We are exploring the possibility to create a product which has seamless functionality within the confines of a home. The TV is a device that is capable of being connected across the home as well as seamlessly with a smartphone.

Q. Do you have a product that is ready for launch?
We are still in an exploratory phase with regards to product development.

Q. What would be the defining smartphone feature(s) in 2019?
The big focus, for the industry as a whole, would be on AI and using it to better the user experience. Each company will have its own approach and focus. For us, the focus will be on camera: How AI can help the camera to take faster and clearer photos.