People want to buy culture from us: Karan Virwani 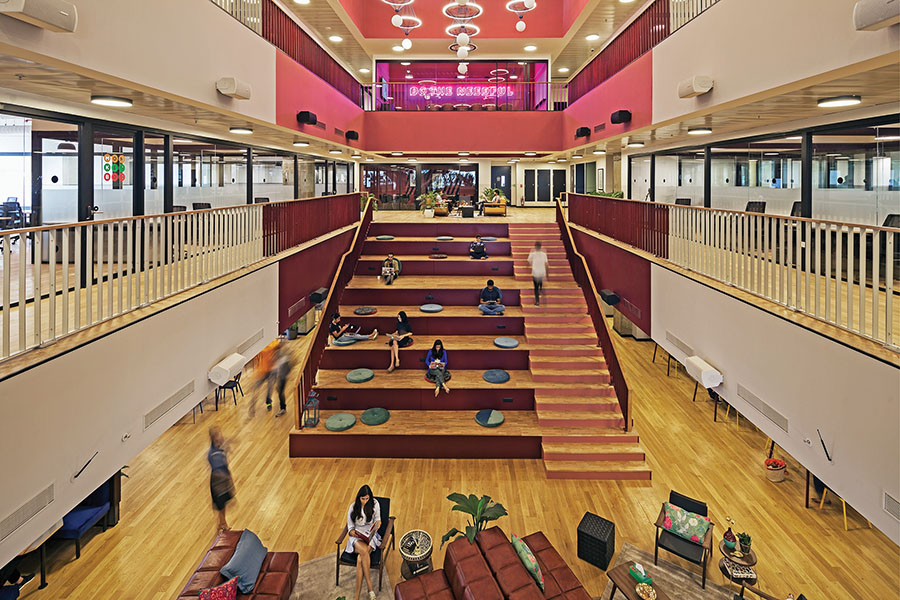 It doesn’t come as a surprise then that media reports claim WeWork—founded by Adam Neumann and Miguel McKelvey in 2010—will achieve a valuation of $35 billion after its next round of fund raise, which is likely to happen soon. Reports also suggest that its domestic entity, WeWork India, which is a joint venture with real estate billionaire Jitendra Virwani’s Embassy Group, is looking to raise growth capital at a valuation of about $1 billion.

Is the valuation fair? It’s too little, quips Karan Virwani, 26, chief WeWork executive officer, WeWork India, and the elder son of Jitendra Virwani, in an exclusive interview on the sidelines of the Forbes India Startup Square event in Bengaluru in June. “The only thing that’s interesting about the valuation is that it gives us additional funding to continue to grow and make an impact,” adds Ryan Bennett, 36, who shares Virwani’s designation at WeWork India. Edited excerpts:

Q. Is this trend of startups, and the gig economy, running parallel with the growth of co-working spaces? How do large enterprises fit in?
Bennett: India now has the second-largest startup community in the world, behind the US. A lot of our growth since we opened [in July 2017] has been driven by the startup community and freelancers. About 55 percent of our member base in India is a mix of startups and small businesses. What is also exciting for us is that we have a great mix of startups and large enterprises [companies with more than 1,000 employees]. Startups want to grow to be large enterprises, and most large enterprises want to be nimble like startups. So when you put them under the same roof, it’s a powerful way for them to communicate and collaborate with one another.

Virwani: I don’t think our users are restricted by age at all. We have a 60-year-old here [at WeWork Galaxy] who studies the Vedas, and teaches them to CEOs. There is no real restriction on the users that we have. We also have Microsoft over here. It’s the need of being flexible that has become prevalent in today’s society.

Image: Selvaprakash Lakshmanan
Q. What’s the correlation between co-working and innovation? Do we actually see more innovation happening in such spaces?
Virwani: The [co-working] environment is conducive for creativity. Also, being at WeWork takes away the headache of all the other stuff [related to running a full-fledged office, including human resource functions], allowing people to just focus on what they are doing.

Bennett: While innovation is a broad term, it is usually connected to collaboration. We have done research within our spaces and found that, globally, about 75 percent of our members have collaborated with each other at one point, while 50 percent have done business with one another. And that’s a really powerful story.

Virwani: At WeWork BKC, Mumbai, a small two-member startup—it uses Artificial Intelligence and machine learning to analyse data—met with Jaguar Land Rover (JLR) which is one of our members at BKC. That startup has now won a global mandate to build the data analysis software for JLR. We have a lot of such examples. We have a furniture company here, which imports furniture from China. That company has now become a vendor for a top ecommerce firm that also works out of our premises here. That door wouldn’t have opened for the firm if it wasn’t in the same physical space. Besides, it built a marketing team with other independent members working at WeWork Galaxy.

Q. Critics say the high valuations of co-working startups such as WeWork’s are a bubble. How do you respond to that?
Virwani: I don’t think it’s valid. Everyone will have a justification for it [valuation]. It’s too little if you ask me [for both WeWork and WeWork India]. There is a huge opportunity across the world in how people want to work—not just in being in a shared environment, but also being part of a much larger community. We have a huge technology play at WeWork, where we are analysing data on how people work—seeing trends across different markets and cultures. We are able to share this feedback with companies who are using our spaces to engage better with their employees.

And not limiting the demographic to startups and small businesses, we are doing full-fledged headquarters and campuses for large enterprises, putting in our technology, and giving them the data I mentioned.

We see WeWork to be a 100-year company, and are not just looking at the next five or 10 years. Adam [Neumann] looks at valuations as fuel to be able to get to a much bigger story.

Bennett: The only thing that’s interesting about the valuation is that it gives us additional funding to continue to grow and make an impact.

Image: Guru Prasad S for Forbes India
Q. Currently, India has over 500 million square feet of leased office space. How much of that can be converted into co-working spaces?
Bennett: As per recent [industry] projections, the estimated potential market in India for co-working spaces is 15.5 million people. We have about 10,000-plus members in India [across Delhi-NCR, Bengaluru and Mumbai]. So the gap is vast, and the market potential is minuscule compared to the 500-plus million of leased office space. But as people get more comfortable with co-working spaces, I’m confident of their potential to scale and grow.

Also from a plain economic sense, co-working spaces save companies money: It’s 25 percent less expensive to be in a WeWork facility than in a traditional office space. One of the biggest travel websites in the world, which is based in New York, had three floors as office space. We were able to condense all their employees in two floors, and give them a much better experience.

Virwani: People are coming to us and saying, ‘We want to buy culture from you’. Culture was never a commodity before, but that’s what they are coming to WeWork for. My generation looks for culture at their workspaces—is it enriching enough to grow as a person as opposed to making enough money to buy a house and build a family?

From a macro perspective, we have a growing population across the world that’s migrating to just 60 major cities. So we need to create efficient workspaces in these cities. That’s where we [WeWork] come in—creating efficiencies in an asset class [commercial real estate] that has been static for a long time.

Q. Was the joint venture between Embassy and WeWork an India-specific model?
Virwani: It’s unique to India. We [Embassy Group] believed in their mission, and were enamoured by what we saw in New York. India is a difficult place to operate in, and if you’re not from here, it isn’t easy to scale. They wanted a real estate partner who could source and have access to a lot of real estate. Also, a partner who had the ability to put in capital. I think it’s been an amazing partnership.

Bennett: There is a sense of humility in saying, ‘What does someone who grew up in New York know about operating in India?’