Much mimicked, never matched, his investing style has been an enigma 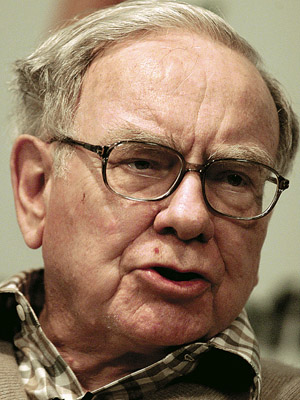 Every April, all money roads lead to the Woodstock of capitalists — Berkshire Hathaway’s annual conference. Thousands across the world — scores from India — listen to the sermon of the Sage of Omaha: Warren Buffett. The gospel, they hope, will change their lives. Yet, living according to the gospel has been tough for most. Why?

Following the form not the function: Buffett looks for companies that grow consistently and for a very long time. He calls such companies The Inevitables; these are companies like Coca-Cola and Gillette. Here’s where the biggest difficulty of emulating Buffett lies. How does one recognise an Inevitable? According to Hindu philosophy, the world is maya — an illusion— and the real fabric of reality lies beyond it. That reality is hard to grasp.

Over the years, many Indian Buffett fans simply looked at the ‘form’ of Buffet’s decision-making apparatus. So, the Buffett fans dosed up on Hindustan Unilever (HUL) or Colgate-Palmolive. But over the last 11 years, Hero Honda delivered an annual growth of 24 percent, while HUL moved up by only 7 percent. Infosys, which was considered to be very expensive in 2000, managed to grow by 13 percent during the same period. What would Buffett have done?

Buffet’s approach to picking a stock is deceptively simple. He says: “We will not go into businesses where technology, which is way over my head, is crucial to the investment decision.” Infosys may not have been in a simple business, but was well managed. HUL was in a Buffett-like business, but didn’t execute their plans with precision. By a perverse logic, Buffett might have just gone ahead and invested in Infosys. To be Buffett, you must interpret him rather than imitate.

Patience is a virtue: This attribute is extremely rare in a world where a second can be defined as the time taken for a million Blackberry messages to die. Think about this. Buffett started with $10,000 when he was 21 years old and today he is worth $40 billion. That is a massive growth of 28 percent on an annual basis over the last 60 years. Ten years ago, if an Indian investor would have invested Rs. 30,000 in the top 30 companies and gone off to sleep, he would have woken up in December 2011 in a very cheerful mood. His portfolio would have returned 35 percent on an annual basis. Most investors can figure out the settings on a smartphone but have trouble appreciating the long-term effects of compounding.

Complementarity in friends: The last thing that Buffett fans will find difficult to emulate: Advisors like Benjamin Graham and friends like Charlie Munger. Munger, for instance, is almost an alter ego of Buffett. While Buffett likes to focus, Munger likes breadth. But between them, the duo has all the perspective needed to take an intelligent decision.

Sounds simple? It is and that is why it is so tough. Warren Buffett is simple and the essence of advancement is simplicity. The theory of evolution by Darwin didn’t catch on with the general public because people loved the complexity of God. Evolution is too simple to understand, so is Warren Buffett.