Why It Makes Sense To Buy Gold 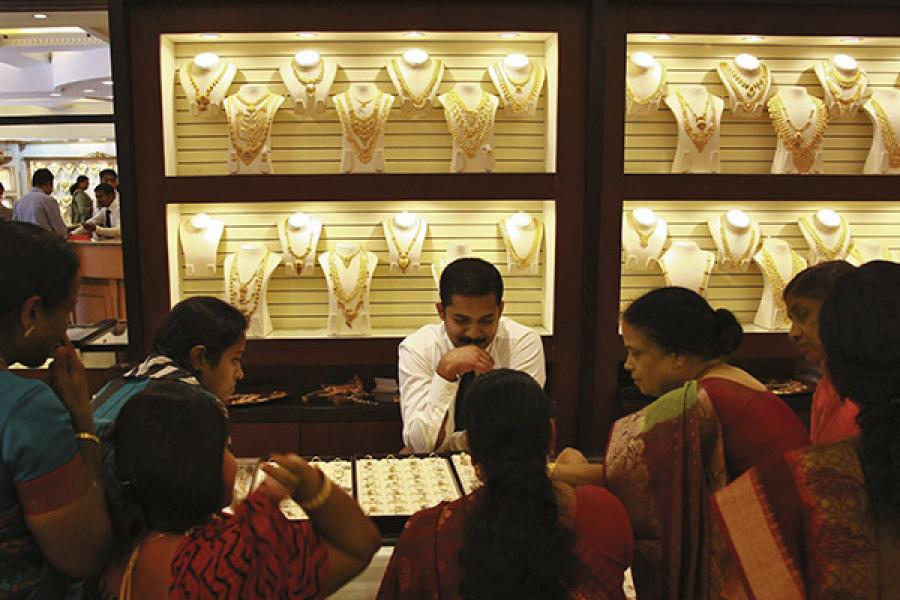 “The desire for gold is not for gold. It is for the means of freedom and benefit.” These words by Ralph Waldo Emerson sum up the reason why the yellow metal continues to hold favour among investors across the globe. While retail investors seek freedom from inflation, large buyers (read Central banks, hedge funds) seek freedom from currency devaluation. In this era of Quantitative Easing (QE) and artificial monetary support, markets are rewarding gold for its sheer quality of maintaining purchasing power. If one cuts off the incessant money printing across the globe, gold would be reduced to a worthless asset in the end. To put it simply, it is not the value of gold that is going up, but the value of currencies that is coming down.

The US Federal Reserve’s balance sheet was just under $900 billion in early 2008, but it has expanded to just over $2.8 trillion currently. The gold mine production rate has remained flat in comparison.

More importantly, balance sheet inflation continues at the same pace. The Fed recently announced another round of QE policies that could see around $1 trillion being added to the Fed’s balance sheet every year till they decide to stop printing money. With the re-election of Japan’s Liberal Democratic Party, the nation is poised to witness an easier money policy in a bid to boost economic growth. It is such synchronised efforts from Central banks across the globe that has further accentuated gold’s role as a monetary alternative. The fiscal role of gold is gaining more ground with the Basel Committee on Banking Supervision as it is considering defining gold as a ‘tier 1’ asset in line with cash and AAA government securities. It is expected to open doors for gold to compete with cash and government bonds on bank balance sheets.

Yet, gold remains one of the under-invested assets. Currently around 1 percent of global financial assets are invested in gold. We believe gold is far from being in a bubble phase. Gold price performance in all G7 currencies in the past five to 10 years stands testimony to the fact that it’s a broad-based rally.

Fixed Income and equities have generally found more favour with investors as these are income-generating assets. Fixed Income provides interest; equities provides dividend. Gold generates neither. However, things have been changing with real interest rates moving into the negative territory across the globe and dividend yield on equities being far from encouraging further investments. With even currencies being consciously devalued, gold is emerging as an alternative to fiat money with more fundamental value to provide to investors.

However, one would note that gold prices have not really moved significantly higher in the recent past in spite of such easy money policies. To understand why, let’s look at the US QE programme.

When the Fed engages in QE, it does so by buying assets in the open market, such as Treasury notes or mortgage bonds. When the Fed buys a government bond in the open market, it creates the money to pay for it out of thin air and the payment is credited against a commercial bank’s account at the Federal Reserve. However, since banks have largely refrained from lending it out into the economy, the velocity of money has not matched the pace of money supply. In most cases the money is either deposited with the Central bank or with other banks. Hence, the money that the Fed creates is not in circulation. However, when these large sums of money do start flowing into the economy, we would see inflation rising, which would further fuel demand for gold.

But is QE really the only answer to the current global crisis? If yes, then it would be difficult to explain why the US economy continues to struggle. The rate of economic growth and the distribution of income and wealth in a country are closely related to export growth. A weaker currency acts as an important stimulant for favourable exports growth. Hence, most of the economies have engaged in a race towards devaluation.

India has been thriving on its domestic demand advantage for a long time now. However, a large part of this strong demand is focussed on buying gold that is hurting foreign exchange reserves. The government has been trying several tactics to reduce gold bullion imports as it has started taking its toll on the country’s current account deficit. Apart from hiking the customs duty, the government recently barred banks from financing gold purchases. To dissuade retail investors from buying physical gold, the RBI is considering promoting gold investment in dematerialised form. While most of these investment alternatives do prove to be viable investment options, they fail to address the fundamental reason for the surge in gold imports like high inflation and macro economic instability.

The banking crisis of 2008 left world-renowned corporate houses bankrupt and prompted unprecedented Central bank actions across the globe, which have led to most of the toxic debt getting transferred from private balance sheets to government balance sheets. The race towards competitive devaluation is set to intensify, leading to further deterioration in the value of currencies. Here we say again, “Gold is good money”. Most commodity bull markets run for 16 to 17 years and gold is just concluding 12 consecutive years of positive returns. Investors still have time to enjoy the freedom and benefits of investing in this unique asset class that acts as a hedge against governments’ mismanagement of money. 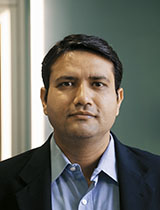 Ritesh Jain
Profile: Head of investments for Canara Robeco mutual fund.
Known For: Managing the Rs 810 crore InDiGo fund, whose portfolio includes Gold ETFs. According to Morningstar India, over the past year, the fund has given a return of 7.45 percent against a category average of -5 percent.
Image: Vikas Khot

Tweets by @forbes_india
The Cocktail Renaissance
Investment Mantra for 2013: Accumulate, But Don't Get Too Greedy