Or result in significant savings for the retail consumer

Interest rates are expected to fall. There is consensus as far as the markets are concerned that India will not have double digit interest rates. Even the Reserve Bank of India (RBI), in its December 2, 2014, policy statement, made it obvious that it would be looking at a monetary accommodation policy.
Though everyone is aware of this, we will look at the backdrop differently. We will look at three key events panning out before the rate cuts. If you look at some indications that the RBI gave in its policy statements, you will realise that the central bank needs to see the trajectory of interest rates after the base effects have worn off.

We have seen the CPI (Consumer Price Index) decline on a very positive base effect from 2013. Now, the RBI will go through the December-January inflation data before the budget. And after the budget in February, we will be entering a period where the Federal Open Market Committee, which looks after the US’s open money market operations, is expected to give some indication on the June rate hike. There is a feeling in the international markets that the Fed wants to go for a rate hike for the first time since 2006. When all these things are available to the RBI, it will be in a position to take a judicious decision on rate cuts. It is unlikely that it will follow one variable just because the CPI is coming down.

The RBI is looking at inflation, fiscal consolidation and the risk to the financial market because of the Fed’s rate action. If the Fed raises rates, there is a chance that foreign capital in the Indian markets will follow the high interest rates in the US. This will also put the rupee under pressure.

Having said that, we believe that the first rate cut will take place before March 2015, but only if the following scenario doesn’t turn into a big impediment. The markets did not anticipate the sell-off in the emerging markets. Today, the rupee is at around 62 against the dollar. But the rupee depreciation story is not India-specific. Russia had a big currency crisis and hiked rates from 10 to 17 percent. All emerging markets have seen their currencies depreciate.

Today, if you look at where the 10-year bond is trading, it is not only discounting one rate cut but the possibility of a second one. This, from a markets perspective, is aggressive positioning.

The yields for the 10-year bond were at 8.61 percent in January 2014. But it fell to 8.22 percent by end-December as oil prices started to crack. It went down further at the start of 2015 to 7.8 percent despite the policy rate staying at 8 percent. This shows the markets were building in rate cut expectations in the long-term yields. 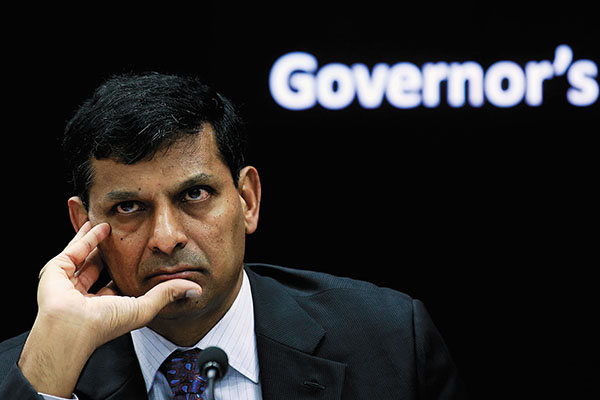 By January 2016, the RBI is looking at a CPI number below 6 percent. We believe that by April 2016, the RBI might cut interest rates by 100 basis points or 1 percentage point. Even though that appears difficult, we are working from that point of view.

The 10-year bond yields are already discounting the rate cut, which is why they are below the 8-percent mark. If you look at 7 percent as the terminal repo rate, the 10-year yields should be between 7.4 and 7.5 percent. That means it will go down by only 40 basis points.

That may not be a significant number. When we consider it as a percentage of the total outgo, the savings that a consumer will make because of the rate cuts will not be huge. The idea that rate cuts will bring back growth is not a very valid argument.

So how should we look at fixed income? As a separate asset class and not compare it with equities. The yields on equities are at 5 percent, while that of the 10-year bonds are at 7.86 percent, making investing into bonds a very attractive proposition in the short term. But investors should have equity in the long run. Debt should be there for regular income to bring stability to your portfolio.

If you have a view on the rates, there is a clear opportunity out there. If you were to ask someone whether the 10-year bond yield was going to be 7.82 percent, maybe the level of comfort was low. The level of comfort is increasing now. But you need to have a slightly long-term horizon. The volatility in currency markets might weight on the RBI, but rate cuts are inevitable. We also have the highest nominal rates globally, which have to come down. So, look at fixed income through a dynamic bond fund if you are looking to invest into this asset class for the next one or two years.

(As told to Pravin Palande; the article was written prior to RBI cutting the repo rate by 25 bps on January 15, 2015)