Executing a long-term portfolio of consumer-facing businesses is logical 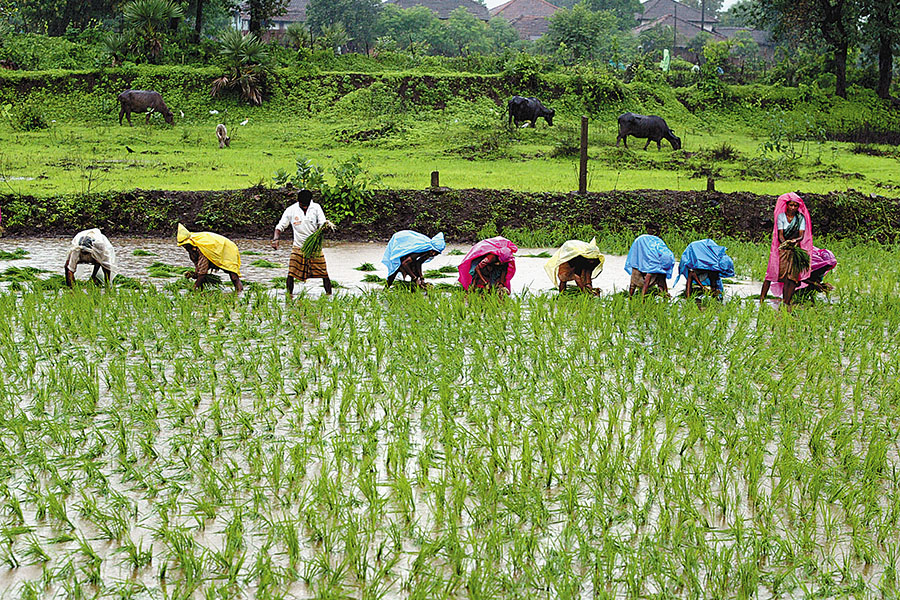 India is among the fastest growing economies in the world, a large emerging consumer market with growing spending power. In this context, executing a long-term portfolio of consumer-facing businesses is logical.

However, the urban-rural divide poses a challenge. The actual demand from rural India, where 60 percent of the country resides, is just a fraction of what it can be. So, owning a consumer portfolio is still some time away. In the interim, our focus is on income enablers, which will get the first share of the profit pool.

Cranking up rural income needs spurring rural capital formation. This requires better quality of need-based agri inputs, aids and implements, and effective irrigation methods that don’t depend on subsidised power (this will cut the overall energy cost as corporate India will not have to cross-subsidise the farm economy).

Eventually, an effective pricing/delivery mechanism and process/value-addition will improve farm incomes more effectively by cutting intermediation costs and wastage. Poultry, dairy, aquaculture and horticulture too complement and de-risk traditional farm income to balance growth. The intent of reforms, and the quality and effectiveness of on-ground delivery mechanisms, are improving, and these efforts by the Centre and states will pay dividends beyond FY19 and FY20.

The enabling businesses in this part of the economy should benefit first in the near to medium term. The opportunity emerging from the narrowing gap between urban and rural GDP will be the theme of the next decade.

Our portfolios around the rural strategy are aligned to companies that benefitted from improving farm incomes and the cash generation cycle. We chose businesses that were consolidating, and where the supply side has been constrained due to limited cash flows. The demand side would benefit from rising incomes, recovery from cyclical lows, and the government’s thrust to increase per-capita GDP.

While we may argue the near-term negatives of such austerities, in the long term India can enjoy its demographic dividend only if income disparities narrow. Historically, sectors with large increases in money supply create economic multipliers.

While maintaining our initial investment framework of companies transitioning to leaner balance sheets and improving cash flows, we focussed on companies that are beneficiaries of capital formation and shrinking labour, which would likely propel a move towards technology.

The idea here was that with increase in farm income, re-investment rate in agriculture would increase too. With growing affluence, demand for value-added food in general, and protein in particular, will increase. The processing of food would improve its shelf life, lower wastages and farmers would get a bigger share of the consumer wallet, and hence a higher price. Cash flow growth was ahead of profit-after-tax growth for most of our portfolio companies.

Outlay on rural schemes
Money continues to be polarised in social sector schemes. Government spending on social schemes and infra is in full swing and this would have a multiplier effect in FY19-20E. Of the announced farm loan waivers of ₹1,10,000 crore, almost ₹15,000 crore has been settled thus far.

Our checks suggest that in the run-up to various elections, the waivers may add up to ₹2,20,000 crore (or 25 to 30 percent of outstanding farm loans). This does risk slippage in states’ fiscal or a cut in their planned capex, but will make farmer balance sheets more resilient, and prepare them for the next leg of growth—additional borrowing from PSU banks.

Budget 2018 was rural centric. It outlayed an incremental spend of ₹2,20,000 crore, of which almost 20 percent was direct aid given to irrigation, post-harvest infrastructure, food subsidies, fertiliser, interest, crop insurance and employment. Advance estimates point to production having jumped to 277 MMT in FY18, from 272 MMT in FY17.

Demonetisation and Goods and Services Tax affected liquidity and, to a good extent, farm prices. The combined effect is the halving of agri GDP growth to 2 percent in FY18E.

Keeping in mind the continued stress, the government recently announced raising the minimum support price (MSP) by a minimum of 1.5x input cost. As MSPs are already at 1.33x input cost, the net increase would be around 17 percent, most of which should trickle to the bottom, thus raising farm incomes. Firming incomes, along with direct and indirect subsidy support, should nudge the sector towards a higher growth trajectory, perhaps higher than the usual 2 to 4 percent.

Global crop inventories are benign (except for corn), according to the United States Department of Agriculture; thus crop prices seem to be bottoming out, and a gradual recovery after seven years is likely in 2018. This perfectly coincides with increase in Indian MSPs.

Data suggests that ‘agflation’ is best for agri GDP in coming years. High MSP growth in FY13 spiralled food consumer price index (CPI), rural CPI and rural wages, leading to a high agri GDP growth in FY14 (see table). A likely jump in MSPs in FY19, could lead to a repeat of FY14. Thus ‘agflation’ cannot be simply wished away. Arguably, the best way to beat agflation is to invest in companies that will lead, and even herald, the next wave of growth.