Beyond the exotic: Branding India

Despite India's dominance in the IT services industry, the world doesn't perceive India as a modern economy with a competent workforce. Research explains the reasons behind this perception and defines ways to change stereotypes to foster confidence in Brand India

By Durairaj Maheswaran and Malika, with Aarti Totlani 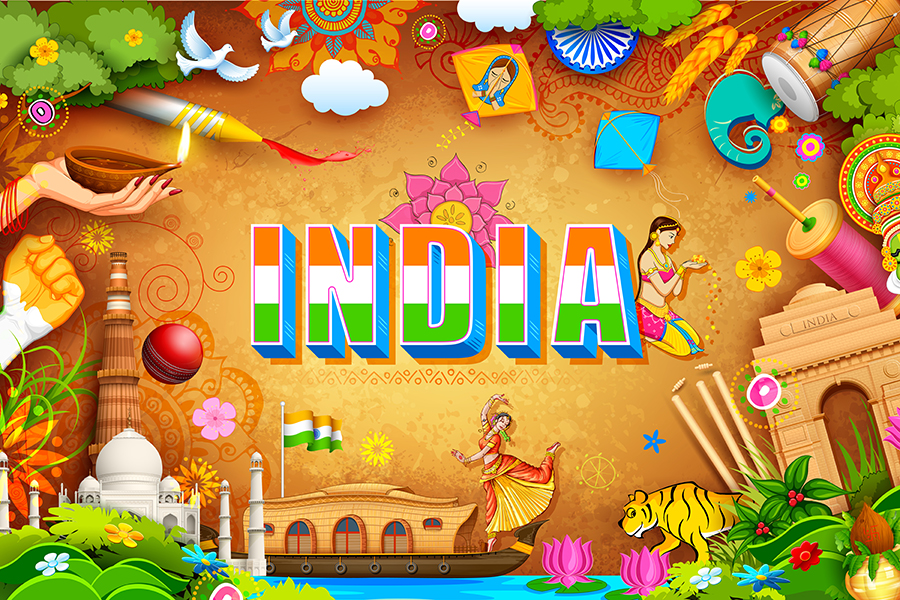 When people around the world hear the name “India,” what is the first thought that comes to their minds? And why is their impression of India relevant to how they consume Indian products and invest in Indian industry? Our research explains the importance of nation equity and the ways to change a possibly unfavourable impression to sell Indian goods and services globally.1

Like many countries around the world, India conjures up a series of distinct impactful images in the minds of foreigners like Gandhi, poverty, spices, culture. Historically, people have viewed India through the lens of the exotic. But while the country has witnessed huge advances in certain areas, it has not transformed this overall perception of the nation.

With Information Technology (IT) exports likely to exceed US $300 billion by 2019-20, as per the National Association of Software and Services Companies figures, India is increasingly perceived as the hub of IT solutions.2 Such a perception of India is built through decades of ascendency in the global IT outsourcing market. Indian companies are rated among the most powerful brands in the world in IT services. That kind of product-related equity can extend beyond the companies and industries to the nation itself.


So what is nation equity? Nation equity is the image of the country around the world. It includes people’s emotions and perceptions of a country based on culture, history, economic development and other factors. It could be positive or negative. Briefly, if you like the country, you would do business with the country.

Now that people associate successful IT companies with India, does that have a positive impact on how people feel about India? Not really. Focusing on only one industry impacts people’s perceptions about the nation very slightly. The IT industry has created positive equity in a particular domain. But people still think of India as mystic and exotic, not as a modern, contemporary growing economy with a skilled workforce. A nation’s brand must be built by excellence in more industries and products, as well as by enhancing ‘warmth’: positive feelings and emotions that a country evokes which are unrelated to the quality of the products.

Nation Equity: The Ingredients
To understand why people have these positive or negative emotions unrelated to the products offered by a country, our model outlines three dimensions: ethnocentrism, animosity and the halo effect.

Ethnocentrism is the belief that one’s own cultural values and practices are the best. For example, you will see Germans buying mostly German cars, not just because they believe German cars are superior, but because their cars dominate the public imagination.3 Similarly, in India, domestic brands for gold jewellery like Tanishq have won consumer trust. Hence there is a low demand for non-Indian gold jewellery. So highlighting this positive association with one’s own country will increase domestic consumption, more so for indigenous product categories. For instance, Patanjali has enhanced its sales by emphasising its Indian heritage.

In contrast, feelings of animosity towards a nation can adversely impact imports of goods and services from that nation. While ethnocentrism distinguishes between the home country and the foreign country, animosity differentiates among foreign countries. For example, Pakistan’s hostile feelings toward India — and vice versa — are based on the aftermath of the Partition from 1947 onwards. Continued political conflict between the two countries negatively affects consumption of music, movies and television serials across borders. So, minimising animosity could lead to more favourable equity for both countries.

Finally, the global perception of a country is also impacted by the halo effect caused by stereotypes that the world holds about a nation through direct or indirect exposure to the nation. Increasingly in international news, we find reports on the benefits of Ayurvedic medicine, triggering and fuelling the growth of luxury wellness spas in Kerala and all over India. The Condé Nast Traveller featured the Kalari Kovilakom Kerala in 2017 as one of 9 Editors’ Picks for wellness retreats worldwide. “Expect to shed a few excess pounds and maybe gain a refreshed mental clarity,” noted Editor David Prior.4 The Ananda in the Himalayas was reviewed in September by the London Evening Standard as one of 12 most “decadent and dreamy spas [in the world] to indulge your inner hedonist.”5

But not all impressions of India are positive. International media reports on wrenching poverty, exploitation of women and children, rampant diseases and widespread corruption create unfavourable images that are hard to overcome. People don’t think of India as a safe country.

While feelings of ethnocentrism and animosity are important emotional aspects of a nation, the halo effect is more amenable to intervention. It can be influenced to enhance pleasant feelings towards India and build a national brand that is appreciated by global consumers.

From Negative to Positive
How can we manage nation branding to convert negative impressions to positive images? The stereotypes can be changed by providing new information to consumers. But not all information will lead to the same level of change.

A more impactful strategy is providing new information that cuts across multiple product categories and industries, slowly and steadily bringing together and gathering many positive cases that contradict the negative perceptions. For example, India is gradually gaining popularity in Western countries as a hub for medical tourism. In the past century, India has exported its doctors to the world and now with the growing expense of healthcare globally, India’s affordability and use of cutting-edge technology make it an attractive medical destination.

An existing stereotype can be altered dramatically through high-impact occurrences. For example, when most whisky drinkers think of the world’s best whisky, they think of Scotland. But in 2010, the Indian brand Amrut won the international accolade of being the world’s third-best single malt. Seemingly overnight, India became a global player in the world of whisky. India is also emerging as the dominant wine producer in the Asian region after China, with CNN touting Nashik as the next big wine destination.

The first step in revising negative perceptions of India is for the government to craft a cohesive message, one that emphasises both its modernity and heritage.

With its Incredible India campaigns, the government is branding India in a fashion that further highlights its exoticism with images of palaces, monks, handicrafts and traditional dancing. Incredible India doesn’t add to the perception that India is known for its manufacturing competence. Such advertisements for the sake of promoting tourism alone may dilute the economic development of the country. An integration of the Incredible India campaign with the Make in India campaign is required for enhancing the view of competent India.

As the image of India evolves, it becomes increasingly important to manage the nation equity to favourably impact the expansion of Indian goods and services around the globe. India has many unique strengths, and they need to be effectively leveraged for India to emerge as a dominant global power. A consistent message that minimises the colonial exotic view of India and that integrates its modernity and infrastructure development with its natural attractions and vibrant culture can both promote tourism and increase foreign confidence in investing in the country.

Tweets by @forbesindia
Garfield: How much would you bid for the cat who loves lasagna and hates Mondays?
Deutsche Bank layoffs begin as workers feel turnaround plan's impact first