Customer engagement rather than merely acquisition is the path to sustained value growth. India's burgeoning sports leagues may be well positioned to take advantage of value increases through digital engagement. 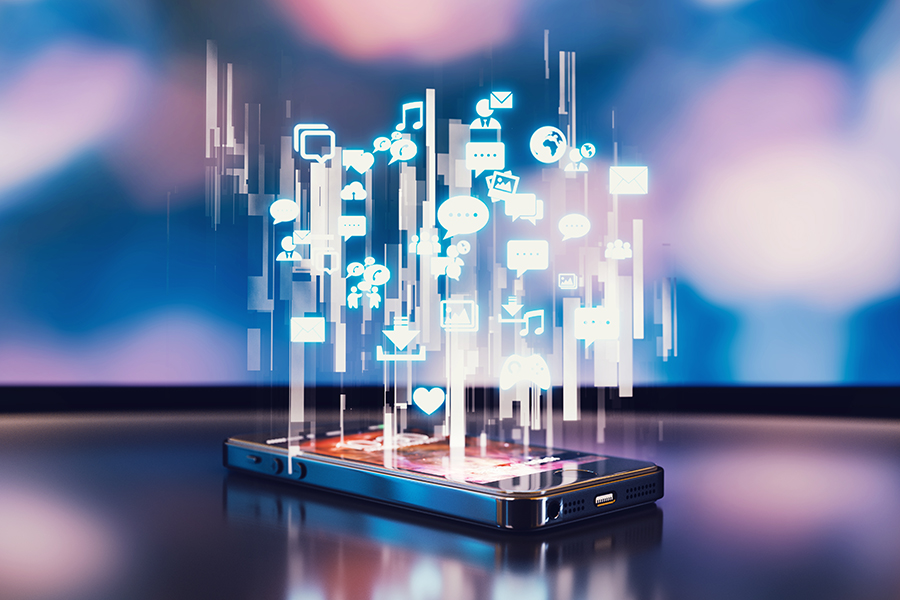 For India’s leading digital players, should the relative emphasis be on more customer acquisition or on better consumer engagement? With a case study of India’s professional sports leagues and teams, in this article, I illustrate an alternative digital value play through superior user engagement, going beyond mere user acquisition.

Active Users? Or Claimed?
Despite claims of having acquired hundreds of millions of users, digital majors continue to show very low levels of active users. In public statements, however, companies ranging from Flipkart to Uber to Paytm continue to raise and deploy billions of dollars in chasing more of India’s near half a billion mobile online users.

The existing scale of hundreds of millions of users would seem to require instead a stronger focus on better engagement from the existing customer base, to increase the share of wallet spent. This is because, as I have argued in the accompanying video, the skewness of the discretionary consumer spending power among Indian consumers and the trend of increasing income inequality makes the case for engagement over acquisition.

Even more problematic is the fact that the pursuit of more customer acquisition spends also papers over systematic gaps between claimed and active user bases. Consider the significant difference between Ola’s claimed user base of over 100 million and daily rides of only around 1.5 million. The latter implies even fewer active daily users. With claimed 60 million users and 1 million daily rides, Uber India is not much better off.

In another industry segment, for its investor audience, Paytm flaunts its over 320 million registered users as evidence of its dominance in chasing India’s nearly half a billion mobile online users. Its quoted 1 billion transactions a quarter, however, suggest that estimates for its actual active user base could vary all the way from 11 million daily active users (assuming just one transaction daily) or 110 million monthly active users if one assumed only three transactions a month. Paytm’s competitors such as PhonePe and Google Tez claim 20 million and 14 million active users respectively.1

Many of these public statements may, in fact, be aimed at appeasing existing or future investors. Or these players may be dressing up for sale. As I have argued elsewhere, for example, in the case of Uber, which has chosen to strategically pull out of South-East Asia, yet remain active in India, its decision may be driven more by impending initial public offering (IPO) plans rather than any fundamental long-term profitability boosting play.

Pitfalls in the Path to Customer Engagement
For buy and hold players, however, the objectives may be different. What economically sustainable strategies can they adopt? The promises of better return on investment, consumer tracking and insights through digital footprints and big data analytics appear rather underutilised in practice. Significant opportunities exist to leverage this potential for better managerial insight and actions. The bottom line? A substantial opening for better consumer engagement in the Indian context.

A pitfall most marketers fall into in the pursuit of consumer engagement is trying to induce greater brand loyalty. Instead, as opposed to an occasional transaction on big discount shopping days, the focus should be on building greater emotional connect and boosting the product’s centrality in the regular lives of target consumers. Companies should focus on developing greater consumer involvement in non-transactional activities such as co-creation inputs for new products, slogans, packaging and involvement in campaigns / initiatives around causes that consumers care about.

Marketers would do well to heed what studies demonstrate: consumers connect much more readily around themes and causes, such as the environment, pets, health and wellness, food, sports, national/ and local community pride than around transactions and product categories. The other trap lies in limiting efforts merely to bragging rights comparisons. The danger is getting framed by and restricted to social media engagement metrics offered by dominant platforms, whether tweets/posts, likes or shares.

Fan Engagement and Value Growth
As a case study, consider the multi-billion dollar value enhancement opportunity for India’s leading sports leagues and clubs — Indian Premier League, Indian Super League or the Pro Kabbadi League. Leading professional sports clubs in the United States (US) and Europe, such as the Dallas Cowboys, Manchester United and Real Madrid have over the past decade, dramatically grown not only geographic reach, audience viewership and valuations but also their monetisation and operating profitability. Growth in commercial revenues rather than match day and broadcast is what separates richer clubs from others. This superior growth in commercial revenues comes from larger numbers of more engaged fans, spread all around the world. India’s leading sporting leagues and clubs are poised at the cusp and can achieve a similar step change in top and bottom line growth opportunities, provided they take the required strategic fan engagement initiatives.

Various estimates of IPL franchisees’ brand value, on the other hand, are quoted in the $50-100 million range.2 Pessimists question even these valuation levels. Most teams continue with operating losses. The few teams such as Kolkata Knight Riders and Mumbai Indians that are in the black make barely $1 million as operating profits despite revenues of roughly $20 million per annum.3 On the optimistic side, there seems to be considerable valuation upside, given that leading individual US and European sports teams are valued in the $3-4 billion range. These numbers are comparable to the entire IPL brand valuation of just over $6 billion in 2018.4 A significant source of competitive advantage, value growth and monetisation opportunity lies in superior fan engagement. This needs to be mainly driven by individual team franchises.

Professional sports in India has already established a strong position in TV viewership audiences and hence substantial broadcast revenues.5 While going forward, undoubtedly, their viewership can continue to grow. I argue, however, that actions to drive TV and digital media viewership share and optimise monetisation from their broadcast rights are more appropriately driven at the league level. However, the significant step change in the financial value of digital broadcast rights will largely be captured at the league levels. The share of this value received by teams in that league will usually be broadly equal – and more than likely passed through to star players and coaches as the ultimate beneficiaries in highly coveted and contested markets. In other words, it will grow franchise teams’ top lines but probably not boost their bottom lines too much.

In a post-Jio world, with faster speeds, lower cost and more data consumption, shifts in entertainment viewing towards digital would be a key driver of the growth in digital mobile advertising spends in India. This market in India is currently very small at less than US$1 billion per annum, far lower than comparable markets in the US and China at about US$80 billion and about US$50 billion per annum respectively.6

The key winners from the growth in this mobile digital advertising pie will most likely be digital entertainment content owners, especially leading sports leagues, as live sports is a key driver of digital entertainment consumption, whereas general entertainment viewership and content providers are far more fragmented. Consider the fact that Hotstar claimed about 100 million active users a month in December 2017, more than its four nearest rivals combined: Voot, 22 million; Amazon Prime, 11 million; and Sony’s Liv and Netflix, 5 million each.7

Nonetheless, for real competitive advantage, franchise teams will have to drive actions around boosting fan engagement beyond mere audience/ eye-ball metrics. A lot of inspiration can be taken from the initiatives of leading US and European clubs in this regard – but great care needs to be applied to suitably tailor that in the Indian and specific sports target segments context. Examples include the NBA’s international — especially China — fan engagement strategies. Real Madrid and Manchester United are also similarly expanding globally. These league and club-level global fan engagement strategies have deployed a combination of physical exhibition matches and start player visits, as well as sustained digital engagement. They could well have useful lessons for IPL teams to better engage with the non-resident Indian (NRI) diaspora in high spending yet under-served with cricket markets such as the US, the Middle East and others.

i. Better fan segmentation using big data analytics for social media sentiment analysis, taking this to insights well beyond mere aggregate level tweets, likes and shares. Identify and reach distinct segments. What is their level of engagement with the sport and the team?

A set of coordinated marketing actions must be tailored for key target segments to boost brand value, extend the franchise team’s relevance beyond the limited league calendar and monetise through a carefully selected bundle of physical and virtual experiences or offerings.

Rather than chasing the chimera of half a billion users all across Bharat, India’s digital players in other industries interested in economically sustainable business strategies should focus more on consumer engagement of their higher value customer segments with discretionary spending power.

Tweets by @forbes_india
India's popular cricket commentators give us a glimpse into their profession
Adidas sells diversity, but black employees say it doesn't practice it