How do parties bargain when negotiating in the glare of public spotlight?

Professor Deepal Basak and his colleague bring new insights from game theory to show what happens when negotiators gamble with public opinion, but in the public domain, not in private backrooms 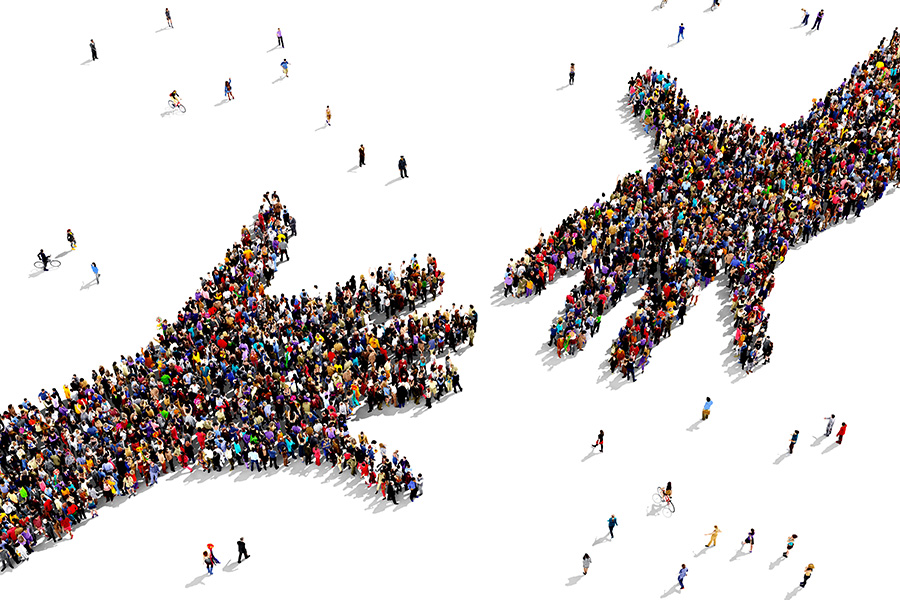 April 2011 at Delhi’s iconic Jantar Mantar provided the occasion for a remarkable public negotiation over how best to tackle governmental corruption. The debate revolved around the Jan Lokpal (or ombudsman) legislation, drafted by the government in 2010, but criticised by anti-corruption activists as being ineffective.

On April 5, 2011, Kisan Baburao Hazare, better known as Anna Hazare, started a hunger strike to force the Government of India to strengthen the provisions of the bill. Hazare was well regarded in activist circles but relatively little known outside his home state of Maharashtra. A priori, the outcome of the tussle could not be anticipated – on the one hand was the powerful central government and on the other, a band of activists led by Hazare, who claimed to represent the will of the people. The ability to gauge and steer notoriously fickle public opinion was key to winning or losing this fight, and only one side showed itself capable to the task.

As the India against Corruption (IAC) movement held its ground, the government gave in. The settlement dealt the then United Progressive Alliance (UPA) government’s credibility a disastrous blow from which it never fully recovered.

Negotiation may require compromise. Compromise may impose costs. The bargaining parties bear much higher costs, however, when negotiations occur in the public domain, over issues of public interest. A recent paper by Professor Deepal Basak, an expert in the Economics area at the Indian School of Business, and Joyee Deb of the Yale School of Management focuses on bargaining situations that echo this very public battle over the Jan Lokpal bill.

Consider two national leaders confronting each other in a border dispute, or two countries going head to head over a trade agreement. Consider company managements and labour unions wrangling over wages or terms of employment. In all these cases, the stakes are sharpened by the presence of third party stakeholders that stand to be affected by the outcomes. The risks – loss of face and reputation — loom as large in these settings as the potential rewards – public acclamation and political windfalls — which accrue to the parties that take their places across the bargaining table.

In other words, compared to private negotiations, outcomes in this class of negotiations are decided by uncertain shifts in non-participants’ views. Each side gambles on public opinion, and one or both parties sometimes end up with catastrophic reputational damage.

When public opinion matters
How exactly do the outcomes in these public bargaining conditions differ from private, corporate parleys negotiations? Basak clarifies that unlike the voluminous literature on negotiations in strategy or organisational behaviour areas, the economics literature tends to ignore the behavioural nuances of the actors to home in on the underlying structure of risks and rewards. In theorising negotiations as zero-sum games where actors bargain for shares in a fixed pie, economists aim to predict the path of play based on the relevant strategic considerations.

Why and in what sense then, do public bargaining scenarios encourage parties to take the riskier route of gambling on public opinion? To understand Basak and Deb’s forecast about how parties come to agreement in these conflicts, it is useful to step back and consider the earliest insights from economists on the problem of bargaining.

An old tactic originally deployed by Roman generals, and employed in the Second World War by the Soviet Red Army in its defence against the invading German forces of Adolf Hitler, perhaps provides the best example of such commitment. Forced to defend Stalingrad, the Red Army needed to communicate to the Germans that if cornered, it would fight rather than retreat. The Germans preferred to avoid a battle of this sort. To convey its resolve to combat, the Red Army used the method of the Roman Generals and burnt the sole bridge over the river Volga, which would have allowed them to escape if they wished.

Brinkmanship being the essence of bargaining, according to Schelling, it is only by tying one’s hands or “burning one’s bridges” that an agent is able to plausibly threaten action that could harm the opponent (as much or more than the actor).

Basak argues that public opinion provides exactly such a hand-tying mechanism, since each side knows that the public will view negatively any attempt to yield on original demands. We can then ask – would it not be in each party’s best interests to lowball their demands to prevent loss of face at a later stage? So instead of claiming 70% of the proverbial pie, perhaps each side would do better to call for 50% or less, depending on the specific factors in play?

This is where Basak and Deb’s game theory model yields a surprising yet strong prediction. As long as public opinion is uncertain, they show, bargaining parties have an incentive to gamble and raise the stakes above “compatible initial demands”. Why so?

Translating Basak and Deb’s intricate mathematical model into English loses some nuance, but the basic intuition is as follows: The winner in the brinkmanship game is the one who has more to lose by capitulating. In other words, the winner is the one with more public backing. A negotiator who takes a gamble over the public opinion may lose, but she loses when she has relatively little to lose because the mass of public opinion is against her. In the struggle over the Jan Lokpal Bill, for example, both the UPA government and the IAC took a gamble and as the public opinion moved towards IAC, they emerged as the winner in the gamble.

In this outcome, it was Anna Hazare and IAC who had the overwhelming weight of public expectations on their back. In contrast, the government – the loser in this case – had less riding on the outcome. Both parties nonetheless had an incentive to delay settling in the hope that the tide of public opinion would turn in their favour.

Inefficient outcomes
As should be obvious, this gambling outcome, despite its inevitability, forces inefficiencies. There is the delay in settlement, for one. But there is also the loss of face for either or both the parties that has to climb down from their early assertions. One can imagine, for example, the IAC movement ending with both parties having to make concessions. In that case, both Anna Hazare and the UPA government would have incurred the costs of public humiliation.

Nonetheless, Basak and Deb’s counter-intuitive prediction proves remarkably robust in this and other real world examples of such ‘public bargaining’. Initially, both sides choose to up the ante rather than come to a mutually agreeable conclusion.

Basak is careful to note that their prediction in no way depends on the public-spiritedness of the bargaining parties. Indeed the two parties need not even care for the welfare of the side they represent. Fully self-interested agents responding only to the potential signal of public opinion would arrive at precisely the pact suggested by Basak and Deb.

The paper advances the previous academic body of knowledge on bargaining. Economists had modelled the “revoking costs” of making concessions during negotiations, but few had analysed outcomes when these costs depended on an uncertain factor such as public opinion.

Basak and Deb’s findings would greatly help the politician, trade negotiator or labour union leader entering into negotiations in a public arena. The take-away: Gamble with public opinion if you must, but gamble wisely.

About the Researchers:
Deepal Basak is Assistant Professor of Economics at the Indian School of Business. His profile is here: http://www.isb.edu/faculty-research/faculty/directory/basak-deepal

Joyee Deb is Assistant Professor of Economics at the Yale University School of Management.


About the Writer:
Ashima Sood is Fellow at the Centre for Learning and Management Practice at the Indian School of Business and Editor, ISBInsight.

Tweets by @forbesindia
Paytm Reloaded: It's no longer just a mobile wallet
ExxonMobil's strategy for the low-carbon future