Predicting Exchange Rates is hard. Could dusting off an old technique help? 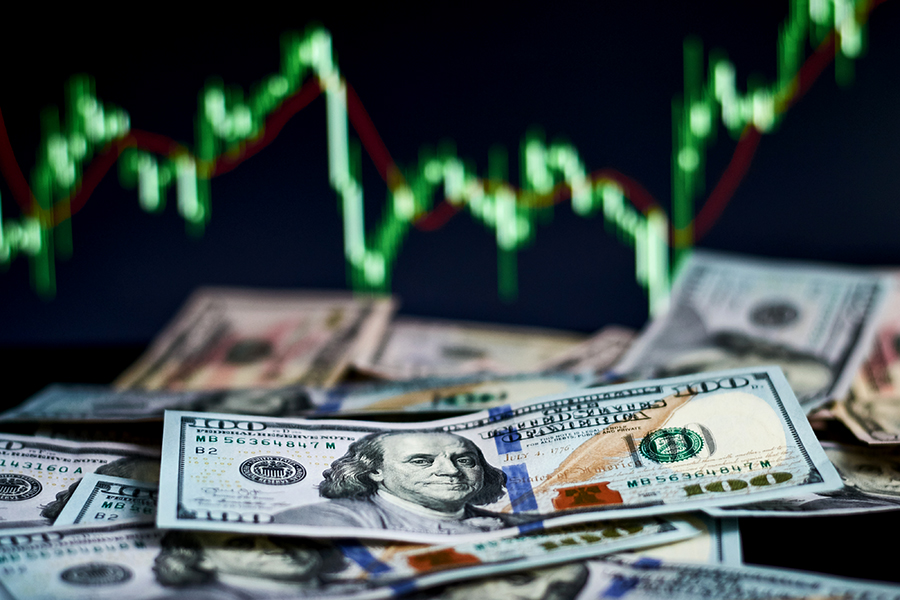 When foreign exchange rates rise or fall, investors should pay close attention. After all, those changes have a large impact on the returns to foreign investments.

While $100 may buy you, say, a 10,000-yen stake in a Japanese company, the value of your investment in U.S. dollars will fluctuate according to the exchange rate between the yen and the dollar, which is constantly changing. So, if exchange-rate fluctuations could be predicted, investors could improve the timing of their foreign investments and earn higher returns.

Now, Rebelo and his colleagues Martin Eichenbaum of Northwestern University and Benjamin K. Johannsen of the Federal Reserve have come up with something better. They found that the nominal exchange rate between two currencies—for example, the number of Japanese yen equivalent to one U.S. dollar—varies predictably according to a standard economic indicator called the “real exchange rate.” This indicator compares the price of goods in two different countries. For example, if one dollar equals 100 yen, and an orange costs $1 in the U.S. and 100 yen in Japan, the “real exchange rate” between the two countries is 1, because the price of an orange in dollars is the same in the two countries.

While this medium- to long-term predictability won’t change the way short-term-currency speculators do business, it can have big effects on the timing of foreign direct investments. “When you invest in another country, you’re going to be there for 20 or 30 years, if not longer,” Rebelo says. “Our method beats the random walk by a wide margin at medium and long horizons—and these are the horizons that are important for businesses.”

Today, with a few more decades of data to draw from, the authors hoped to get a deeper understanding of the predictive power of the real exchange rate.

Monetary Policy and Exchange-Rate PredictabilityThanks to their wealth of historical data, Rebelo and his collaborators discovered two reasons for the lack of robustness in predictive ability.

First, they found, the real exchange rate only predicts the nominal rate in currencies of countries with floating exchange rates, meaning the price of the country’s currency in dollars (for example, one dollar to 100 yen) is allowed to fluctuate (or “float”) according to supply and demand. Under this type of regime, when Americans demand more yen, for example, the yen will cost more in dollars and the Japanese government won’t intervene to prevent this appreciation from occurring.

Second, the central banks of the two countries must follow an inflation-targeting policy. That is, the country must be willing to adjust interest rates to keep the inflation rate around a target value, like two percent per year.

But after 1999, a pattern emerged: high or low values of the real exchange rate for Brazil were followed by corrections in the value of Brazil’s currency. In 2011, the real exchange rate between Brazil and the U.S. was the highest in 30 years, but by 2016 it had corrected back downwards to average levels. And sure enough, the nominal exchange rate depreciated by roughly 60 percent between 2011 and 2016. Why Investors Should Pay Attention to Real Exchange RatesRebelo says his findings are of interest to any company making foreign investments, because “the number-one driver of success or failure of these investments is timing, as far as the exchange rate is concerned.”

“Investments in foreign currency—whether in land, equipment, or shares—made at high real exchange rates are likely to see their dollar value decline over time because of the depreciation of the foreign currency,” he explains. By the same logic, making a foreign investment when the real exchange rate is unusually low “puts the wind at your back, because the dollar value of the assets will tend to improve over time.”

Rebelo believes that examining real exchange rates should become standard in evaluating foreign investments. “Companies spend a lot of time looking at many aspects of foreign deals—but often they don’t look at the real exchange rate,” he says. This omission is unwise, he warns, since “the real exchange rate is an important predictor of how much value the deal will create.”