A sneak peek into a tale of drama and jugaad, of what businesses have done to survive Covid-19 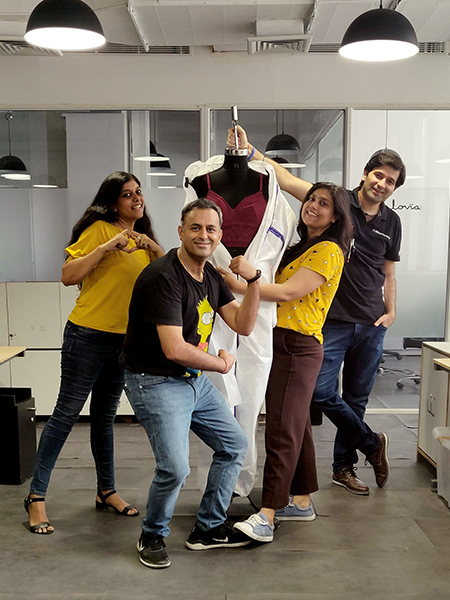 Team Clovia: (From left) Soumya Kant, founding member; Pankaj Vermani, founder and CEO; Neha Kant, founder and CRO; Abhay Batra, CFO.  Gurugram; March 24: Day 1 of Lockdown Pankaj Vermani was astounded. It was as if something huge had knocked down the IIT-Delhi alumnus, emotionally as well as physically. “I froze,” Vermani recalls. The founder and chief operating officer of online lingerie brand Clovia could not speak properly for the next three days. “It was too much to process and absorb. I was overwhelmed,” he recounts.

The lockdown had shut down India. The lockdown had shuttered Clovia. The company had posted net sales of Rs 86.6 crore in the March-ended fiscal 2018, and Vermani had just closed a bumper year—a 45-50% jump in March 2019 numbers. The growth running up to early this year was also encouraging. On March 24, lockdown day, business came to a screeching halt. Cash flows dried up; things turned chaotic; and all of a sudden, the future looked uncertain. “News of doom and gloom was adding to the crisis,” he recalls. Vermani, 42, was not new to crises. As a serial entrepreneur, he had survived Lehman crisis, and had built two businesses before starting Clovia in 2012. But Covid-19 was not a regular catastrophe. It has tested Vermani, like other entrepreneurs, mentally. There was a constant tug of war between his mind and heart. “While you have to make hard calls for survival, you are also fighting an extremely difficult battle within yourself,” he says. What was at stake was not only the plan to survive but also the livelihood of over 3,000 workers, who had been working in factories making stuff for Clovia. The possibility of workers migrating back to their villages if their work stopped was real, and scary. The choice for Vermani was not an easy one. And he was running out of time.   Find out what Vermani did to tackle the crisis in our digital issue, which goes live on Tuesday, June 16 ​