When do we identify with the bad guy? 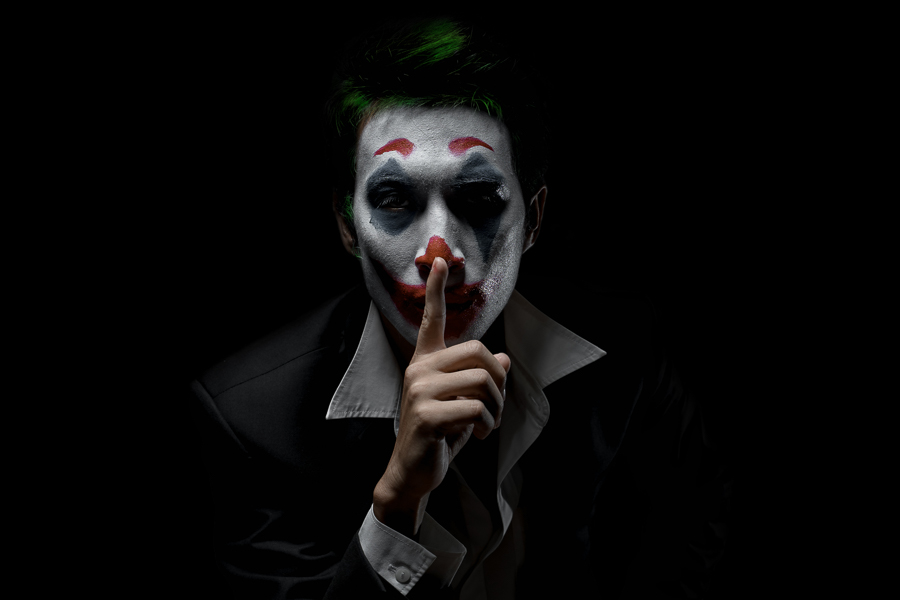 It is human nature to want to see ourselves as the heroes of our own story. So, in ways large and small, we work hard to maintain a positive self-image. Indeed, research has shown that one way we do this is by actively avoiding comparisons with people who are similar to us but who also possess negative characteristics.

Yet, new research from the Kellogg School of Management suggests one context in which we are surprisingly willing to explore our darker selves: the world of fictional villains.

This research, conducted by Derek Rucker, a professor of marketing, and graduate student Rebecca Krause, suggests that, unlike with real villains, when fictional villains are more similar to us, we actually feel more attracted to them.

The research began with questions about what consumers prefer when it comes to characters in books and movies. “Characters are important parts of the entertainment industry,” Rucker says. “We gain value from being able to connect with the characters, and marketing efforts often feature heroes and villains.”

Based on prior research in psychology, companies might decide to avoid drawing attention to the similarities between, say, moviegoers and villains for fear that those comparisons would produce avoidance and disengagement among the public, Rucker explains. “Yet, our research suggests this might not be true.”

The researchers were initially surprised by their results, Krause says, but also intrigued. “We began exploring the crucial follow-up question: Why?”

The researchers suggest that, within the safe confines of fantasy, we’re able to explore our dark side without fear of negative consequences. Books, movies, and TV “provide enough of a safe haven that you’re no longer worried about the potential downsides of the comparison,” Krause says. At that point, a familiar pattern kicks in: “Similarity provokes interest.”

Real-World Data on Villains
To understand whether people relate to villainous characters, the researchers began with data from CharacTour, an entertainment discovery platform founded by Kellogg alumna Kimberly Foerster (’98). Foerster, the company’s CEO, notes, “CharacTour was born out of an unmet consumer need: to connect users in a very personal way to the characters they would most enjoy in movies, TV shows, books, and video games.”

CharacTour’s unique platform features profiles for more than 5,500 fictional characters, and allows users to become a fan of the various heroes, villains, and sidekicks—similar to “liking” a page on Facebook.

Each registered user takes an interactive quiz in which they self-describe their individual personality traits. They then receive a custom feed with personality-based entertainment recommendations, as well as their matches to characters who are most similar to them. For example, they may discover they are a 94.6% match to Sherlock Holmes.

In order to match users to characters, the CharacTour team assesses characters’ personality traits on a numerical continuum and uses natural-language-processing techniques to analyze character-specific dialogue in scripts. Having these data on the characters allowed Rucker and Krause to run detailed analyses of how CharacTour’s roughly 232,000 registered users related to the heroes and villains in their database. Specifically, they were able to quantify how many fans each character had and how many of those fans reported possessing personal traits shared by that character. These data allowed the researchers to determine how users’ similarity to various heroes and villains affected their attraction to them.

Based on prior research, one might have expected that people would feel attracted to heroes like them but distance themselves from similar villains. That is, as a character’s score on a trait, such as “optimistic” or “cynical,” increased, the percent of their fans who have that same trait should increase for heroes but decrease for villains.

“We thought people would stray from similar villains, and instead we found they were brought to them,” Rucker says.

For Foerster, this indicates that “the ideal of perfection is not something that resonates with everyone. Certain consumers may find messaging that addresses their imperfections and darker sides more compelling. For example, heroes are often the front-and-center of movie and TV show posters. But additional marketing efforts around a story’s villain could potentially attract even more viewers to a new title.”

The Safe Haven of Stories
It is clear from the CharacTour data that, in the real world, people do not always behave the same way as they do in specific laboratory environments. The next step for Rucker and Krause was to figure out why that might be.

They suspected it had to do with the protections provided by the fictional world. Similarity to a fictional villain is likely to feel less harmful to our self-image than similarity to a real one: it’s much less distressing to be compared to the Riddler than to Hitler.

To test this idea, the researchers recruited 100 university students to complete an online study. Participants saw brief descriptions of fourteen quizzes. The list included four that the researchers were actually interested in. These were about which individual—fictional villain, real-life villain, fictional hero, or real-life hero—participants most resembled.

Tweets by @forbes_india
45 years since the Emergency. What led to it?
Photo of the Day: Kolkata gets back to business