One of the most common statistics used by Wall St. analysts to predict future sales for publicly-held retailers is by examining past sales performance. While that type of information is, in fact, helpful for predicting future performance, previous sales histories typically fail to incorporate how sales were achieved.

These types of shortcomings prompted Saravanan Kesavan, assistant professor of operations, technology and innovation management at UNC Kenan-Flagler Business School, to explore whether operational components such as inventory and gross margin data can be applied to more accurately forecast future business performance. 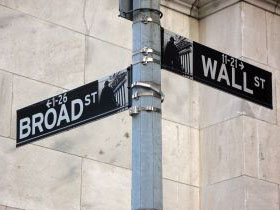 Kesavan co-authored a research paper on the topic with Vishal Gaur, associate professor of operations management at the Johnson Graduate School of Management at Cornell University along with Ananth Raman, UPS Foundation Professor of Business Logistics at Harvard Business School. The paper was published in the Sept. 2010 issue of Management Science. Kesavan says he was inspired to conduct the research based in part on his prior work experience at i2 Technologies, a supply chain management software provider, where he worked from 1998 to 2002.

"What I found was that as I implemented the solution, planners could easily see that the tool was adding a lot of value to their firm," says Kesavan. "But when it came to quantifying the improvement from this tool, it became a mix of art and science. If firms that spent millions of dollars on supply chain management software had trouble quantifying the financial impact of operational improvements derived from implementing this software, I wondered if Wall St. would ever be able to value the impact of operations on retailers."

Kesavan says he was also inspired by hedge fund manager David Berman, who also discovered that Wall St. equity analysts fail to examine the impact of inventory management on the operational performance of publicly-held retailers.

"What I found was that inventory did predict future performance and Wall St. seemed to ignore a lot of the information contained in inventory," says Kesavan. "Given that so many of these equity analysts are paid so much money to valuate these companies, one wonders why they wouldn’t incorporate this data" into the predictive models.

Leading Operational Indicators
There are a few reasons why operational performance can serve as leading indicators of future business performance for publicly-held retailers, says Kesavan. Consider two metaphorical retailers in the same category; say teenage girl fashions, both of which grew their revenues by 10 percent this year. Let’s say they’re almost identical in terms of number of stores and other characteristics. Based on this information alone, one might expect that the two retailers should generate similar growth next year.

However, Retailer A was able to achieve its revenue growth this year without offering customers sizeable discounts. By comparison, Retailer B achieved the same growth by offering its customers steep discounts.

Looking ahead, Retailer A is more likely to achieve 10 percent revenue growth in the coming year, thanks to its focus on retaining profit margins. By contrast, Retailer B "would have to offer even deeper discounts to achieve the same growth, thus making them less likely to accomplish this," says Kesavan.

The Role of Inventory Management
Inventory management also plays a critical role in determining future business performance among retailers, Kesavan has discovered. Let’s say Retailer A and Retailer B both achieved 10 percent sales growth in 2010 but Retailer A was quite disciplined about maintaining inventory and Retailer B wasn’t. In the coming year, Retailer B might have to mark down older inventory in order to move it, subsequently resulting in lower sales and profit margins in 2011.

This type of operational information demonstrates that analyzing past sales alone "can be misleading," says Kesavan. "It’s critical not only to look at past sales, but how retailers achieved those sales."

By the numbers
In his research with Gaur and Raman, Kesavan was able to more accurately predict retail business performance than were Wall St. equity analysts. By obtaining operational data such as store growth, selling, general and administrative expenses, capital investments per store, accounts-payable-to-inventory ratio from sources such as Standard & Poor’s Compustat database, corporate 10-K filings and the University of Michigan’s Survey Research Center, Kesavan and his colleagues were able to produce sales forecasts that were more accurate than consensus Wall St. predictions between 2004 and 2007. Kesavan’s team predicted retail business performance with a lower mean absolute percentage error (MAPE) rate of 4.13 percent for its test sample of 230 firm-year data points from 2004 to 2007. Meanwhile, consensus estimates among Wall St. equity analysts for the same period carried a MAPE rate of 4.49 percent.

Further, when Kesavan and his colleagues compared their predictions for retailers in four categories (over-inventoried, under-inventoried, over-priced and under-priced), the differences in accuracy were even greater. The MAPE of Kesavan’s model was 4.67 percent while the MAPE of the consensus forecasts was 5.67 percent, thus representing a 16 percent improvement in forecast accuracy.

Although Wall St. analysts typically don’t include operational data in their forecast models, many retailers themselves do, says Kesavan.

"I was talking to the CFO of a large North Carolina-based home furnishings retailer who told me how they incorporated these (operational) relationships into their forecast simulations," says Kesavan. "So if they changed their inventory by 10 percent and (profit) margin by 5 percent, they’re able to determine how those changes might impact future performance."

Meanwhile, Kesavan says another CFO from a large department store recently shared with him "that there are maybe a handful of analysts who understand how to fully value stocks and how most don’t know how to fully value operations."

Although Kesavan’s research is predominantly applicable to how Wall St. analysts predict retailers’ business performance, there are lessons that retailers themselves can draw from the use of operational data as well. "One of the things they (retailers) need to be aware of is that Wall St. has trouble understanding retail operations to value their firms properly," says Kesavan. He suggests that retail executives should go out of their way to present operational information to analysts in order to help them to better understand the full scope of their operations.