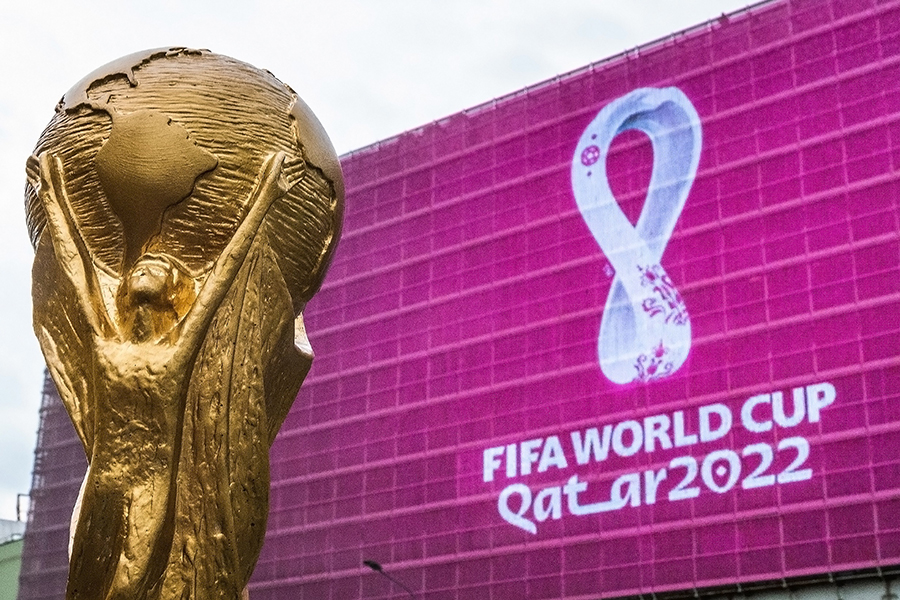 Authorities have not yet announced how many fans will be allowed into stadiums for the first World Cup in an Arab country, which runs from November 21 until December 18.
Image: Fifg / Shutterstock

Qatar World Cup ticket sales were launched at reduced prices on Wednesday with residents and migrant workers able to attend games for just $11 as concerns persist over Covid-19.

Authorities have not yet announced how many fans will be allowed into stadiums for the first World Cup in an Arab country, which runs from November 21 until December 18.

Football's world governing body FIFA opened a draw which offers individual match tickets for as little as $69 for international fans—about one third less than at Russia 2018—but a ticket for the final could cost up to $1,607.

Qatari residents, including migrant labourers whose treatment has been a source of controversy for the organisers, will be able to get tickets for as little as $11.

However, fan organisation Football Supporters Europe (FSE) said that tickets would cost more for travelling spectators than in Russia.

"As FIFA announces the most expensive World Cup ever, it also appears that it has drastically reduced the number of affordable tickets," FSE said on Twitter.

Fans who apply now for the different packages—for individual games or following a team, or for special stadium tickets—will go into a draw after the first deadline on February 8. FIFA said fans who are successful in a random draw will be told by March 8.

Qatar has spent billions of dollars preparing for the first winter World Cup and FIFA is staking a lot of its prestige in making sure it goes smoothly.

Seven stadiums have been purpose-built and one refurbished, but as there will not be enough hotels some fans may have to stay on cruise ships for the event.

"This is a FIFA World Cup for Qatar, the region and the world, and the products launched today reflect FIFA's goal of bringing the beautiful game to as many fans globally as possible," said FIFA Secretary General Fatma Samoura.

"Qatar cannot wait to bring fans together to celebrate their shared passion for football, experience a new culture and enjoy everything that our country and region have to offer."

FIFA president Gianni Infantino, who is now based mainly in Qatar, said one year ago he was confident the coronavirus pandemic would be over by the time the World Cup starts, and that the matches would be played in full stadiums.

Organisers have predicted up to 1.2 million visitors could pour in for the 32-team tournament.

With the Omicron variant ravaging many countries, Qatar currently imposes tight restrictions on visitors including quarantine for new arrivals.

FIFA and the Qatar government "are committed to putting health first" and would lay on "required safeguards" for the finals, the world body said.

Fans will need a special pass, a Hay'ya Card, to get access to stadiums and this could include Covid test information.

All players, officials and fans "must follow the travel advice from the Qatari authorities", FIFA said.

Tweets by @forbesindia
Rajasthan, Odisha, Maharashtra among the top five states with most human trafficking victims
Veganuary is more popular than ever this year