Based on the research by Cassidy Sugimoto and Vincent Larivière, gender parity in the authorship of scientific papers will be reached in 2069 for biology, 2087 for chemistry, 2144 for the fields of engineering and mathematics, and 2158 in the case of physics 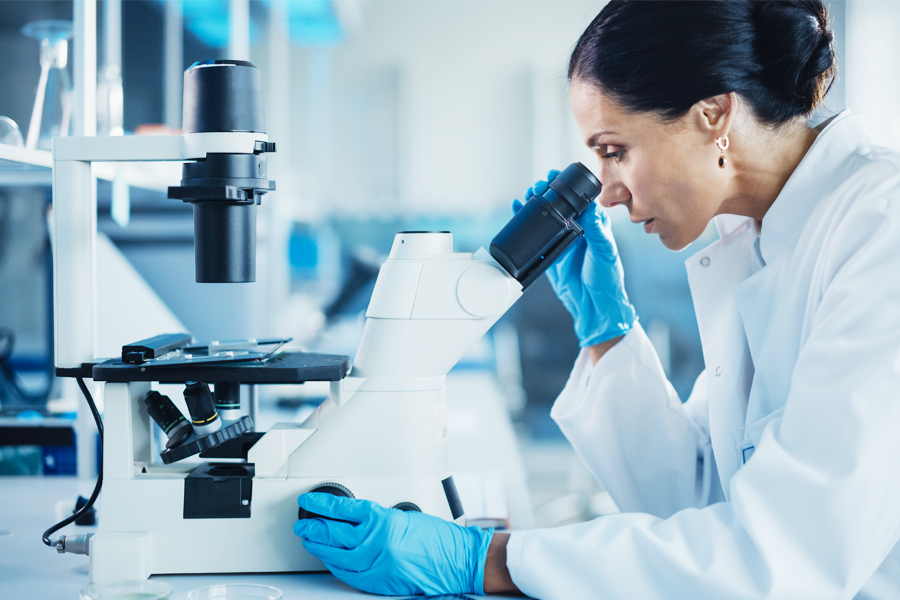 Gender parity will be achieved in the authorship of scientific papers on biology by 2069, according to a new study. Image: Shutterstock

For a long time, many women scientists have seen their contribution to research minimized or even denied. While this phenomenon is tending to be reversed, women researchers are still under-represented, compared to men, in specialist publications.

Cassidy Sugimoto and Vincent Larivière, scientists who teach at the Georgia Institute of Technology in Atlanta (USA) and at the University of Montreal (Canada), respectively, looked at the ratio of women to men in scientific research. They analyzed nearly 5.5 million papers published between 2008 and 2020, using a machine learning algorithm to estimate the probability that the names of their authors would belong to a man or a woman.

The researchers found that the percentage of women credited in scientific publications increased each year, as they explained to New Scientist magazine. For example, 43% of authors who contributed to psychology papers were women in 2008, compared to 50% in 2021.

Based on these results, Cassidy Sugimoto and Vincent Larivière estimate that gender parity will be reached in the authorship of scientific papers on biology in 2069. It will take until 2087 for women researchers to publish as much work on chemistry as their male colleagues. But this is nothing compared to research in the fields of engineering, mathematics or physics, where inequalities are forecast to persist until 2144, or even 2158 in the case of physics.

The results of the pair's empirical study will be published on March 21 in the book "Equity for Women in Science: Dismantling Systemic Barriers to Advancement" (Harvard University Press). This book examines the existence of significant discrimination against women in global research. "It’s not specific to one field," Vincent Larivière told New Scientist. "It’s really there in every discipline."

The pair previously highlighted this phenomenon in a large-scale evaluation, the findings of which were published in the Nature journal in 2013. In it, the scientists report that women researchers who manage to publish articles as a main contributor (sole author, first author, or last author) tend to subsequently be cited less than their male counterparts in similar positions. And this is not inconsequential given the role that such citations play in building the reputation of scientists and, by extension, in their career advancement.
Also read: Return to Office: Will women continue to pay a price for flexibility?
There are many reasons for these imbalances in global research, including the power and persistence of stereotypes, the unconsciously sexist behavior of some scientists leading research units or laboratories, and the low presence of women in scientific studies and professions. For Cassidy Sugimoto, it's important for the scientific community to overcome these inequalities. "The diversity in the scientific workforce changes the content of research and it makes research more representative of the population," she told New Scientist. "This expands the breadth of possible questions."

Tweets by @forbesindia
Nothing to 'Spare': Harry's tell-all book sells 1.4 million copies on first day
Photo of the day: Lohri 2023