A new international study reveals that sustainable garments now account for a third of the fashion budget of shoppers in France, and nearly half of that of consumers in Italy. One remaining problem is no longer the price, but the lack of information surrounding these options 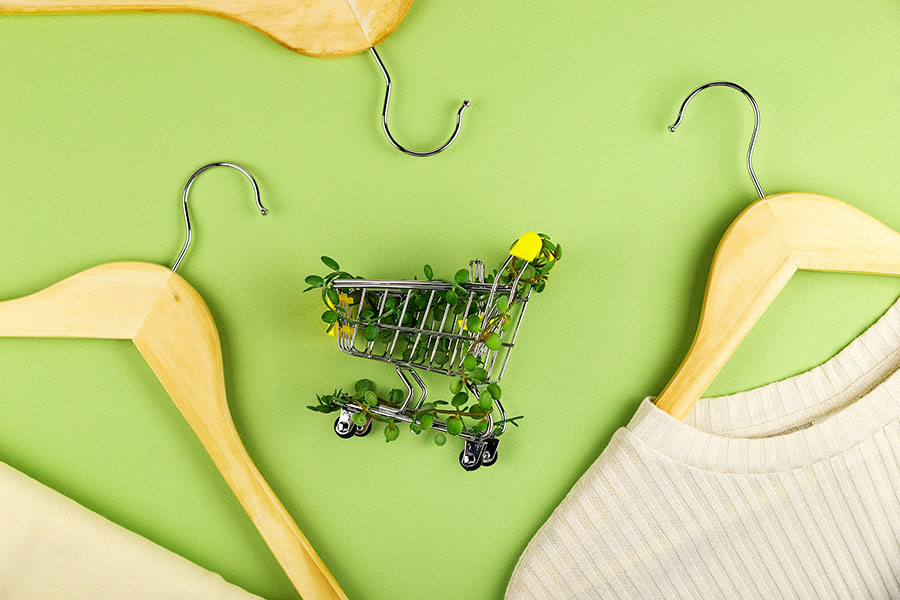 Sustainable fashion is making its way into the wardrobes of shoppers in Europe and the US, despite a lack of information on the subject. Image: Getty Images

More than just a fleeting moment in fashion, environmentally responsible clothing has gradually become part of the regular shopping habits of consumers in Europe and the US. A new international study reveals that these garments now account for a third of the fashion budget of shoppers in France, and nearly half of that of consumers in Italy. One remaining problem is no longer the price, but the lack of information surrounding these options, which now seems to be the ultimate barrier to a (truly) more conscious consumption.

Sustainable fashion is no longer a fantasy. Committed and aware of the issues related to the climate emergency, consumers are slowly—but surely—turning to a greener wardrobe. And while some remained dubious about a genuine switch in consumer mindsets, it seems that shoppers in Europe and the US have indeed made a place in their wardrobes for sustainable fashion. So suggests a new study conducted by the Institut Français de la Mode (IFM) and Première Vision* interviewing no less than 7,000 people in France, the United Kingdom, Italy, Germany and the United States.

One third of the clothing budget

In the space of three years, sustainable fashion has managed to infiltrate the purchasing habits of consumers in both Europe and the United States. While just over four in ten people surveyed in Europe said they had purchased at least one eco-responsible fashion item in 2019, nearly two-thirds have now taken the plunge, compared to 58% of Americans. But it is in Italy that the appeal of sustainable fashion is most apparent. There, the share of people having bought at least one eco-responsible fashion item has risen from 45% in 2019 to over 78% in 2022.

Eyes are on fabrics and local production

But what exactly is sustainable and/or eco-responsible fashion in the eyes of consumers? For respondents in the UK (30%), Germany (31%) and Italy (39%), the material used is considered as the main factor for a more responsible approach to fashion, and is therefore the main driving force behind such purchases. But those in France (33%) and the US (43%) place more importance on local production, which they see as a guarantee of reduced environmental impact and greater transparency, thanks— among other things—to national regulations perceived to be more stringent.

It remains to be seen which brands meet the environmental concerns of respondents in every respect. And this is precisely where the problem lies. Without naming individual brands, the study reveals that the most popular "textile multinationals"—including sports brands and fast fashion brands—are among the top five eco-friendly brands cited by respondents in the five countries surveyed. A ranking that no doubt testifies to the success of the communications campaigns carried out by these giants of the sector, as well as to an information deficit that respondents are only too aware of.

Also read: Making a greener wardrobe? You may want to start with jeans

Previous research unanimously cited price as the main barrier to the purchase of environmentally responsible fashion items. But this no longer seems to be the case. The study shows that a lack of information is now the major stumbling block for 40% of respondents in France who are yet to take the plunge, and 49% of those in the US. Nearly a third of respondents even say they do not know where to find this type of product. This is a barrier that needs to be overcome to help the 90% of respondents who want to change the way they buy clothes, in order to help them build a more sustainable wardrobe.

Consequences of this lack of information can be seen in the many preconceived ideas surrounding leather. The environmental impact and animal suffering involved in the manufacture of the material are particularly spotlighted, especially in Europe. However, the study shows that the majority of respondents do not know that leather comes mainly from animals destined for meat consumption, and that it is therefore a material directly derived from food industry waste. Nevertheless, it still has a prime place in consumers' wardrobes: more than 50% of Italian women and 58% of American men surveyed purchased at least one leather item in the last 12 months.

* This study was conducted by the IFM in partnership with Première Vision, among a sample of 7,000 people in five countries: France, the United Kingdom, Italy, Germany and the United States.