Why the Internet is falling in love with classical music

So what's driving this renewed interest in the compositions of Mozart, Beethoven and Schubert? Their timelessness, it seems 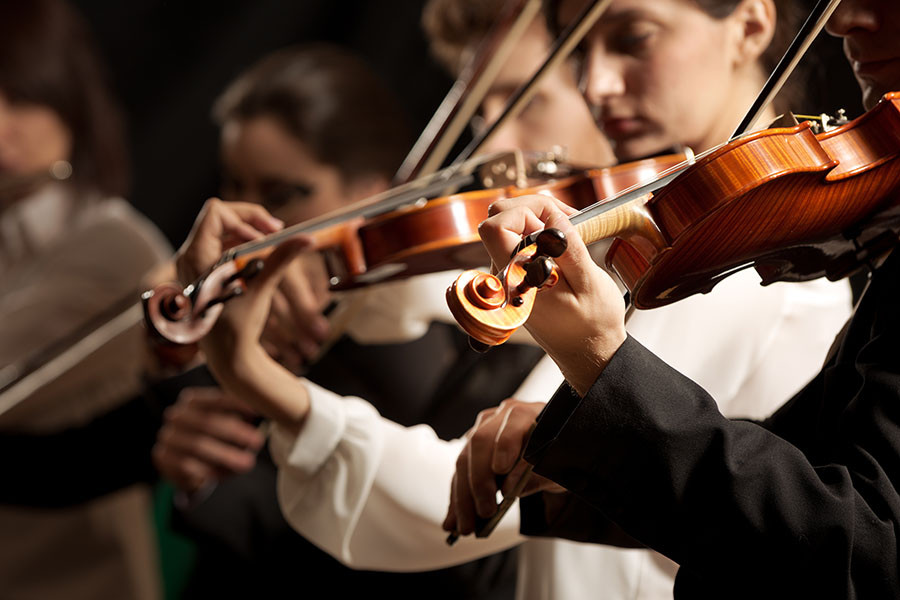 Elitist, outdated, old-fashioned. Prejudices about classical music can be deep-rooted. However, it's a musical genre that keeps on finding ways of renewing itself in the hope of rallying a younger audience. And that, it seems to have found on social media, in particular on YouTube.

So suggests the first annual report from Epidemic Sound, a Swedish company that offers easy access to over 35,000 royalty-free compositions. It shows that the use of classical music on YouTube has increased by 90% in the last 12 months. This would make classical music the genre that has seen the strongest growth among content creators in 2022.

So what's driving this renewed interest in the compositions of Mozart, Beethoven and Schubert? Their timelessness, it seems. Indeed, the expression "classical music" itself evokes the idea of the genre not being tied to a contemporary age. The works belonging to this musical repertoire seem to cross the ages, contrary to certain songs that remain forever associated with a very precise moment in time.

These pieces also have the advantage of conveying a wide range of emotions, and can therefore be used as a soundtrack for a wide range of content. The classical repertoire is used in humorous and educational videos, as well as in news and fashion reports, according to the "Sound of the Internet" report. YouTube artist Cecilia Blomdahl uses classical pieces to introduce her 491,000 followers to her life in the Svalbard archipelago, located halfway between the North Pole and the Norwegian mainland. "Classical music [...] can be both melancholic and joyful depending on the footage, so the genre fits really well with the feeling I want to evoke in my videos," she said.

Musicians such as Christoffer Moe Ditlevsen and Hampus Naeselius are benefiting particularly from this musical trend. The Swedish pair are the classical music composers whose pieces have been used in the most YouTube videos this year, according to Epidemic Sound. Trevor Kowalski, Megan Wofford and Franz Gordon also make the list.

For Oscar Höglund, CEO of Epidemic Sound, this could serve as inspiration to others. "I expect there will be an even larger movement towards storytellers using classical music in their content, which also creates an opportunity for classical music artists to continue to modernize the genre and appeal to new audiences," he explains.
Also read: Far from Kabul, building a new life, with music and hope
This renewed interest in the classical repertoire is not limited to YouTube. It is just as prominent on TikTok, Gen Z's favorite social network. The #classicalmusic hashtag has over 2.3 billion views on the platform. And classical works feature in videos as diverse as a rehearsal video from the trumpeter Ibrahim Maalouf, and a video of someone cutting pumpkin seeds into tiny strips. Here too, classical music proves its versatility. If these new uses can annoy purists, they have the merit of encouraging TikTok's young users to discover—and appreciate—a musical genre that's all too often viewed as stuffy and outdated. Indeed, research suggests that under 35s massively turned to the classical repertoire during the Covid pandemic. In fact, their consumption increased by 17% between April 2019 and April 2020, according to a study produced jointly by the Royal Philharmonic Orchestra, Deezer and the British Phonographic Industry.

And it's a phenomenon that TikTok is fully aware of. The short-form video platform partnered with Warner Classics to release, in August, a compilation of the most listened-to tracks on the application. Here, all the songs had been reworked by the German Babelsberg Film Orchestra, including orchestral versions of "Say So" by Doja Cat, "No Roots" by Alice Merton or "Wipe It Down" by BMW Kenny. An initiative that's sure to help bring classical music to new audiences.