In the music business, live shows are proving more lucrative than ever

Live music has not only managed to recover from the pandemic but also to become highly profitable. The major global tours of 2022 grossed some $6.28 billion 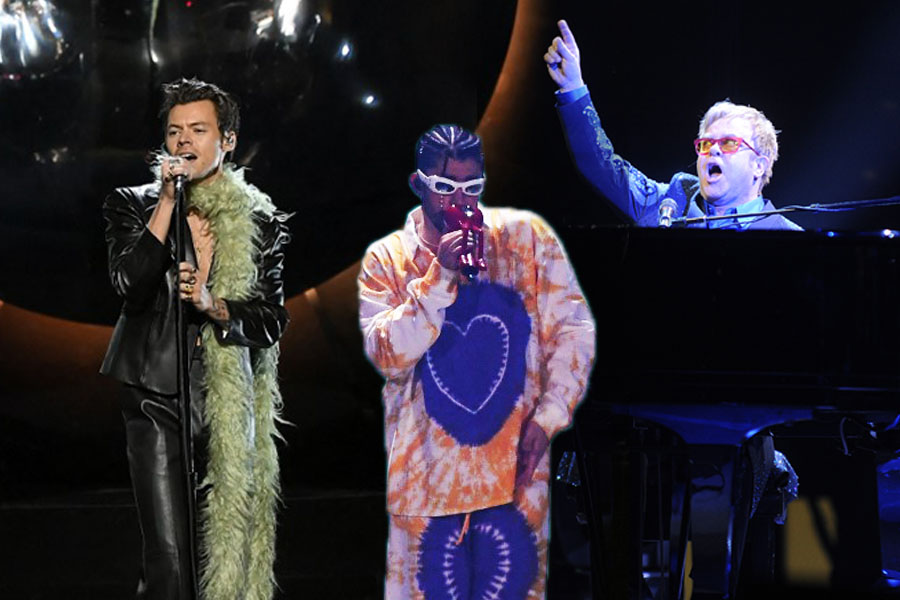 Many professionals in the business of staging live music shows wondered if the industry would ever recover from the shock of Covid-19. But the sector has not only managed to recover, but also to become highly profitable. The major global tours of 2022 grossed some $6.28 billion, according to the trade site Pollstar. A record sum.

This unprecedented figure represents a 13.2% increase compared to 2019's grosses of $5.5 billion. And, post-Covid, experts thought it would take years for the sector to once again generate this kind of revenue. But 2022 seems to have defied their predictions, largely thanks to the major tours staged by artists like Bad Bunny and Elton John.

Bad Bunny alone grossed $393.3 million with his global live show tours. A handsome sum that he owes to the two tours he staged this year. The first, called "El Último Tour Del Mundo," took place between February and April to promote the albums he released in 2020, "HLQMDLG" and "El Último Tour Del Mundo." The 35 shows of this major world tour attracted 574,000 fans and grossed $113 million, according to Pollstar.

The Puerto Rican ambassador of Latin trap music then embarked on a tour of the Americas in May, this time in support of his latest musical project, "Un Verano Sin Ti." The "World's Hottest Tour" ended on December 10 in Mexico City, after passing through Lima, Bogotá and Guatemala. Pollstar estimates that it could have grossed $269 million, although the specialist website drew up its year-end rankings before the tour was finished.

Meanwhile, Elton John grossed $274 million in 2022 thanks to his gigantic farewell tour, titled "Farewell Yellow Brick Road." The British singer and pianist has been performing around the world for four years now. These concerts have already generated more than $600 million in revenue, and could make Elton John's tour the most lucrative of all time. The current titleholder is none other than Ed Sheeran with his "The Divide Tour."

Ed Sheeran and Harry Styles occupy the third and fourth places respectively in Pollstar's ranking of artists' highest grossing tours of 2022. The "Shape of You" performer grossed $251 million with the European leg of his "+-=÷x" (or "Mathematics") tour. However, he is the only artist to have exceeded the symbolic threshold of three million concert tickets sold. This he owes to comparatively modest pricing, with seats selling for an average of $82.45, compared to $188.15 for Bad Bunny and $160.71 for Elton John.

Harry Styles sold more than 638,000 tickets for his "Love on Tour" shows. In addition, 276,852 tickets were sold for his mini-residency at Madison Square Garden in New York. The "Watermelon Sugar" singer gave 10 consecutive performances there between the end of August and the end of September, grossing some $63 million—the highest amount of the year for a single concert venue, according to Pollstar.

If 2022 was a memorable year for the live music industry, it's safe to assume that 2023 will be just as successful. Many of the biggest names in music will be taking to the road to perform around the world in 2023, including Billie Eilish, Bruce Springsteen and Blackpink.

But the most anticipated—and controversial—world tour is undoubtedly Taylor Swift's. Fans of the pop superstar have decided to file a lawsuit against ticketing operator Ticketmaster (Live Nation) in a California court, after trying unsuccessfully to buy tickets during the online presale on November 15. More than two million tickets were sold that day, prompting Ticketmaster to cancel the general sale scheduled for the following day. "Millions of fans waited up to eight hours and were unable to purchase tickets," reads the complaint, seen by Rolling Stone magazine.

Faced with the scale of the controversy, Ticketmaster explained that its site had been the target of a staggering number of attacks by bots and scalpers. But this explanation is not proving sufficiently convincing, and has led some American judges and politicians to enter the debate, encouraging penalized fans to sue the ticketing operator.

Tweets by @forbesindia
Lionel Messi: One of football's top earners at $110 million
Sequins, velvet and feathers take centre stage for the party season