Museums are teaming up with musical artists to attract younger visitors

From J Balvin to RM of BTS, museums bring in big names from the music scene as ambassadors 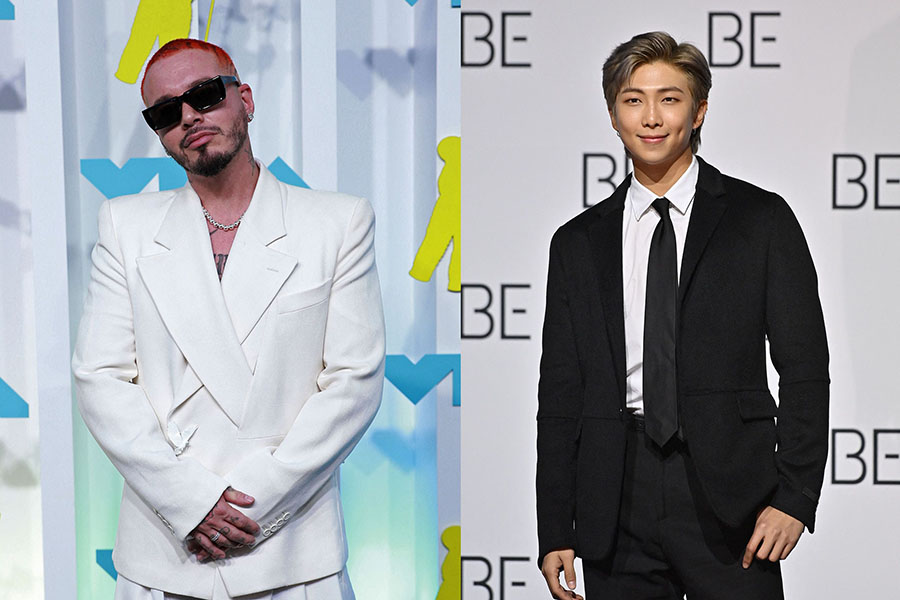 Innovating has become a key strategy for museum administrators who want to attract new audiences, as the average age of visitors continues to rise. To appeal to young fans of culture, they're bringing in big names from the music scene as ambassadors.
One of these ambassadors is J Balvin. The Colombian reggaeton star recently became the first cultural ambassador of the Hirshhorn Museum, a museum of contemporary and modern art in Washington. He will work with the American cultural institution to revitalize its presence on social networks.

Specifically the successful singer will be responsible for creating short videos in English and Spanish for Hirshhorn Eye, the museum's smartphone guide. He will also participate in ArtLab, the museum's creative space dedicated to 13-19 year olds. All with one goal in mind: to boost the Hirshhorn's public art education programs, and drive interest among young people.
According to Dan Sallick, Hirshhorn board chair, J Balvin is the perfect ambassador for the Hirshhorn Museum. "His creativity, love of contemporary art and massive multi-cultural appeal will help us reach new and diverse audiences around the world,” he emphasized in a press release.
The Hirshhorn Museum has already been working with the performer of "Mi Gente" for two years now to encourage young people to visit its galleries, alone or with friends. J Balvin was one of the celebrities who contributed to the virtual version of "Wish Tree," a poetic creation by Yoko Ono in 2021. Most recently, he presented the Hirshhorn Artist Award to New York-based artist Kaws. "It's an honor to be associated with a museum that is centered in contemporary art, has a strong national and global reach, and believes art is for everyone," said J. Balvin, following the announcement of his appointment as cultural ambassador.

Other international museum institutions are following the Hirshhorn Museum's lead and partnering with celebrities to connect with a younger audience. The Los Angeles County Museum of Art (LACMA), for instance, asked RM, one of the members of boy band BTS, to participate in the audio guide of its exhibition on South Korean art "The Space Between: The Modern in Korean Art." He presents a dozen works that he selected among the 130 exhibited, in English and in Korean, his native language. RM's choice to promote the new LACMA exhibition is particularly appropriate given his widespread popularity on the internet. In September he introduced "The Space Between: The Modern in Korean Art" on Instagram, a post which garnered more than 6.4 million "likes."
For several years now, RM has been making a name for himself as a collector and patron of culture. A passion for the arts that he shares with his millions of fans on social networks, through pictures where he can be seen walking through the Chinati Foundation, the Vitra Design Museum, the Basel Art Museum or the Musée d'Orsay. The musician's attraction to culture encourages his young fans to venture into establishments that they may have never entered, assuming them to be outdated and stuffy. Once considered old-fashioned or reserved for an elite, museums are becoming 'cool.'
This phenomenon even has a name: "namjooning." It refers to these inspirations that drive some fans and social media followers of RM, whose real name is Kim Namjoon, to take part in their idol's hobbies, including art exhibitions. The term has become so popular that the University of Santo Tomas Museum of Arts and Sciences in the Philippines mentions it in the name of its new interactive exhibition, "UST Goes Namjooning: Capturing Moments on Campus." The museum institution, which is the oldest in the Asian country, hopes that this initiative will allow it to boost numbers and build a following among younger visitors.