The greater outdoors of Chile

Whether river rafting or skiing on a volcano, choose your own adventure at Chile's Vira Vira Hacienda Hotel 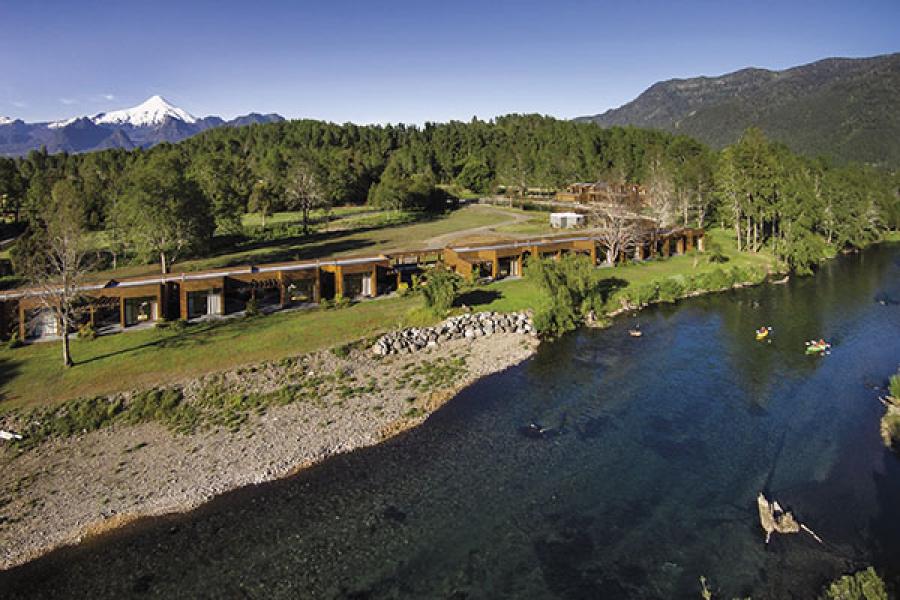 A river runs through it: Vira Vira is situated along the banks of Chile’s Liucura River, but it’s close to the Andes for some mountain excursions. You can also just relax

For his 50th birthday, Michael Paravicini gave himself an extraordinary hotel. Or, rather, gave himself permission to act on his long-time dream. And so in 2011, the Swiss-born Paravicini, who spent his first career racking up millions of frequent-flyer miles in global IT for Commerzbank and Zurich Insurance, set about shopping for a swath of land in a beautiful and remote part of the world.

The search led him back to a country from his childhood—Chile—and down to the lake district about an hour’s flight south of Santiago. On a family vacation, he’d been smitten with Pucón, a resort town popular with high-profile Chileans and Brazilians for skiing and water sports but little known in the northern hemisphere. Paravicini bought a large tract of land there and hired top architects and designers to develop a high-end boutique hotel.

On the eve of its first birthday, the Vira Vira Hacienda Hotel has already been accepted by Relais & Châteaux.

Vira Vira adheres to the model that put Chile on the luxury-adventure map: Tiny, high-design resorts with all-inclusive prices that include gourmet meals, terrific local wines and activities galore. These are places to push your limits—and then get sublimely comfortable. And, to be sure, all-inclusive doesn’t mean mass-market; Vira Vira’s rates start at $1,475 per person for a three-night stay.

That gets you a large but homey berth in one of the six guest rooms in the main lodge. There are also 12 split-level suites in a villa complex right in front of the rushing Liucura River and three guest rooms in Paravicini’s own home. All are clad in warmed-toned local lenga and alerce wood and outfitted with custom-designed furniture by noted architect Cristián Valdés and colourful, locally crafted woolens. But their best features may be the floor-to-ceiling windows with the bathtubs placed right in front (or actually outside, in the case of the villa suites).

Vira Vira’s 56 acres are subtly gorgeous, with snow-covered volcanoes dotting the horizon and lush trees in the foreground. A short hike uphill takes you into primeval forests of 1,000-year-old monkey-puzzle trees draped in feathery lichen. Because of the lakes nearby and the steep mountains, there’s an enormous range of all-season land- and water-based activities. Vira Vira’s guides are well-seasoned, and their offsite partner for horseback riding, Rodolfo Coombs, a former trainer to the Spanish Olympic equestrian team, is a charming spitfire worth visiting even if you don’t think you want to ride. 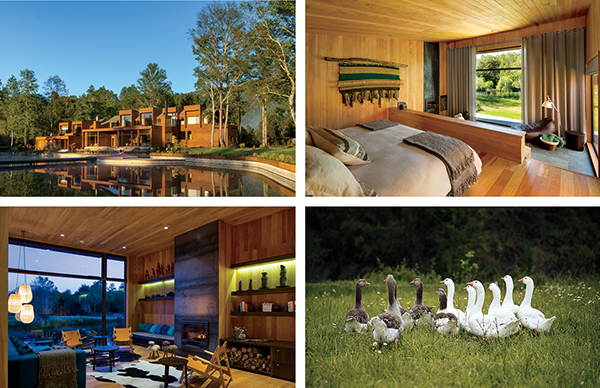 Hacienda heaven: Floor-to-ceiling windows give guests magnificent views of the property, which includes a garden and a farm

Paravicini himself is usually on hand to socialise. The grandson of a Swiss winemaker and a nephew of Donald Hess of Hess Wines, he takes a particular interest in making sure his guests have exactly the right beverage. His all-Chilean wine list, with about 100 different bottles, is fairly comprehensive, but if you’re longing for something else, he’ll track it down.

Paravicini never had any doubt that food would be a cornerstone of his dream—“and you can’t provide good food,” he says, “if it’s not healthy and sustainable.” The menus change daily according to what’s fresh and strikes the chef’s fancy. And the chef has plenty to source from, using both the gardens on the hotel grounds and the Paravicinis’s own farm nearby, which supplies everything from artichokes to wild boar. It’s a point of pride that animals here are raised and slaughtered humanely.

And the homegrown philosophy extends deep. They don’t just bake their own bread—they grow and mill their own wheat.

Perhaps because he is Swiss, Paravicini has also taken a particular interest in cheese. “It’s a huge loss-making engagement,” he confides over dinner. “But I don’t care. People like tasting three-year-aged Parmesan.” His own herd of Holsteins provides milk for cream, butter and yogurt, along with the cheese. On a tour through the cheese dairy, we arrive at a modest-size room full of ageing Parmesan. “I could sell this for $80 a kilo,” he says, though he doesn’t, and instead reserves all products of the farm for guests. “There’s about $40,000 worth of cheese in here.”

And that’s what makes Vira Vira truly special: It’s a labour of love based on a larger-than-life vision. Paravicini doesn’t do things halfway, and his guests get that: You leave Vira Vira with deep and lasting memories.

Tweets by @forbesindia
Suket Dhir: Weaving stories in style
Europe is in a mess, but Britain must stay