There's Much More in Hong Kong Than Chinese Cuisine 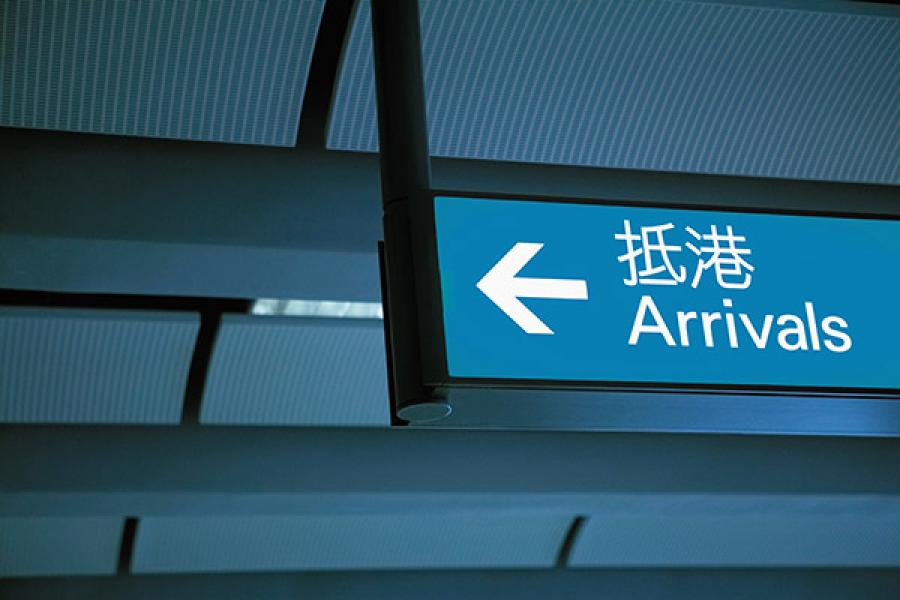 Image: Corbis
Getting through the formalities of arriving at Hong Kong airport is a breeze

Landing at the Hong Kong airport is a traveller’s dream. it is like a well-oiled machine. The trip to the immigration counter is seamless—they have the most effective signage that literally shows you the way. The lines are long—really long—but it takes no more than six minutes to get your visa on arrival. They often have staff clocking progress to make sure timelines are kept. That sort of dedication to efficiency gladdens my heart. For those who go through the e-channel, the process only takes 20 seconds. Put your passport on a scanner, your fingerprint is identified and you get a tiny receipt that is your visa. I don’t know any other country that lays out this kind of welcome mat. Your baggage is invariably waiting for you, unlike at Mumbai’s T2, and then it is a 24-minute journey to the heart of town. The Airport Express is no ordinary train—it is fast, regular and dummy proof to the extent that it even announces which side the doors will open. It’s like manna for spatially challenged people like me who are invariably confused between left and right.

Leaving HK is as easy as getting in. Just hit reverse.

But the best part of the HK travel plan is the fact that, in the Central district, it all happens at the IFC (International Financial Centre) mall. Dim sum fans can head down to Tim Ho Wan for a quick meal. Here, too, the queues are endless and, this time, the wait is long. But it is worth it—this is perhaps the cheapest one-starred Michelin restaurant in the world. 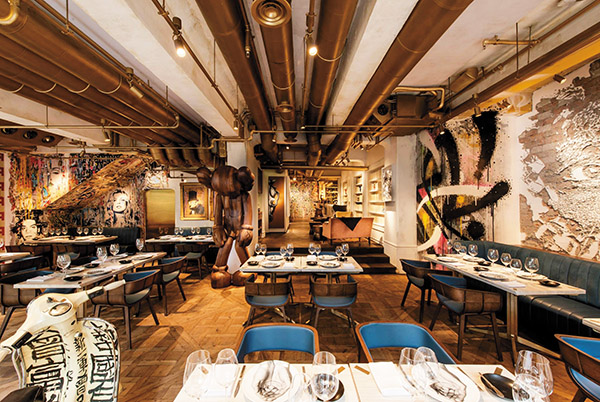 Image:  Red Dog Studio
At Bibo—food, art, design—harks back to a bohemian Paris


Since I am a vegetarian, there is absolutely nothing on the menu for me. No kidding. This is the one cuisine where herbivores have no traction. So here let me come out and be a bit of a contrarian: Don’t eat Chinese food in HK. Head to Yauatcha back home (that’s Mumbai for me) and order the Edamame Truffle dumplings. But while in the Orient, eat everything else. The good news is that in HK, it is impossible to have a bad meal. It seems that there is a restaurant / café for every 600 people. And while I am no foodie or gourmet, my discovery of the city has been through its love affair with food.

Let’s start with Michelin-starred restaurants like The Principal at Star Street. Its champagne brunch is just the prettiest. Tiny bites are served in Mason jars or individually packed in pate tins. The bread is perfect. The soufflé is in a class of its own. Getting a reservation is difficult (note: HK restaurants insist on booking in advance) but you won’t be starved for choice in Wan Chai. Once slightly grotty and down-at-heel, this area has become Restaurant Central. So if Star Street doesn’t have a place for you, head to Ship Street and check out Ham & Sherry or 22 Ships. During the walk, make sure you stop to browse at the Monocle shop or check out Timothy Oulton. On Queen’s Road East, head to the super cool Blacksmith store. And yes, walk to the end of the road to grab a beer at the Stone Nullah Tavern, located on Stone Nullah Road. 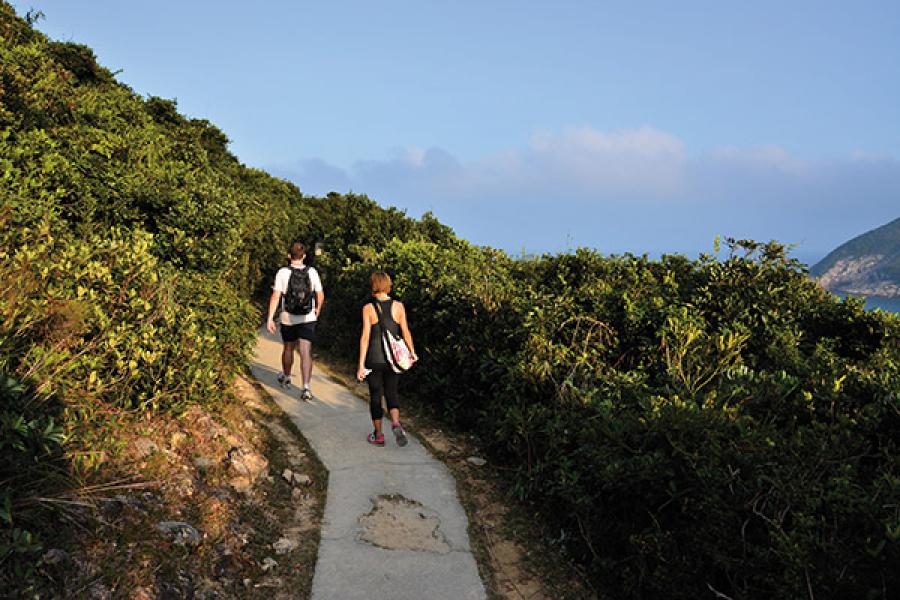 Image: Getty Images
A walk amid nature is never very far from the hustle of the city
West-wards, the terribly chic Central area has its fair share of uber trendy restaurants too. On the top of my list is Sevva for its outdoors deck and India-inspired snacks. And Duddell’s (run by Chef Siu Hin Chi, it got its Michelin star this year). A drink at its bar/lounge/deck dominated by iconic images from Harper’s Bazaar magazine is a style must.

But if I had to choose a favourite dining district it would be the unpretentious, over-crowded Soho. Food snobs sneer at it but I love that I can choose from Nepalese food one day and Greek another. Start at 208 Hollywood Road. The pizza at Duecento Otto is a class apart. And they do the best rocket salad ever. For an aesthetic overload, there’s Bibo’s—opened this April, on Upper Lascar Row, it draws inspiration from La Compagnie Generale Francaise de Tramway in Hong Kong. Art, design, food and cocktails hark back to bohemian Paris. But the coolest thing about this place is that the owner won’t give interviews. He prefers the space speaks for itself.

Further up, on Aberdeen Street, in the newly renovated PMQ, is the Aberdeen Street Social. The third collaboration between Michelin-starred chef Jason Atherton and local entrepreneur Yenn Wong of the JIA group, it is a café and bar by day and a fine dining restaurant at night.

While wending your way to the upper parts of Soho, don’t forget to get an express manicure at the standalone Caudalie Store. It is a leading French brand that uses “natural formulas inspired by the wineries of Bordeaux”.

Eventually you reach Caine Road and Elgin and Staunton Street where you can spend the entire day—and night—sampling. I recommend Santorini for beautiful Greek food. And Le Souk for the best middle-eastern food I have ever eaten.

Did I mention this hike takes no more than 20 minutes? The Mid-Levels are connected with the world’s longest outdoor escalator and walkway system. If you do the trek from start to finish, the government even pays you! Most people use this or take the public transport, when they aren’t driving their Rolls Royce. The city has the highest per capita Rolls Royce and Mercedes. And the most sky scrapers in the world.

The other reason that I love HK is that no matter where you live, you are no more than 20 minutes away from nature. From the top of the Mid-Levels, you are 10 minutes away from the Morning Trail. An entirely uphill walk of about 3 km, it is a great introduction to the challenges offered by the city’s many hills, some which of are up to 900 metres high. While it doesn’t sound like a lot, some of the trails are up to 75 km long. Forty percent of HK territory is protected by country parks, one of the highest anywhere in the world. I suspect this is why it is constantly featured in the best cities to live in.

I chase food and fitness. And, in HK, they are both within walking distance of each other—the most logical way to combine the two.

The writer was editor-in-chief of Elle India for 13 years (till Dec 2012), a role in which she influenced fashion and lifestyle